Native instruments has announced the newest release in their dj line today. It is called Traktor Pro and will replace Traktor 3 and Traktor Scratch with one unified piece of software. Owners of the audio 8 will still be able to control Traktor Pro via time code but every user will now enjoy the same features and share a common software. The underlining technology behind Traktor has been re-written, unified and improved on a number of different fronts that have resulted in some important changes.

I had the fortune of spending a lot of time with the Traktor team in Berlin this year working with the new software as it was developed and during beta testing. This has gave me the chance to understand more about the concepts that went into the new version and work with the new features extensively. 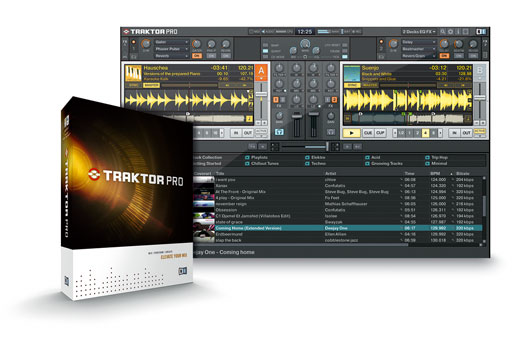 Unify and simplify seems to have been the mantra for the Dj team at NI and they have succeeded on both fronts. Instead of focusing on radical new features, the team has gone back to the drawing board and re-fined many important aspects of their dj tools. Not only did this mean a unification of their 2 dj products, Traktor and Traktor Scratch, but it also unified how users interact with their software compared to industry standard hardware like the CDJ-1000. The user interface, midi mapping area and many other sections have also been re-tooled to make interacting with this impressively flexible environment less daunting for the beginner and pro alike.

Take a look Inside

The most radical feature update you will receive with Traktor Pro is the FX section which has been completely overhauled. Not only do you now have 20 amazing new FX to choose from but a very flexible way of working with them.

Instead of a single FX engine per deck you now have 2 dedicated FX slots and any of the 4 decks can be routed to those slots. This means that you can dial in your 2 favorite effect settings and send each decks audio signal to those FX at any time. Since there are more than 20 FX you may want to use more than just 2 at one time. To aid you in that process each deck can run in 2 modes, advanced and easy mode.

Advanced mode (on the right) only allows a single effect per slot but enables full control over all 4 parameters in that effect. Easy mode (on the left) give you control over 3 effects per slot but you only have one knob per effect. In what appears to be a nod to controllerism each knob in easy mode controls several parameters and creates a musical interaction as you sweep through the full range. the result is fun, easy and similar to the super knob concept we have been pushing for a while here on the blog.

In addition to the 2 effect slots, every single deck comes equipped with a HI/Lo pass filter. The same technique integrated into our own VCI-100SE but now dedicated to each channel. 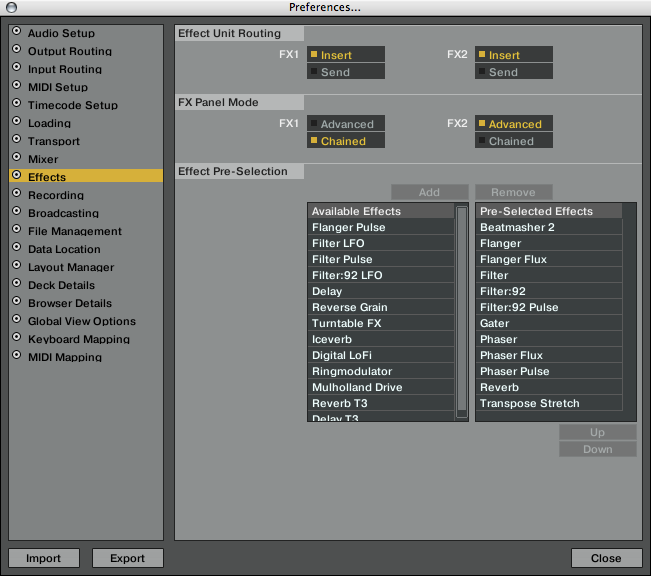 The new effects do not disappoint with a wide variety of incredible sounding tools that live up to the NI name. Native reached out to Tim Exile, who I interviewed several years ago, to help create several of the patches and the results are fantastic. Layer 6 of these effects on top of each other and you can effectively morph any song into an unrecognizable soup. Those that want the flexibility of VSTs may be left out but will not find themselves short of good options to choose from.

The theory behind cue point creation and management has been re-formated and expanded. The biggest difference you will find is the shift towards the pioneer style of cue point and loop integration. Loops and cue points are stored in the same bucket of 24 slots and then can be mapped to 8 available hot cue pads. The simplification of the interface was a much needed change. Instead of endless panels dedicated to cue points and loops, you now have a unified interface that is always present. 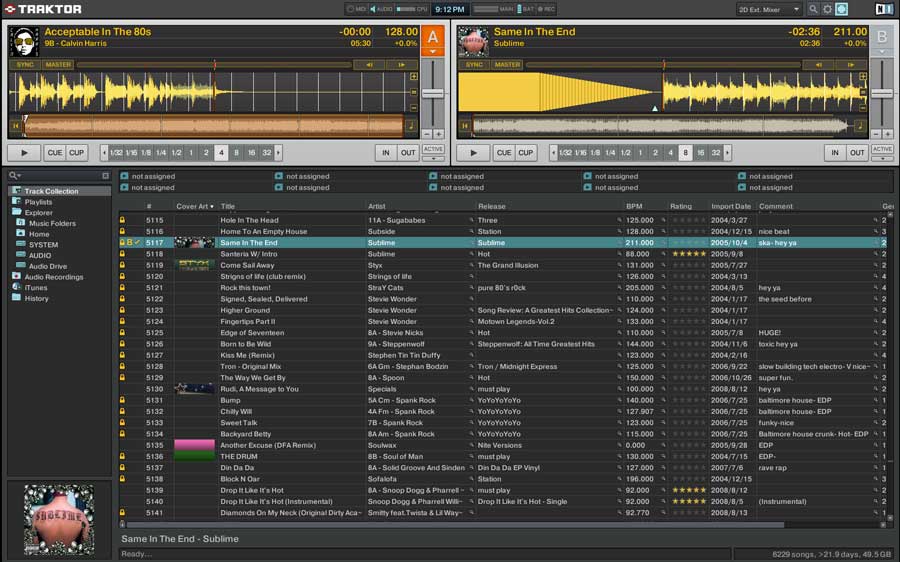 The integration of cover art into the browsing process and deck headers looks good and only makes me wish that Beatport actually provided art work! Overall, the look and feel of the new interface is very clean, strong and dare we say, Über Deutsch? 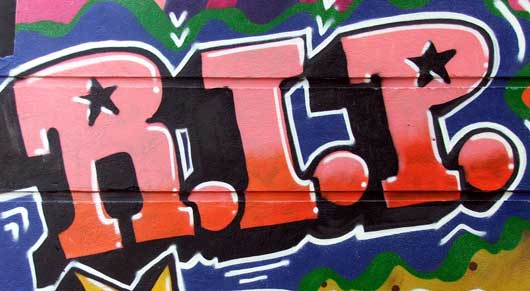 As with certain national budgets, when it comes time to strip down to the essentials, some extraneous features eventually find their way into extinction. While some may be disappointed at their loss, the net gain- more stability and greater time spent on other functions, is a reasonable compromise.

So what did you lose?

And the big question..

Should I upgrade? There are many software companies promising all kinds of new features but few delivering professional, reliable programs that will stand the test of time. While this new version may not unload a laundry list of new toys for you to play with it does continue its development into a mature tool that you can rely on. What your not seeing is the tremendous amount of time and effort put into completely re-writing everything behind the scenes. This version is essentially a brand new piece of software with major improvements to its core functionalities. What does that mean to you?