In today’s video Chris, A.K.A. PhotoJojo, takes us through the process of fixing a VCI-100 jog wheel that spins unevenly or wobbles. This technique can also apply to fixing VCI-300 jog wheels, which have the same mechanical structure and similar issues. Be sure to also check out our writer’s last video log, where he demonstrates how to get your faders sliding silky smooth again.

ADJUSTING LOOSE OR STIFF JOG WHEELS ON THE VCI-100

Often times I’ll see complaints of jog wheels that seem to move differently on the same VCI. One may spin freely and the other will make a revolution or two and stop dead in it’s tracks. Another problem is jog wheels that are to loose and have a bit of side to side play to them. Sometimes tightening the screws on the top plate can solve the problem with loose wheels, but other times the problem can only be corrected by opening the jog wheel assembly and adjusting the collar that sits around the jog wheel post. Adjusting this collar may also solve a problem with your VCI causing Traktor to turn sync off due to vibrations from loud club systems moving the jog wheels.

The first thing you need to do is remove the three screws from the top of the jog wheel. Be careful when your removing the metal plate, there’s a spring under there and it is possible for it to going flying across the room. If your adjusting both jog wheels I would recommend doing one jog wheel at a time just to keep things organized. 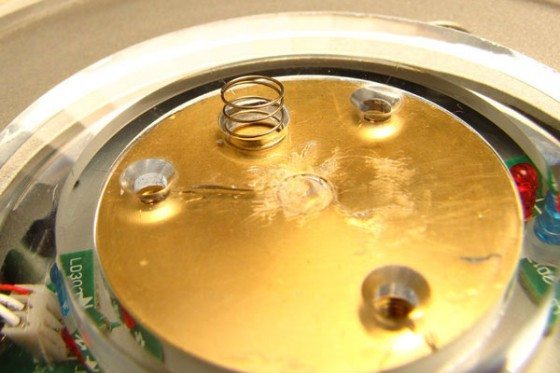 Once you get the jog wheel off remove the four screws from the top attaching the jog wheel assembly to the case. Steady it with one hand, flip the VCI over and remove the back of the unit. You have one screw on the bottom and two on each side of the VCI. Slide the cover slightly to remove it and set it to the side.

You’ll need a 1.5mm allen wrench to loosen the bolt. Once you do, the collar, which is also attached to the mirrored disc will move up and down. Next you’ll pinch the post and apply a slight downward pressure on the collar with your fingers. It takes VERY LITTLE pressure to get adequate tension between the jog wheel and the collar. While your applying the even pressure you’ll tighten the allen bolt back up. 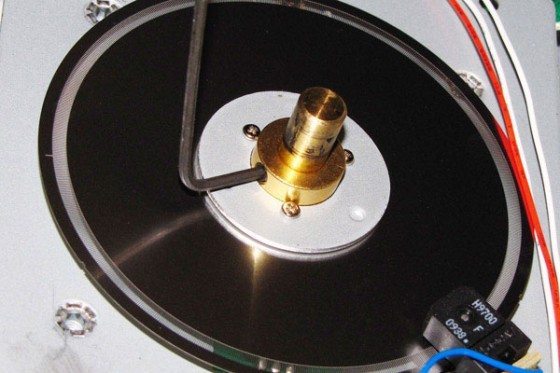 Check to make sure everything spins correctly and there’s no side to side play indicating the jog wheel is to loose and put it all back together. Once again be careful with all of your wires making sure not to pull to hard or pinch any wires between the two pieces making up the jog wheel assembly.

While your inside the jog wheel assembly you should check the optical sensor to make sure there’s no dust or lint between it and the mirrored disc. If you do see something in there just gently blow it out rather than try to remove it with something. You could risk damaging something if you try to dig it out. 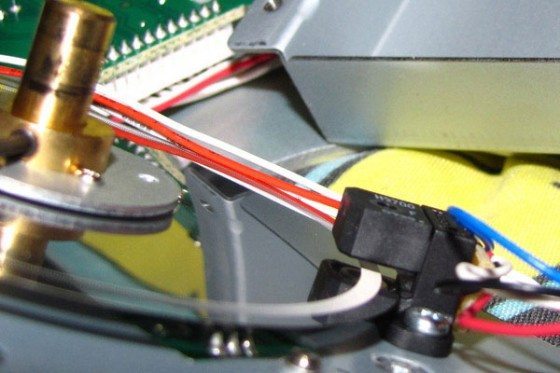 After getting the jog wheel assembly back together you’ll need to check the white bushing on the back of the assembly to make sure it’s lined up correctly, loosen all three screws and make sure the bushing is centered well and then tighten the screws a little bit at a time making sure to get them screwed in evenly.

Once you get the jog wheel assembly screwed back on you can move on to the next one if you need to adjust both jog wheels or continue with putting the VCI back together.

There you go, a straight forward guide to adjusting your jog wheels to get a consistent feel to them on both sides. Let us know how this worked out for you in the comments.

How To Practice Finger Drumming and Controllerism

How to Fix Glitchy Faders and Jog Wheels