We are often inspired by some of the amazing DIY DJ projects out there – so today we’re focusing on such mixer designed by DJ dAb that incorporates some of the more interesting product design trends into a powerful digital DJ hub. With an integrated screen, onboard computer, and an excess of controls, could the OBMFLM4 DJ mixer be a prediction of the future of DJ gear? Read on to see the full details behind this custom piece of kit.

Meet The DJ Mixer Of The Future

The OBERMod FLM4 (stands for First Love Mixer) mixer is the result of serious attention to detail in design. This is the fourth generation of this design, and this version is a compact four channel all in one digital DJ rig. The dimensions clock in at 12″ x 12″ x 4″ – including knob height and feet – so impressively it takes up not much more space than a traditional DJ mixer. 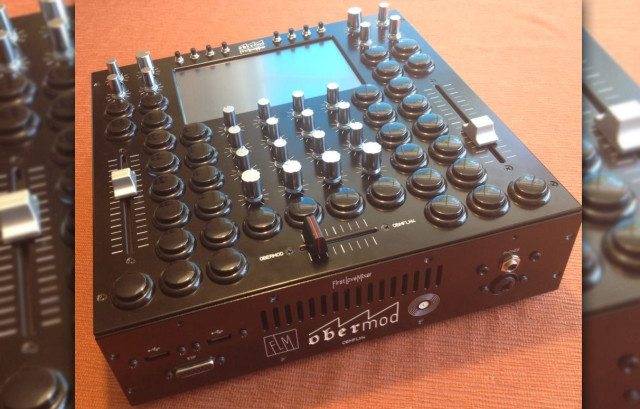 There’s an onboard computer built into the case that runs the necessary DJ software – and since there’s a Traktor Audio 8 sound inside, it’s capable of DVS control on Traktor Pro or Virtual DJ. 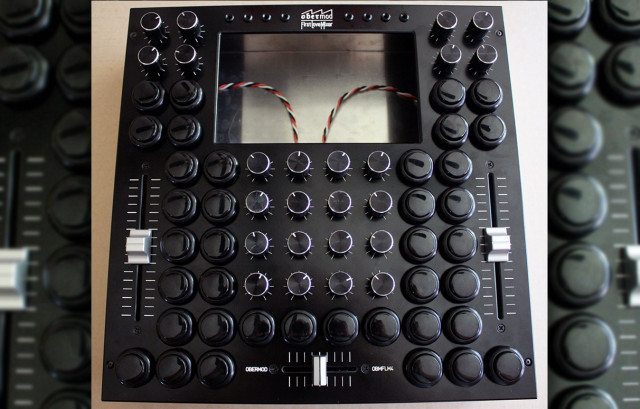 While many might find the sheer number of controls to be a bit excessive, it’s important to remember that besides individual deck control via turntables or other deck controllers, this is it – there’s no traditional computer interface (keyboard or mouse) required. Plus, the 38 arcade buttons look fantastic on this mixer, even if it might feel a bit crowded. There’s even two 100mm pitch faders, and the crossfader is an Innofader for precision scratch control:

In the above video are two other amazing features of this mixer – not only is there a HDMI and VGA output on the rear of the mixer for outputting visuals (this video is the designer testing it with Virtual DJ video control), but there’s also an easy mount to attach a second screen for monitoring the video output: 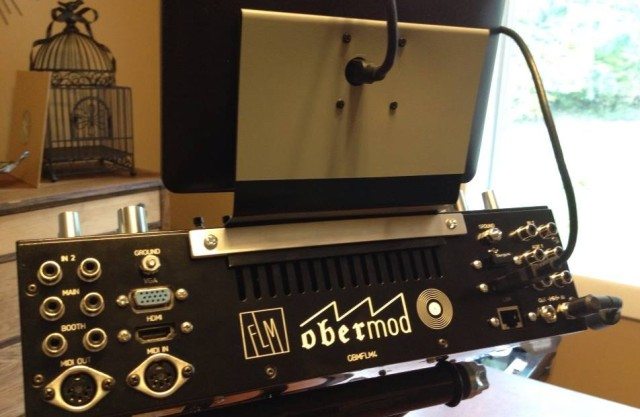 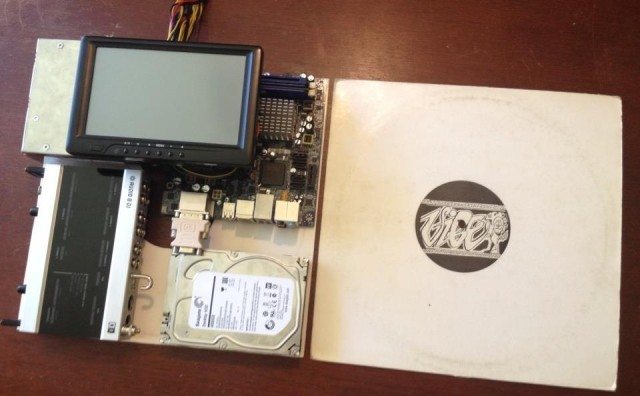 As noted at the end of this article, Sean Ober, the designer behind the OBERMod FLM4 has a long history of designing all-in-one DJ solutions. The focus in his designs is often about creating a simple, self-contained DJ setup, and an early defining part of this design seems to be in making a mixer that would be matched in size to a record sleeve. 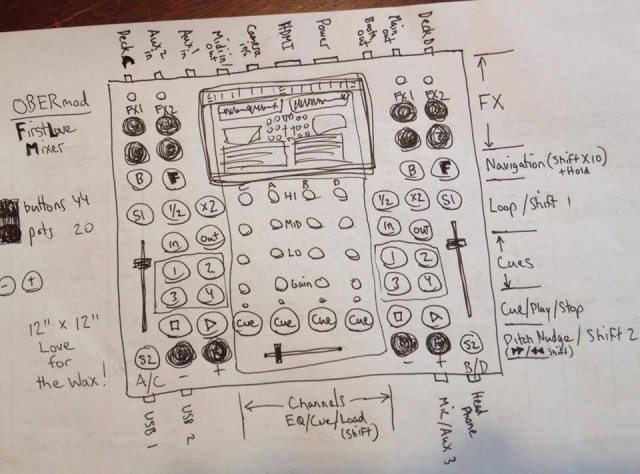 Starting with the above design layout, the entire process from starting draft to finished assembly allegedly only took just over one month. Have a look at some of the internals below: 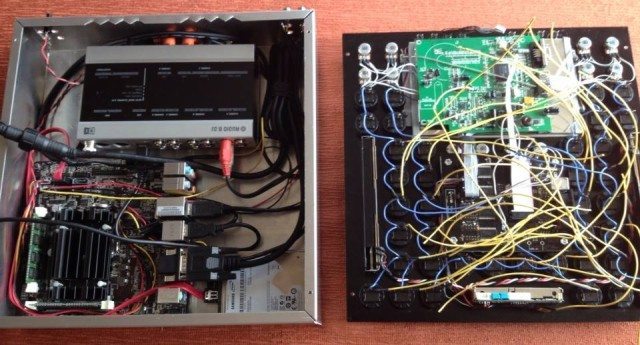 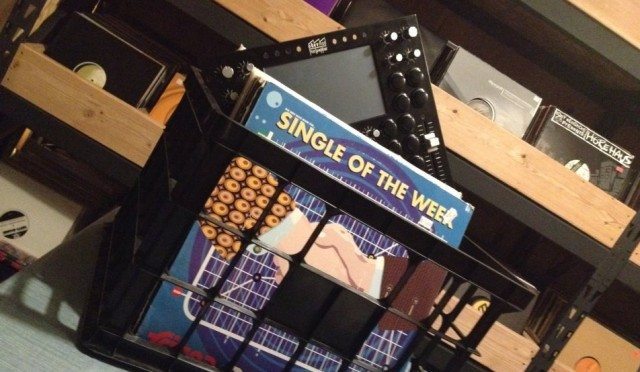 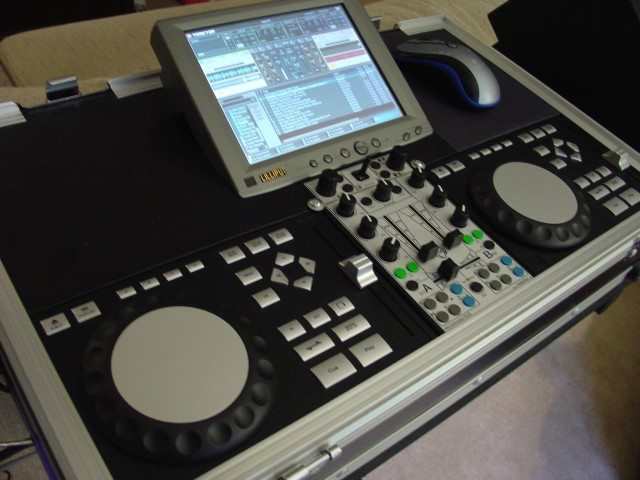 So who even created this beast of a standalone mixer / DJ rig? Sean Ober (or DJ Dab) has built his own all-in-one DJ controllers for years. Above is one of his early all-in-one creations patched together in 2006 out of a Faderfox, basic jog controllers, and an internal computer inside of a flight case running Traktor.

He’s been working with DJing, production, and DIY stuff for around 30 years, and originally got started with designing DJ setups after building modular gear. A pretty impressive history – look a few of his other creations below, with iPad control surfaces as the independent deck controls, and a second iteration of the 2006 design with 45s on the jog wheels.

All images credit to Sean Ober, who was kind enough to send over all the information on his project. Check out more photos of this mixer and other projects in this Facebook photo album.