How To Practice DJing When You’re Not At A Gig

As a DJ, one of the most difficult skills to learn is how to play to a crowd. It’s a challenge, particularly for DJs that don’t have weekly or monthly residencies locked down. So what are the best ways to get that same positive nervousness and tension that you experience when playing in front of a crowd? Keep reading for some great ideas.

Back in 2012, we published an article on how recording your sets is a critical habit for any DJ to get into. Beyond being great for self-analysis for skill level and a wonderful way to remember and document your technical development and musical taste, recording yourself DJing is a way to emulate the pressure of a live audience. There was a great comment on the article that really captures this idea:

This may sound weird but I treated the recorder as my audience. At the time I was not playing in front of anyone, not even friends and so visualizing the recorder in Traktor as my audience made me focus a lot more when mixing. When I made mistakes I actually felt embarrassed even if I was alone. After a while I began to take a closer look at the decisions I was making while the recorder was on and this lead me to get my game up progressively. Not only was I able to catch mistakes and less than appropriate decisions I had taken during the mix (like mixing in a track prematurely or late) but it also gave me confidence to start going out to play.

When I was finally at a venue I still felt the jitters but only before I pressed play, after that it felt like I was just recording another mix at home. Needless to say I was able to eliminate the mistakes I had when setting my frequencies in the mixer. My transitions became a lot more seamless even without the use of filters and it became second nature to me. After that I was then concentrating on using effects to make bigger build-ups and aid my transitions even further. Recording your mixes is something every DJ should be doing!

Streaming your set online is a great way to have an actual audience – it’s a bit like the recording yourself tip above, except there’s additional pressure because you are actually competing for attention and getting feedback from listeners. The online streaming landscape is constantly changing – but we recommend using services like Chew.TV (dedicated for DJ sets) or Restream.IO (allows you to broadcast one stream to many platforms) when setting up your streaming set.

Be careful to not put too much stock into how well you “capture” a crowd on a stream. The current state of streaming on many platforms encourages very casual consumption (on Facebook, it’s not uncommon to watch a stream for less than 30 seconds). It can be distracting to constantly be watching the viewer count, so try not to focus on that.

One of my friends recently started learning how to DJ and asked for advice on how to build her skill set in a short amount of time. My answer was simple: take every opportunity you can to mix songs together. Make it not only a private practice, but also something that you do idly while:

If you make DJing a social activity, it’s easy to get more hours in without setting aside tons of time for yourself. If you’re doing this with other DJs, it’s also a good chance to hear new music and learn new techniques by watching other people mix.

“Practice does not make perfect. Only perfect practice makes perfect.”

Both are acceptable ways to view practice – although many artists will likely take issue with the first, because it is an interruption of getting into an immersive “flow state” of focus.

It’s also important to consider that DJing is not always a well choreographed performance – it can often be full of experimentation and mistakes. If you rewind the track every time you screw up a mix when practicing, you don’t learn how to move on from mistakes and recover. You won’t have a second chance at mixing two songs together at a real gig! 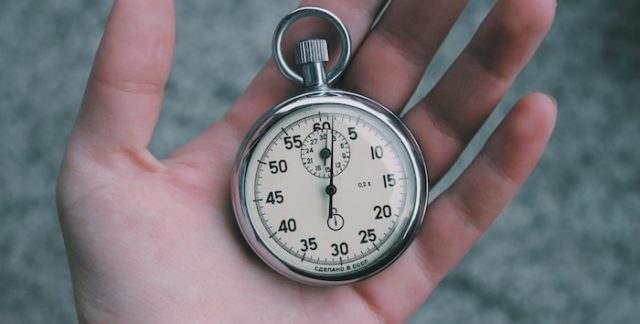 Here’s a really cheap and easy tip for creating a bit of external pressure on a studio session on the decks. When you start mixing, set up a countdown timer for yourself that you can easily see the entire time you’re DJing. This is a good practice because it forces you to consider what tracks you’ll mix into your set during that time – similar to what a DJ experiences at most gigs.

Pro Tip: Most people set timers with their phones. I find it really helps to plug it in and turn off the screen sleep settings, so that you’ve always got a running timer visible when you glance at it.

What’s Harder To Practice Without A Real Gig

Of course, not every element of DJing can be emulated outside of real performances. A few things that you only get when you’re playing in a real venue:

Have your own tips for practicing DJing? Share your thoughts in the comments below!