Why SoundCloud Bursting Would Be A Loss For DJs, Producers

Love them or hate them, the online music platform Soundcloud has been a fundamental force in the development of modern DJ and production cultures. Today, contributor Steven Maude explores why and how a sudden implosion of the site would be so devastating.

There’s been much speculation about the future of SoundCloud this month. Founded in September 2007, whether they’ll reach their tenth birthday seems far from certain, despite later assurances from SoundCloud CEO, Alex Ljung, that everything is fine. Redundancies and office closures are less the sign of a company in rude health, and more of a rude awakening.

Going from play to a sudden stop would be a shame for three reasons, whether you’re producer, DJ or a music lover – today we take a closer look at why: 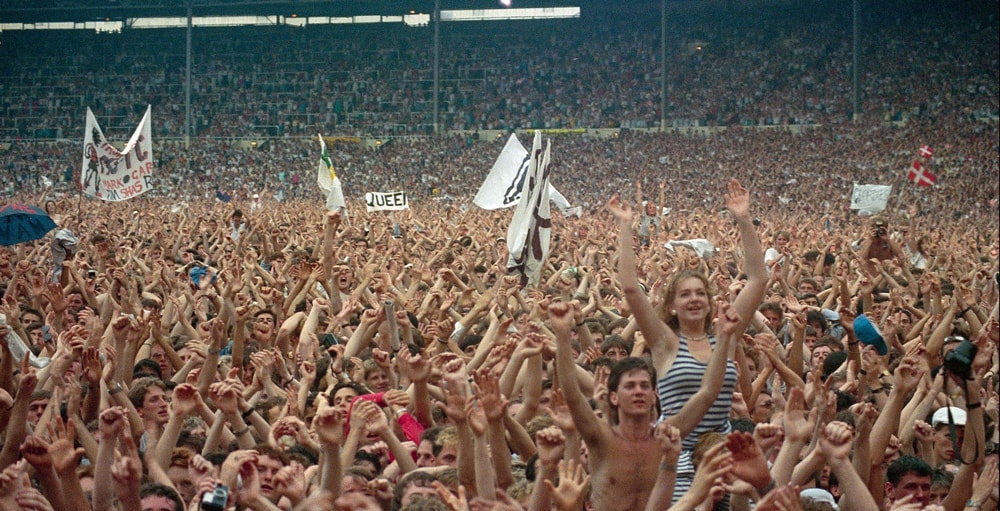 There are lots of other big streaming services out there. Where SoundCloud differs from those is that the social network aspects are tightly integrated, and there’s a lot of user-supplied, and user-created content. And the space where SoundCloud operates uniquely makes it easier to find music by lesser known or newer producers, a valuable tool for both music fans, but also DJs.

Say you happen to browse around and stumble across a producer you like. If they prolifically post work by other music makers, that gives you an easy route to more music discovery.

Where the music is new and flourishing, this works especially well; a recent example being producers making a splash with wave music. A lot of those producers are tightly woven, either collaborating or enthusiastically playing out or promoting each other’s music. Follow a few and you’ll soon discover more.

Likewise, these aspects are also important for producers themselves, leading to collaboration and discovery among like-minded artists, and pushing music onwards.

As Sorsari, a wave producer, summarised this aspect last year1:

“You see more units of artists who like to constantly help each other, whether it be providing production tips or reposting each other’s music… I feel that electronic music in general is moving forward at a faster pace because of all of these communal activities, and that more genres will arise since the community vibe is getting stronger.”

Instead of being a bolted-on gimmick, the social network features actually augment the site.

Some might take issue with Soundcloud being uniquely in the social game – Bandcamp has some of these features. But they’re not pushed as heavily: visit release pages and, apart from it showing you users who have bought the music with comments they’ve made, there’s little else.

Sheer number of users on SoundCloud also contributes to its success here. I wasn’t able to find user numbers for Bandcamp to compare, but, anecdotally, veteran DJ Gilles Peterson has 3.5 million followers on SoundCloud, with a far more modest 6000 or so on Bandcamp.

There’s a sharper delineation between creator and consumer on Bandcamp too, between fan and artist. SoundCloud resists any such barriers and, quite rightly, blurs that line. Anyone can share their own work, just hit upload.

2. Upcoming DJs and producers may have to start building profiles from scratch

Unrelated to SoundCloud’s current woes, Rinse FM — an influential London-based radio station — had their SoundCloud profile removed for copyright infringement in the past week.

For Rinse, this deletion wouldn’t be disastrous (as I explained here). They have a real world presence, heavy following elsewhere, and a separate site that provides podcasts and streaming. They could dust off their shoulders after this stumble, pick themselves up and move on. (Incidentally, SoundCloud reinstated their account a few days later.)

This isn’t as easy for upcoming artists. Throw together some mix and see your account removed for, as we’ve seen on DJTT, dropping a Drake remix. If your current following is largely on SoundCloud, and your account disappears, you have to, like Drake, start from the bottom. Again. Without being hugely popular already or having a following elsewhere that you can push to wherever your endeavors are hosted, regaining that support may be trickier.

If SoundCloud itself vanishes, then every user faces exactly this setback, a worse prospect for producers and DJs who are still slowly establishing themselves.

3. Seeing “a warehouse of music” go up in smoke

Apart from providing a framework for artists to promote themselves and a social network for producers and listeners to connect, there’s a huge collection of content that SoundCloud hosts. This is at risk, and should worry you whether you’re a DJ or producer, or not.

SoundCloud are keen to point out:

“Remember, it’s not your content. It’s not even SoundCloud’s content. All audio, text, images, comments and other data or information associated with user accounts on the SoundCloud® platform (“User Content”) is owned by the SoundCloud® user that created or uploaded it (the “Uploader”), and you must respect their rights at all times.”

It might not be SoundCloud’s content. But by virtue of them hosting it all, it’s the only place where that entire collection is currently stored and available.

Granted, some of the audio on there is likely available elsewhere, scattered like digital dust throughout the internet via commercial download stores, or other streaming sites. Perhaps it even exists physically on CD, cassette tape or vinyl.

But there will be plenty of audio that has been made publicly available on SoundCloud exclusively, and nowhere else. It would be a pity to lose it. That audio collection tells a significant part of the story of the internet having an impact on music; part-time and hobbyist musicians being able to self-promote and self-publish their own work has become an important cultural force.

As Jason Scott — who was leading an effort to archive SoundCloud — described, SoundCloud could be:

A warehouse of music that will have a “mysterious fire” someday

Any archivists frantically looting that warehouse to grab what they can are likely to be stopped by burly SoundCloud security guards from entering the burning building, as Jason Scott’s team was. (However, a user posted on Reddit to say they managed to create a mirror of SoundCloud’s content, although they are not intending to share their 900 TB archive.)

Should SoundCloud go, so does the content along with it. It’s an odd situation of our time. We have the technology to store a quantity of data that would have been almost unimaginable just a few decades ago. Yet this content is often curated by organizations that can disappear so quickly, and treated in the same disposable way: here today, wiped tomorrow.

Maybe SoundCloud turn things around or they get more investment, whether that’s led by Chance the Rapper or someone else? But if they’re still failing to make a viable business after almost a decade, are investors likely to throw good money after bad?

Maybe SoundCloud disappears and something else comes along and takes its place? Would a successor even be the same kind of little fluffy SoundCloud at all? If SoundCloud’s business model fails — and note that it’s unlikely that a lack of users is the problem — where’s the logic in developing a SoundClone as a new business?

In any case, the disappearance of the platform would be a shame, as Josh Constine at TechCrunch laments:

“The fate of the world’s biggest collection of bedroom remixes, garage recordings, living room podcasts, basement DJ sets and all other manner of home-made sound is at stake. The death of SoundCloud would be a sad blow to the independent musicians who are scraping by as it is.”

DJs can now stream offline from SoundCloud with new subscription

How Streaming Music Services Could Be Better For DJs