Samples are the foundation for many current productions. Producers can spend a lot of time crafting each sound of a track individually, so from a productive perspective, samples are often an efficient path.

We’ve seen a rise in online services that offer sample or individual sound downloads from thousands of sample packs. Finding a kick, snare, riser, piano loop, and vocal chop has never been easier. Like DJ pools, cloud based production services are becoming a dominant new set of tools for producers. Read on to see a comparative review of three such services – Noiiz, Splice Sounds, and Loopcloud. 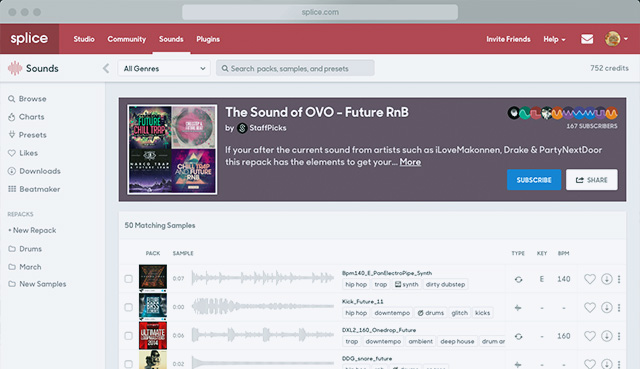 Splice Sounds comes from the same team behind Splice, the project sharing service. In the recent years, Splice has become a hub for producer’s to grab soundpacks. Some sounds are even made by big name producers such as Pegboard Nerds, Lex Luger, DJ Shiftee, Deadmau5, KSHMR, and the list continues. Splice’s UI is intuitive which makes finding a specific sound easy when in the studio.

A unique offering from Splice Sounds is their MIDI file packs. MIDI files are more valuable than samples and will cost 10 credits versus the 1 credit for samples. However, these MIDI files can be stepping stones for producers learning how to make melodies and chord progressions. Deadmau5 is one of the notable producers who released 50 unreleased MIDI melodies. MIDI files also allow for more control over the sound (samples are limited by being audio-only). Splice Sounds is available as an app for both Windows and Mac OSX.

Presets are also available through the platform. The current offering for presets includes Serum, Massive, Sylenth, and Spire. Presets are generally 3 credits. Splice Sounds is available as an app for both Windows and Mac OSX. There is a 14-day free trial available for new users. 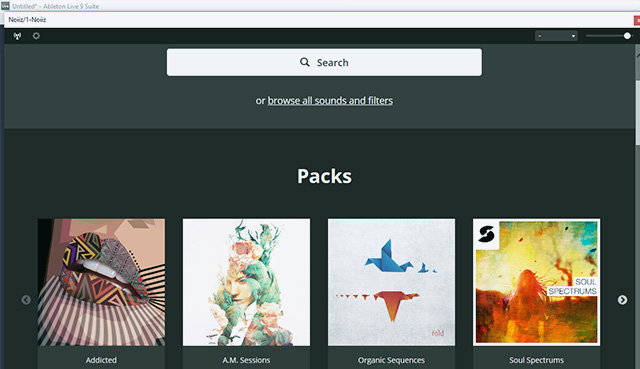 Noiiz comes from the same awesome people behind Samplephonics. Samplephonics is curated by a sample-loving community and the sounds have been used notably by producer Flume. Noiiz offers exclusive Samplephonics which has built a solid following of producers who are hungry for these sounds.

Interestingly, Noiiz uses a VST plugin to import sounds into a producer’s DAW. The VST plugin offers a lot of control over to navigate the Noiiz library as well as pitch and BPM for samples. The best part is the ability to drag and drop sounds straight from the VST into the project. This makes for quick composing, keeping that creative flame burning. 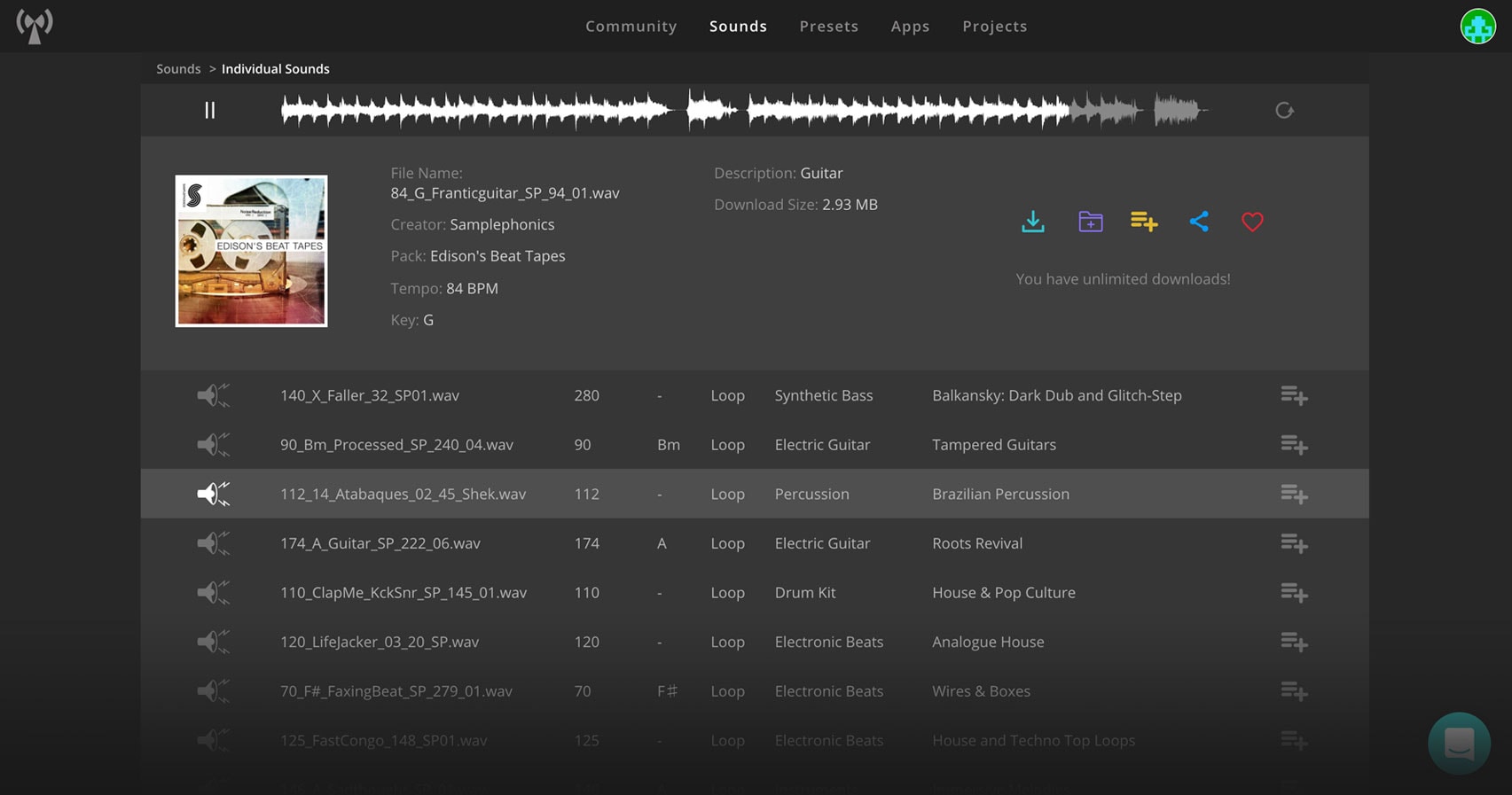 Noiiz also offers the ability to create folders which makes organizing sounds a lot easier from the get go versus downloading hundreds of samples that need to be sorted later. Presets are available as well for Massive, Sylenth, FM8, and ES2 with more to come soon.

For the price, Noiiz offers the better deal in terms of downloads since 1GB can be a lot more sounds than the credit system used elsewhere. Noiiz is available for Windows and Mac OSX, and there’s is a 15-day trial for new users. 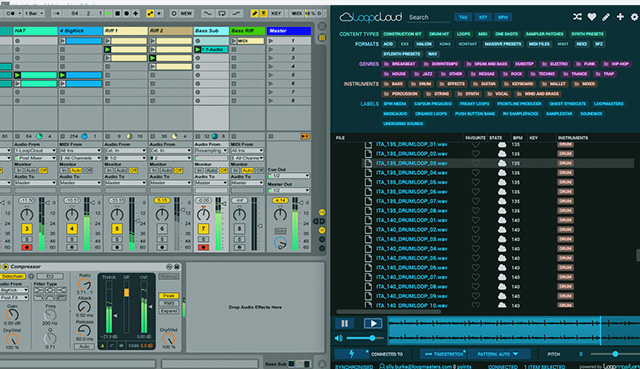 Loopcloud is not like the other two services in this article. This service augments the purchasing experience through Loopmasters. Some producers don’t want to cherry pick samples and find purchasing a sample pack with a specific sound is more productive. For those producers, Loopcloud is where it is at.

Through a VST, producers can browse the Loopmaster’s library, purchase new sounds or use previously purchased sound, and sample the sounds in the current project. Now, this is actually a great place to get free sample packs. With a free Loopmasters account and Loopcloud, producers get 1GB of exclusive free samples through a Welcome Pack and about 10 free pack samplers rotated every week. 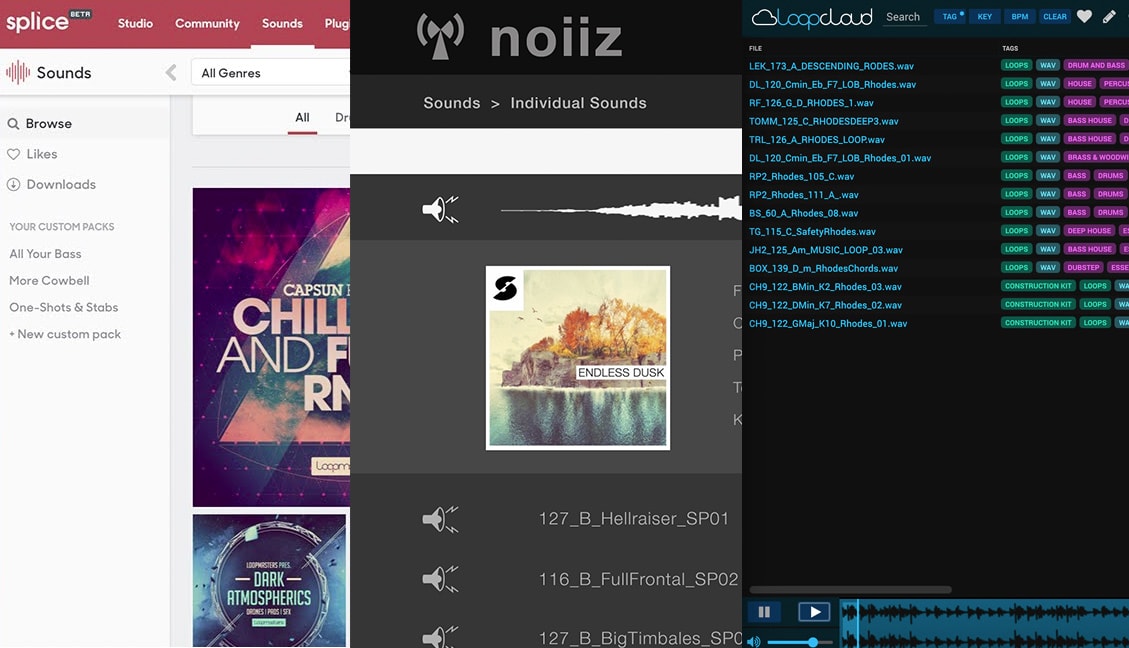 Even if you aren’t shopping for for samples, downloading this app and downloading the free content will give you a nice library to go to in-case a need arises.

This is just a short round-up of the most prominent cloud-based sample markets available now. Samples are the backbone of most producer’s tracks and they allow anyone to get started with creating music, even with a lack of equipment. Services like these make finding a specific sound ten times easier than it once was for producers. (Remember scouring forums for sample packs?) Splice Sounds, Noiiz, and Loopcloud all offer a great way to obtain new sounds, each with a different approach for different types of producers.

Do you use Noiiz, Splice Sounds, or Loop Cloud? Do you use a service we didn’t mention?
Let us know in the comments!
appsarpsclapdeadmau5hi-hatkickskshmrlex lugar
20
You might also like More from author
Reviews

We Tested 3 Online Music Creation Tools You Can Try In 2023: Soundful, Soundtrap +…