We’ve watched carefully over the last two weeks as the hype has built for Rane DJ’s return. Today, they’re officially announcing two products. Twelve is a turntable-sized, motorized MIDI controller, while the Seventy-Two is a battle mixer with a clear goal: winning the throne back from the DJM-S9. Keep reading for all the first details.

What happens when you take a decades-old DJ hardware company and sell it to  InMusic? We’ve seen already their angle of attack with Denon DJ, and the Rane approach seems similar: put out products that are highly competitive to the market leader and strive to offer something unique at the same time. 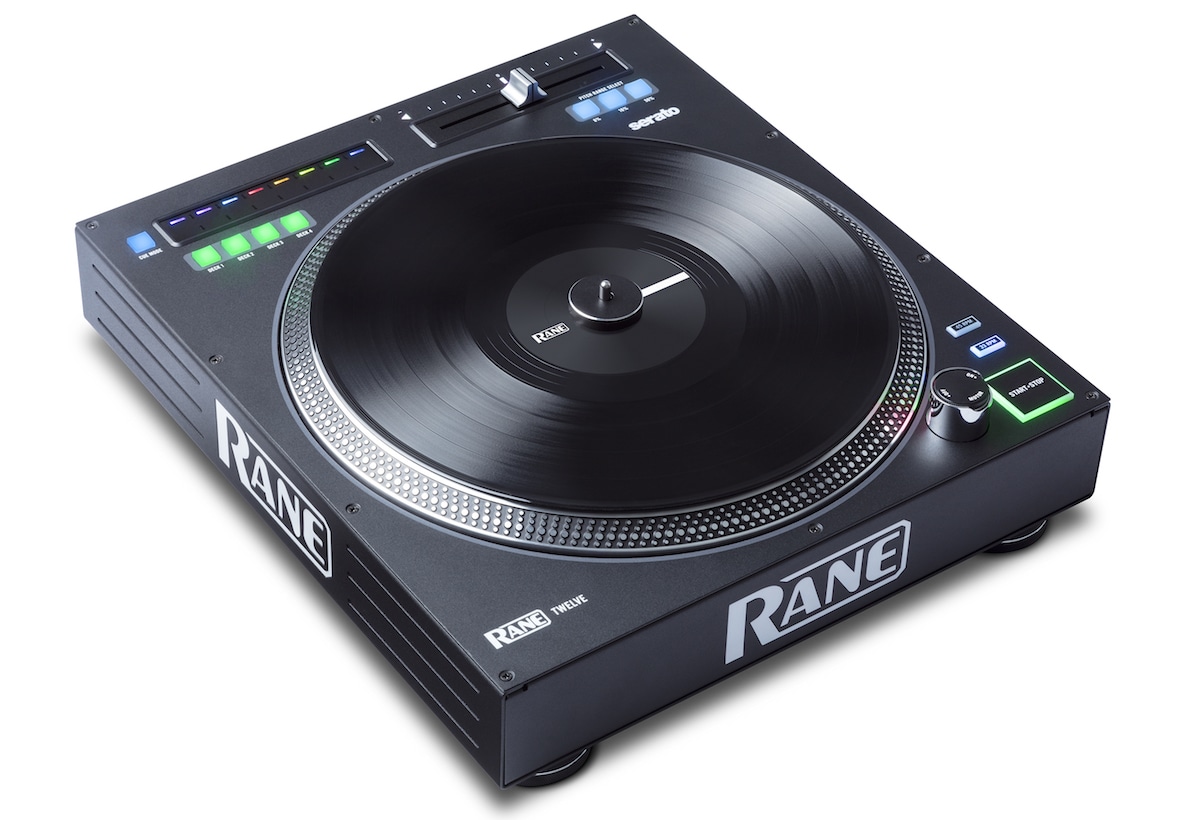 Rane DJ is coming out swinging with a product unlike any they’ve made before: a MIDI controller that’s emulating a complete turntable tactile experience. Motorized controllers and vinyl-emulation we’ve seen before (famously in the fundamentally flawed Technics SL-DZ1200) – but this is a new level of design.

You can’t play any media on this deck standalone – it’s a MIDI controller in every sense. Instead of a tonearm, there’s a strip search control. It’s the exact size of a DJ turntable with a 12″ vinyl platter – and has a single USB out for connecting to a computer (or the back of the Seventy Two). Here’s the rest of the features from the Rane press release:

The press release also notes that the Twelve is Serato DJ OSA READY (means that it will be pre-mapped in a new update to Serato DJ. There’s no support for Traktor at launch – and InMusic indicated to us that it would be up to NI to make that happen if they wanted it. 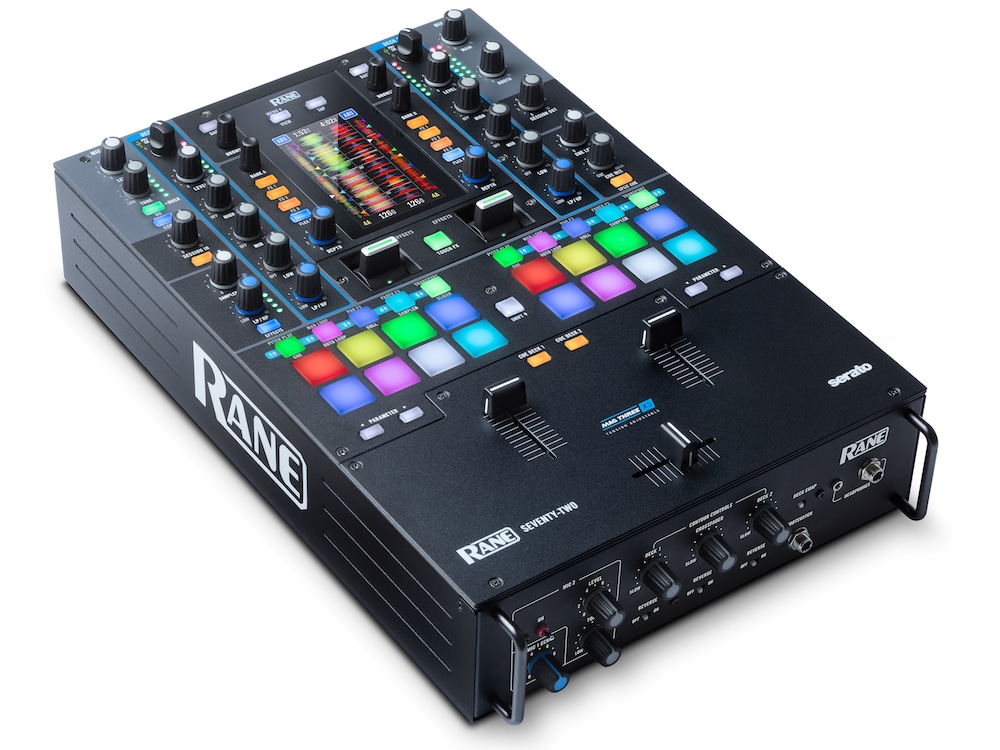 We’ve already written quite a bit about the Seventy-Two when it was first introduced last weekend as a surprise prize for the DMC US Finals.

Suffice to say the official reveal continues to impress. There’s a classic Rane focus on build-quality (something that they’ll likely tout over Pioneer DJ’s DJM-S9, which is comparatively very plastic). Rane DJ apparently already had this design in their labs when InMusic took over – and it shows.

There’s new fader technology in here – much of which is adjustable form inside of the touchscreen thanks to new magnets in the faders themselves.

The screen on the mixer feels like an InMusic addition – and it has the potential to be amazing. We’ll see how the final experience feels when the mixer is released. It does feel like it ensures that only Serato DJs will be using this unit – it seems unlikely that any other companies will develop official waveform displays (but of course basic MIDI mappings might appear).

There’s also XY pad effects on the mixer’s screen – which can control the built-in mixer effects or the Serato DJ effects. We can already hear fans of Kaoss Pads starting to get excited. Add to that the FX units can all work in a chain – unlike the DJM-S9, which allows control over internal mixer FX or Serato FX units one at a time.

Stay tuned to DJTT for more details about the Rane Twelve and Seventy-Two as they become available! Would you buy one? Let us know in the comments.
battle mixerrane DJrare seventy-twoseratoseventy-twoturntable controllertwelve
Share
You might also like More from author
DJ Gear Announcements