Silent Discos are becoming more popular throughout clubs and festivals. The novelty of being given a pair of wireless headphones with three or more different channels of music to listen to is still fresh. For many DJs, this is new terrain and the concept flips the dynamic of DJing on its head. How do you mix when you can’t make out your audience? What are the differences between sound coming out of a PA system and a pair of headphones on each person in the crowd? Read on for tips and techniques for when it comes time to DJing your first Silent Disco gig!

The earliest reference to silent discos comes from a 1969 Finnish science-fiction film Ruusujen Aika (A Time of Roses) where characters wear headphones during a party. The concept of using headphones instead of sound systems would be used by eco-activists in the early 1990s to minimize noise pollution and since then technology has allowed the party genre to grow. In 1994 Glastonbury Festival linked an on-site radio station to a video screen so attendees could watch the World Cup and in 2000, BBC Live Music held a “silent gig” in Cardiff where concert goers listened to a band and various DJs through headphones.

The term “silent disco” has been around since at least 2005 with Bonnaroo advertising such an event that year with DJ’s Motion Potion, Quickie Mart, and DJ medi4. DJ Motion Potion’s Silent Frisco, now known as HUSHconcerts, was the first company to produce a multi-city Silent Disco tour in 2008 with Silent Soundclash. 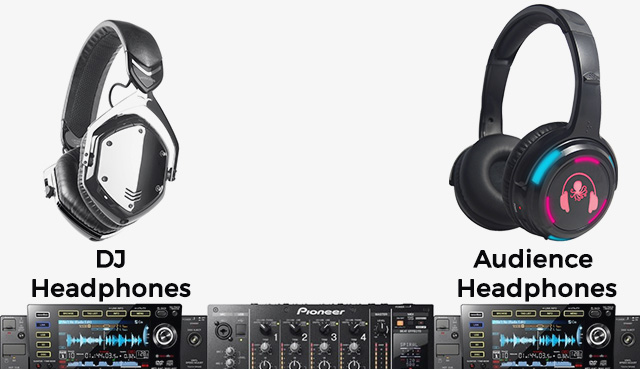 On the topic of headphones, there is a good chance you will actually be able to get a good idea of how many people are listening to a DJ’s mix. Many Silent Discos utilize LED headphones that color code each channel. Thus, you can look out into the crowd and see how many DJs are listening to your mix and begin to read the crowd. 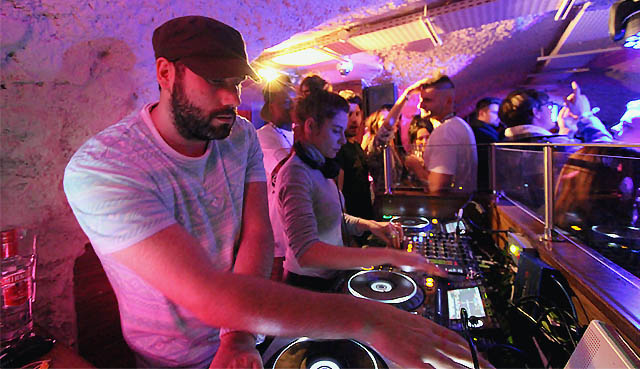 Typical Silent Disco setups involve 3 (or more) DJs mixing on separate channels. DJs are not only sharing the entire crowd but are also competing with other DJs to play to the crowd. Where as traditional solo gigs give a DJ a “captive audience”, here the audience can switch if they aren’t digging what you are mixing. Stick to your style and sound, but consider playing familiar tracks, vocals, and remixes so the crowd stays on your channel.

Having a good sound Is only part of the battle when it comes to sharing and competing with the other DJs on stage. The crowd is going to also be feeding of the DJs body energy and stage presence. Take, for example, DJ A is jumping up and down. DJ B is lazily mixing with their head in the laptop. DJ C is fist pumping whilst belting the lyrics. The crowd will probably be more heavily listening to DJs A and C instead of DJ B who seems bored to be there. The crowd has the choice to listen to a DJs mix and they have to be persuaded based on sound and stage presence. Missing either component means a low amount of listeners and a DJs nightmare. 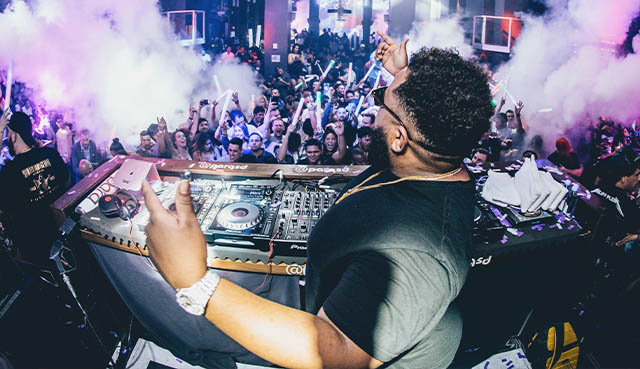 In a normal club setting, a DJ can start slow and ride the night out like a rollercoaster. All the DJs on stage will be playing different styles and energy levels. There is no agreement as to when to go high energy, when to bring down the house, etc. Therefore, it is best to go big right out the gates. Think of the audience as people scouring through radio stations to find a good song. That being said, if the audience is bored of sitting through a 2-minute long build-up, they will just switch to a different channel! Start out the set with a couple big or familiar tunes. Ensure to keep the mix fresh by mixing constantly every couple of minutes. Here, extended mixes don’t always play out well.

Disclaimer: Of course, play the gig you were brought on stage to play. If you are DJing at a Silent Disco that is meant to have two hours of psy-trance, then longer mixes will be fine. Go with your instinct.

Engage with the Crowd 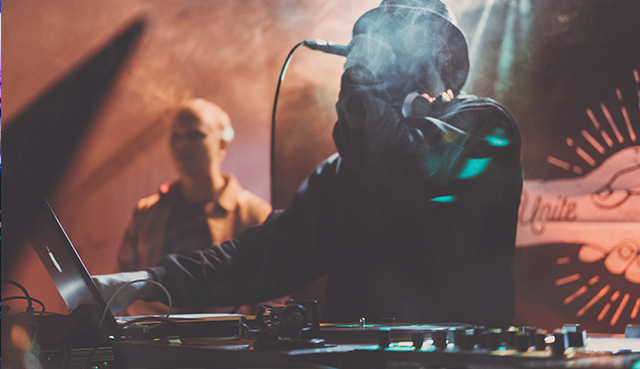 The audience is staring up to three different DJs and it isn’t clear who is mixing on which channel. Therefore, the audience needs a bit of help to understand which DJ they are listening to through their headphones. Get on the mic and introduce yourself. Let them know what you will be spinning and maybe even let them know how to change channels, increase volume, etc. Statistically speaking, silent discos are relatively new and many people will be experiencing it for the first time. Furthermore, different clubs, events, and festivals will use different headphones. People may need some guidance and the DJ is the first place they will look.

Step Outside the Box

Silent Discos are very liberating for the audience, giving them the power to tune out if they don’t like the sound. If you don’t normally speak on the microphone, come up with a handful of statements you can say on the mic to get the audience familiar with you and your music. Also, ensure that your crate for the night goes beyond a playlist that spans the duration of your set-time. Unless it is evident that you are supposed to be DJing a specific-genre, you may find that you need to go outside your normal genre to rope the audience in. Have some bangers, familiar vocal tracks, and classics that you know people will recognize when you drop them.

Silent Discos are a unique breed of events that every DJ should get a chance to experience. It is so strange to walk on stage and hear nothing but the crowd; talking, singing, and shuffling their feet. No music. Then, when the headphones are on the magic begins. The DJ gets right into the head of the audience. Hopefully, these tips help DJs new to the format get more familiar with how to DJ a silent disco.

Have you DJ’d a silent disco? Share your tips and experiences in the comments below!

Preparing for any DJ gig: 9 tips from the DJTT community

DDJ to CDJs: Practicing For CDJs With A Pioneer DJ…