Today, we’re spotlighting John Osborn, a Berlin-based producer known for his powerful, bass-infused dark melodic techno sets. In the artist spotlight series, we ask in-depth questions of real artists and DJs. Discover what inspires these creators and what tools they use.

Turn on one of his DJ sets as you read the full interview below:

“I made people happy, [..] I made myself happy, feeding my obsession of mixing house & techno.”

I started going to clubs when I was 17 and went to Andrew Weatherall’s Sabresonic nights at Happy Jacks, South London and Friday nights at Club UK in Wandsworth.

On my first few visits to these clubs I was immediately fixed on what was happening in the DJ booth. I was one of the mid- 90s trainspotters kids, spending most of the night glued staring into the DJ booth, trying to work out what voodoo was going on there, I was hooked right from the start.

It wasn’t until I was 19 that I got my decks from my student loan. Around the same time, I was going to lots of house parties in London and was never very good at social situations. I saw being the DJ the perfect way to attend the party and circumnavigate all the awkward social situations. I quickly found I was in my element – It seemed that I made people happy and most importantly I made myself happy, feeding my obsession of mixing house and techno. Not much has changed in over 20 years – the essence of what made me a DJ is still strong.

Immensely. Weatherall always championed what one called call an “outsider sound”, and in 1993 the Sabre of Paradise crew were without a doubt part of the modern cyber punk techno sound.

That punk attitude resonated with me, and still does today. I always intuitively lean towards the underdogs, those that think differently to the masses and those that are prepared to totally destroy what they built up themselves to allow the new to grow.

To this day, I still play a more challenging sound and it comes from that particular period of UK London sound & scene (Fat Cat records, Alex Knight, Mark Broom).

How do you assemble the perfect mix?

Nowadays I actually do the opposite of ‘assembling the perfect mix’. I stop thinking, or at least try to get to the zone were I am in the flow, no longer thinking about what I will do next, but just allowing it to happen. This is a special moment when this happens, it is almost meditation.

I have had many moments where I have pulled off an extremely complicated mix, and as it is happening I can see my hands moving, but there was never a clear thought saying “do this” or “turn that up”. It just happens, and when I come out of this state of consciousness, it can be very overwhelming, sometimes too much, so I have to move on quickly with the next mix. Never thinking – just allowing the energy to pass through me. I guess this is the point you get to after you’ve put in your 10,000 hours!

What DJ gear do you find inspiring?

[CDJ-2000NXS/2 players] blew my mind once I was shown how to use them properly. I stayed away from CDJs right up until the first NXS players came out, and had played vinyl for over 20 years. Once I was shown what these things were capable of, I never looked back.

House and techno was for me always about looking to the future and not an odd retro cool nostalgia. If one is really open to the tech the creative possibilities are outstanding.

Why did CDJ-2000NXS’ convince you to give up playing records?

I never really touched the CDJs until I went to play in the U.S. for the first time. I went on a tourist visa so I knew dragging 30 kilos of vinyl might give me away upon entering. Therefore I ripped and burnt CDs for a few weeks straight.

This got me acquainted with the machines, but they still looked so complicated to me, with so many functions I had no clue about. [Since] I did not have them at home I was never going to ‘try them out’ in a live situation – so I just used them in almost exactly the same way I did Technics.

I later found out how to rip vinyl in such a way that it sounded way better than playing the actual vinyl in the club. This concept really turned my head. I did not care for being a vinyl-only DJ, I was one by default due to my pure CDJ ignorance, but I did care about sound quality – a lot. Of course I liked to think that playing vinyl was the superior sound (and in a way it still is), but the ripping method I use was a game changer. 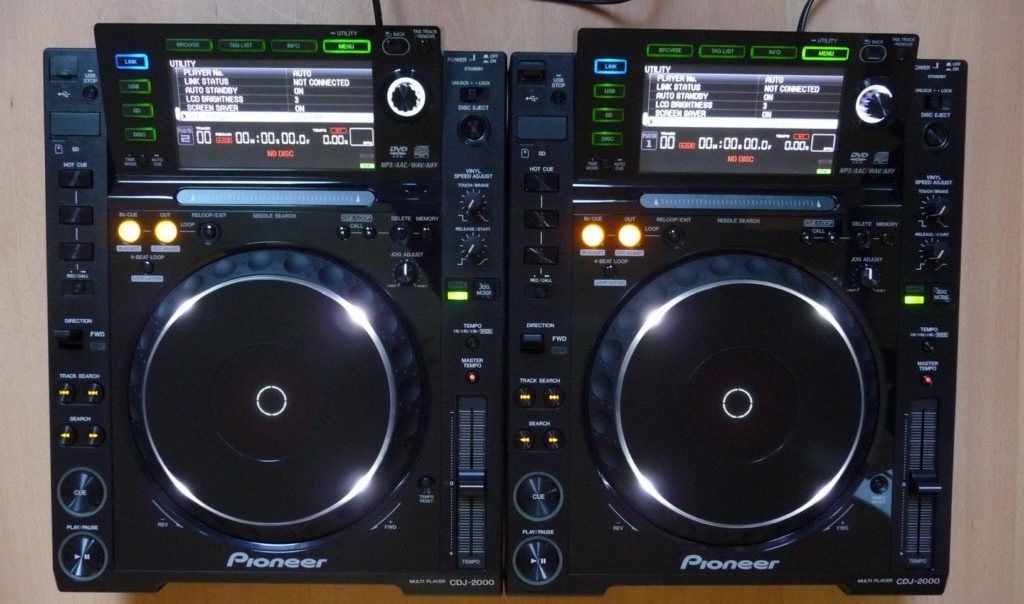 I decided I better figure out what all these buttons [on CDJs] do. Fortunately, here in Berlin there is a wonderful man who goes by the name of Jonty Scrufff. He works as what I call “Pioneer’s man on the underground” and he actually trained me. I took to it like a duck to water.

Suddenly a whole world of possibilities of mixing opened up to me that I had never thought of before and were/are simply not possible on turntables. I remember clearly the first few months I had a pair, I was super excited to get home and just ‘have a mix’ and attempt to do all these mixing ideas / tricks I had in my head. Bare in mind I had not had this ‘have a mix’ desire for a very long time, I’d only mix at home if I was recording a requested podcast. 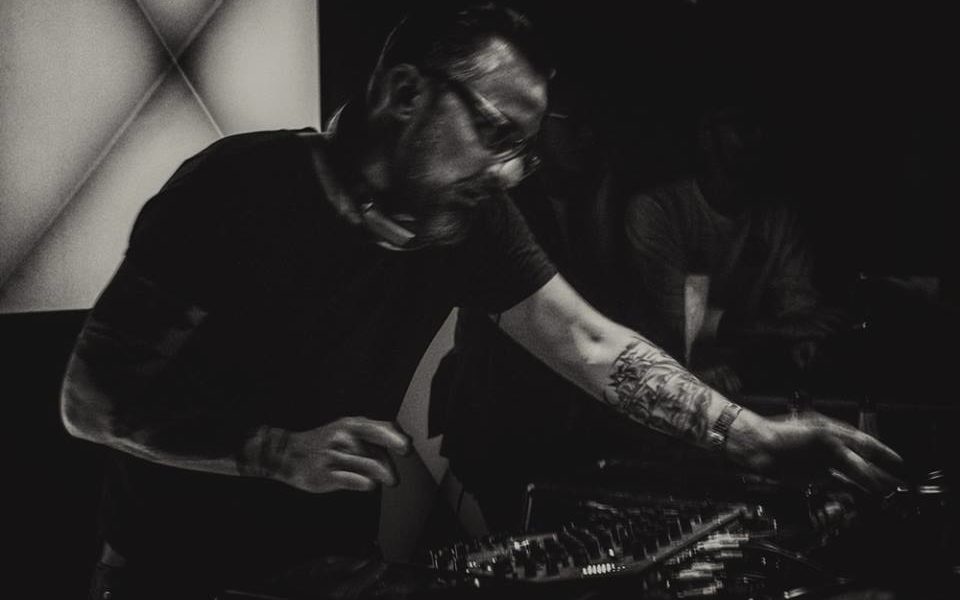 Suddenly, I found myself with exactly the same enthusiasm for mixing as when I first got my Technics 1200s in the early 90s. The looping possibilities and the hot cue loops took my concept of mixing and smashed it.

Suddenly mixing was no longer about one track after the other. Now I could be deep in a mix with 3 decks, and on each deck jumping around points in the tracks playing, tearing them apart and genuinely creating something new. It’s a very exciting feeling being in this zone with these tracks being blended together and having no idea what track with ‘pop out’ the other side of the mix.

It was learning these machines that made me realize that with vinyl, I was just going through the motions, I wasn’t pushing myself or learning new stuff, and that’s no good in my view.

Contrary to most DJs, I prefer the Pioneer DJM-900NXS mixer over the Allen & Heath, but if I had a choice and could play at every club with the same mixer, it would be the new Formula Sound/Funktion-One FF6.2 L mixer. It is a dream layout and sounds so so good.

The sound (when used with a correctly-tuned Funktion-One rig) is second to almost none [but also the mixer’s] layout for me is perfect. It is a musical instrument when used correctly and the layout & features are what steal the show.

Having a low pass and high pass filter on each individual channel with lovely sweeping curves is so enjoyable to use. Combine that with a 4-band EQ on each channel and you can really comb out and shape particular frequencies in the mix. Formula Sound have got the layout right on all their mixers [meaning] the spacing between the knobs and faders. There’s lots of room to really grab them and play this mixer without fear of disturbing other knobs unintentionally. It’s a cream basically.

Follow John Osborn on Soundcloud and RA. This interview was edited from it’s original form for length and clarity.

DJ advice from Steve Bug: “Learn how to beat match, no matter what equipment you’re…

Interview: Stimming on his new album, pigeons, & straying from functionality

Staying creative as a DJ during COVID: Tips from artists…