We love small-run DJ tools made by independent companies. Today we’re featuring Timetosser, an in-development audio resequencer that every DJ and live producer can get excited about. It’s a small box, about the size of an audio card, that allows magnificent in-tempo rearrangement of the playing audio. Best of all, it does it without a computer – so any setup works well with it. 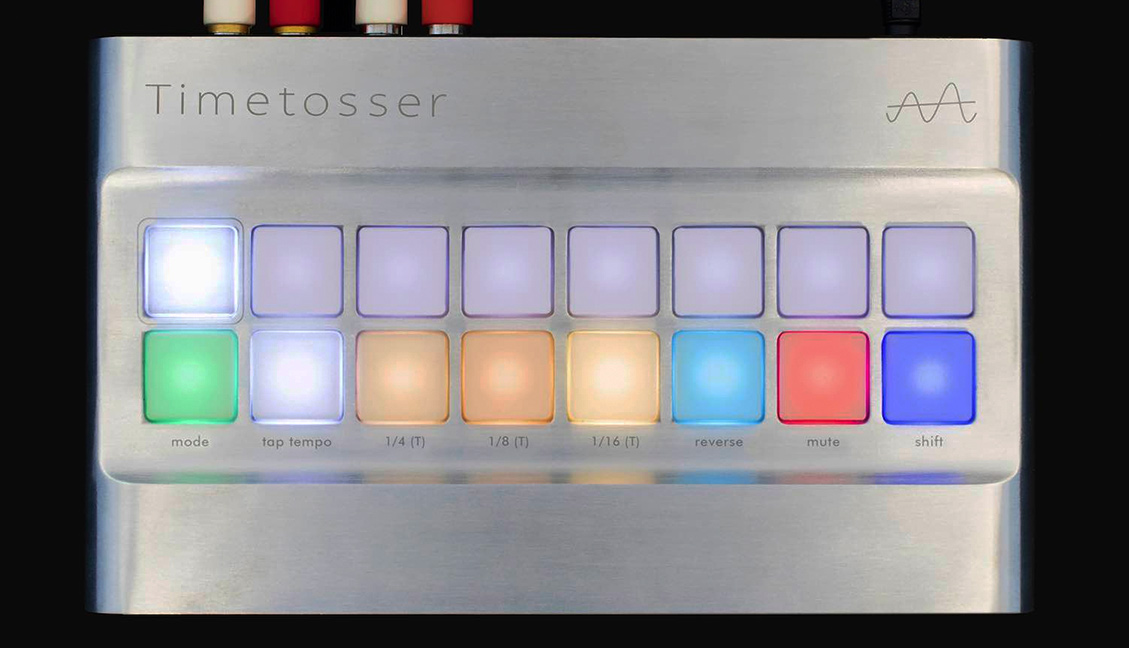 How Does The Timetosser Work?

The Timetosser unit is a pure FX unit that you can send or passthrough audio to. It has two pairs of RCA ports (for in/out) as well as a USB port (to use as a controller or audio interface) and a 1/8″ sync input for MIDI and analog gear tempo syncing.

Instead of more simple effects where you adjust the amount/depth, the Timetosser is designed to be played. The video below does a pretty good job of showing off the different functions – but here’s the basic workflow:

Essentially, the top row of buttons holds the most recent audio in a buffer at all times, allowing a DJ to quickly jump back in time.

The unit also has reverse and mute modes for more utility – demoed in the video below as well. Mute can be ‘gated’ using the top row of pads.

Here’s the current specs from the official Alter Audio website:

When Is It Out?

Right now the Timetosser is still “in development” – but they have taken their prototype units on tour, showing them to artists, and even presenting them to attendees at ADE last month. Based on posts on their Facebook page, it looks like Timetosser will be going to a crowdfunding platform soon to attempt to raise money for larger production runs. They also indicated in mid-September that the official launch wouldn’t likely be until 2018.

Have ideas about what you’d like to see Timetosser do? Speak up in the comments, we’re certain the development team will be watching.
audio fx unitfx unitslicingtimetosser
Share
You might also like More from author
News