Custom gear in a heavily saturated world of gear is rare – but French producer and live performer Vitalic has a unique controller with Ableton built-in. Watch the custom unit in action from a show in Paris, then keep reading to learn more about the features and design.

Vitalic has a pretty incredible live show. It’s a paired-down studio setup, with Ableton Live at the core and a few pieces of outboard gear. If you haven’t seen him in action, tap into this fun set live streamed from Paris on Monday night by Cercle:

The controller has a screen in the center of it – which from many shots in the livestream, appears to be running Ableton Live in Session mode. This looks like a pretty nice way to remove your laptop from the stage, but wouldn’t it make more sense to increase the resolution some on this screen to make it easier to see what’s going on?

To the right of the KOCMOC is an Apple Magic Trackpad. This is a good indication (but not a guarantee) that the brains of the unit is a Mac (perhaps a Mac Mini or headless laptop):

On either side of the KOCMOC appear to be power, ethernet, MIDI and audio connections. We’re not entirely sure of the I/O capacities of the device – but the audio connections do seem to be limited. Perhaps there’s an external soundcard in the mix that’s being used with the line mixer on the left side. 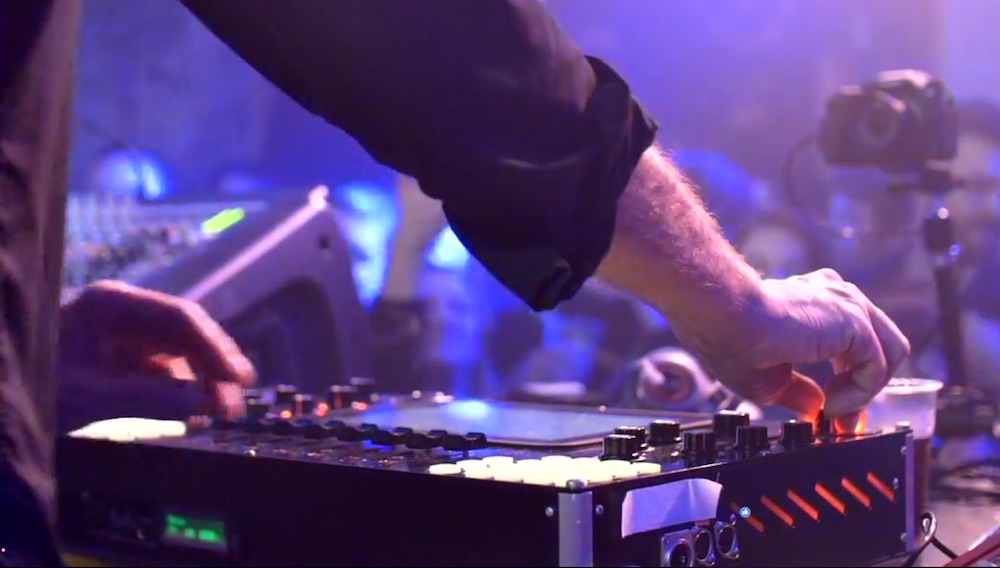 Another view from above: 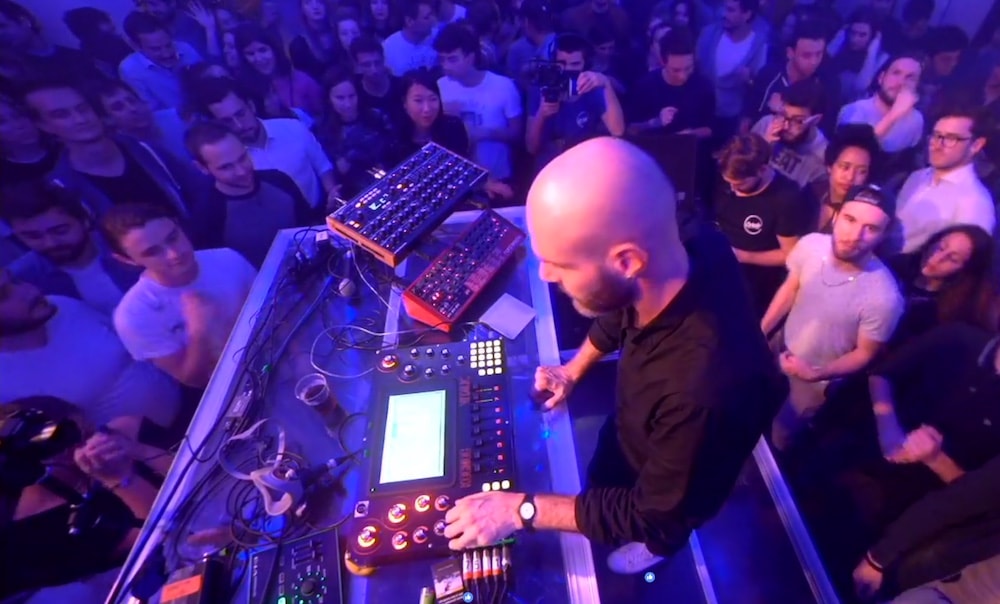 After watching the set embedded above, it looks like Vitalic uses the knobs on either side of the screen as filters and device control knobs. The pads underneath are clip launchers (and maybe also mapped to step sequencers, but it’s unclear). The faders along the bottom of the screen are (fairly obviously) for each channel in Ableton.

This unit has all the tell-tale signs of being a Livid Instruments design – the buttons used are very similar to other Livid controllers like the cntrl:r they designed with Richie Hawtin: 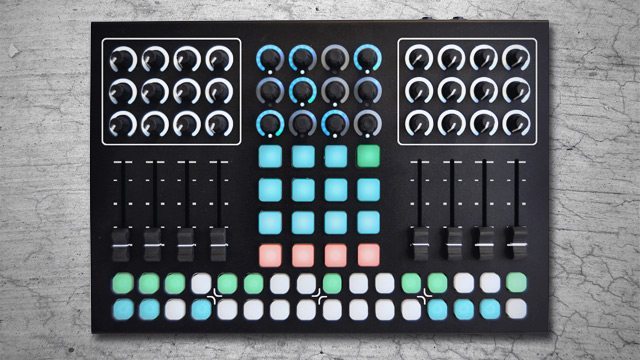 Know of more unique custom controllers that artists are using? Share a video of them in action in the comments and we’ll feature them if they rock!