There are great DJ apps for iOS that let you connect a controller and use your iPad as a complete DJ system. Unfortunately, some of those apps only allow you to use specific controllers. Today, guest contributor Teo Tormo explains how to get around these restrictions and use whatever MIDI controller you want with Pioneer DJ’s WeDJ and Mixvibes’ Cross DJ.

WeDJ and Cross DJ only allow DJs to use a very limited list of controllers. This is often because of commercial settlements, or because the same brand that develops the app also sells the controller. But if you don’t have one of the “allowed controllers” there is a way to fool the apps and make them believe that one of those controllers is connected!

Editor’s note: this is a complicated but fun adventure in MIDI mapping and forwarding! If you’re lost or have questions, pop into the comments.

If you want to use any controller with the WeDJ or Cross apps, you’ll need:

* Why the CCK adapter? Many controllers “allowed” by these apps have direct compatibility with iOS. Some use special cables, in which case the app has a kind of built-in driver to support it. But in the end, all of them communicate with the app using standard MIDI commands, there is no HID protocol or anything special. Using the CCK adapter you can connect any MIDI class compliant controller, it will be recognized by iOS, and the controller will send standard MIDI commands.

If your controller does not use a power adapter (USB powered only), it might need more power than the one provided by the lightning port of the iPad. In that case, you’ll need the new CCK with the additional power port and connect the iPad charger or a USB battery pack Another solution for power problems (and that one always works), is to connect the controller to a powered hub, then connect that to the iPad with the CCK.

**Why the Midiflow app? Midiflow is an iOS app that allows to create virtual MIDI ports (and name them whatever you want) that can be seen by any other app, and also allows to patch virtual and real MIDI connections and remap MIDI commands between those connections. The app has some resemblance with Bome MIDI Translator, but made for iOS, and it’s also the key of this “hack”.

The whole process is a bit long, but fairly easy to do once you understand how the whole thing works. I’ve completely remapped a Denon MC2000 and now it works like a charm with WeDJ. Here’s proof:

Yes, you can use any controller you want with WeDJ or Cross DJ on iOS – learn how on the DJTT blog!

How To Set Things Up

First, connect your controller to the iPad using the CCK. Wait to see if the controller turns on and is correctly detected by iOS. If no error message pops up in the iPad, everything should be OK. If you have an error message about power consumption from the device, you need to fix that first.

Once the controller is on and connected, open Midiflow. The first time opening the app, it will look like this: 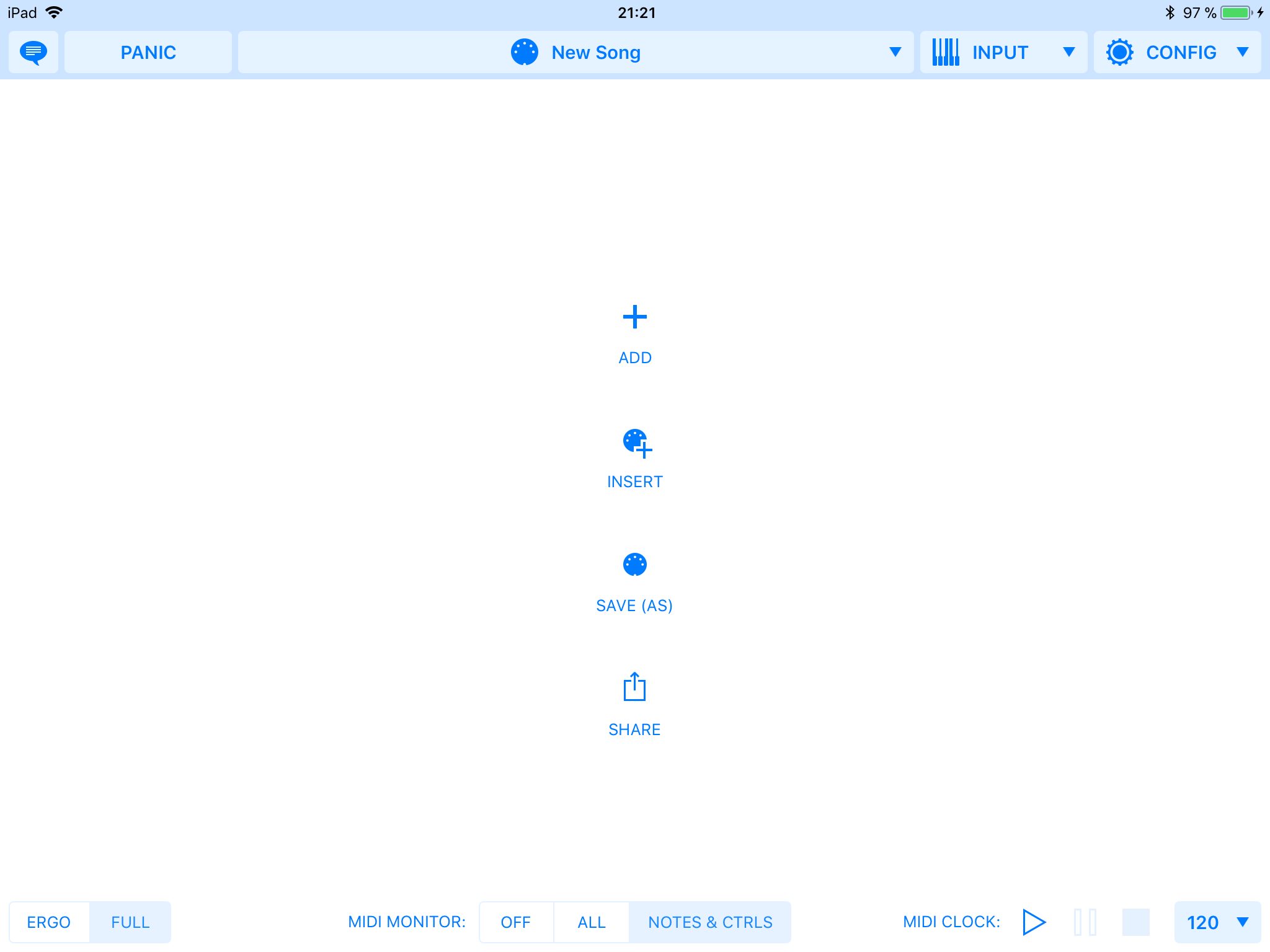 Tapping the “+ Add” label will create a “routing”. In Midiflow, a routing is formed by a MIDI in port, a list of modifiers (instructions of “what to do” with concrete MIDI messages) and a MIDI out port. Next up:

If everything is right, when opening WeDJ or Cross DJ, the apps will react as if a DDJ-WeGO3 were plugged into the iPad .In WeDJ the interface should change from this: 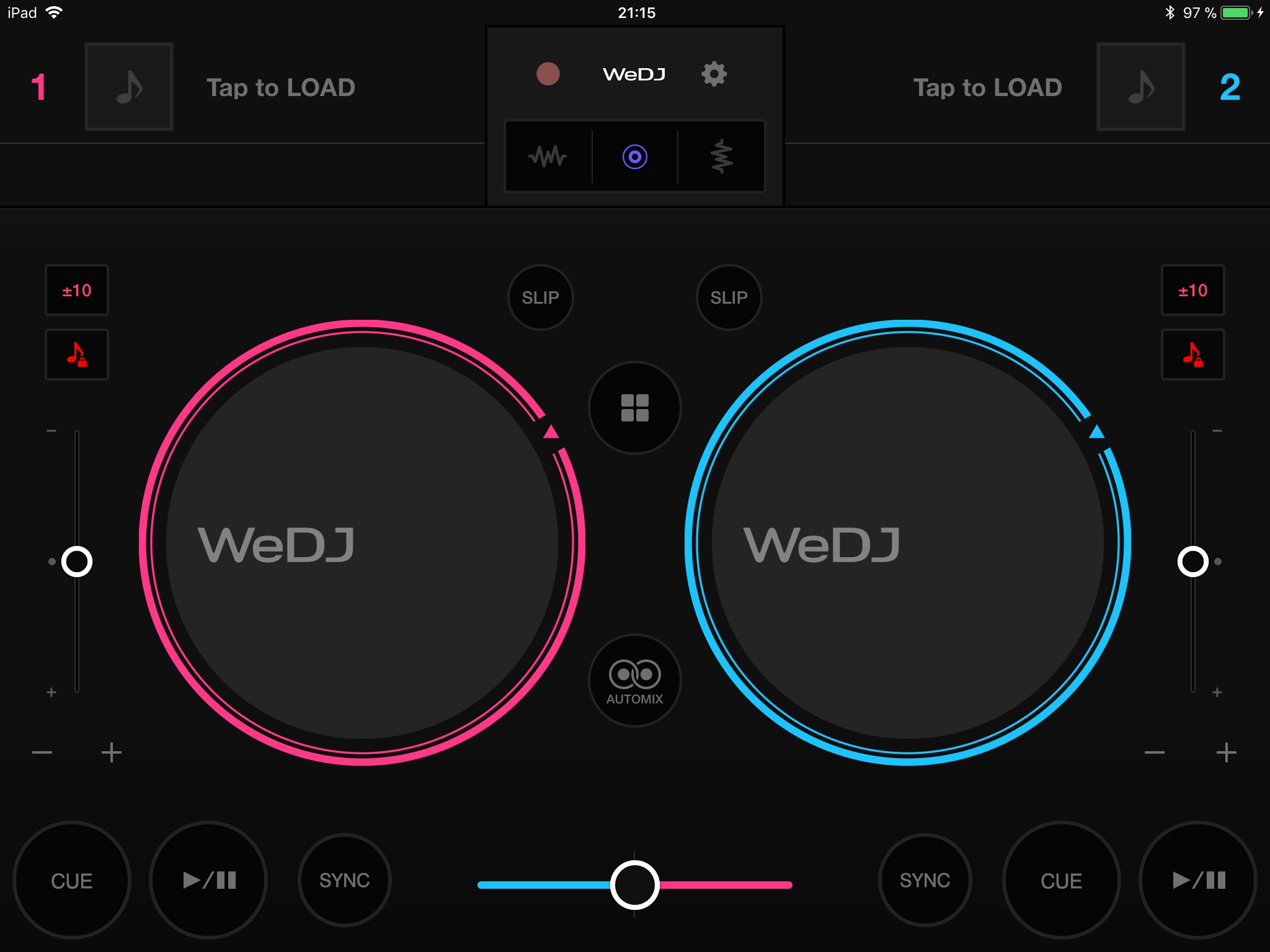 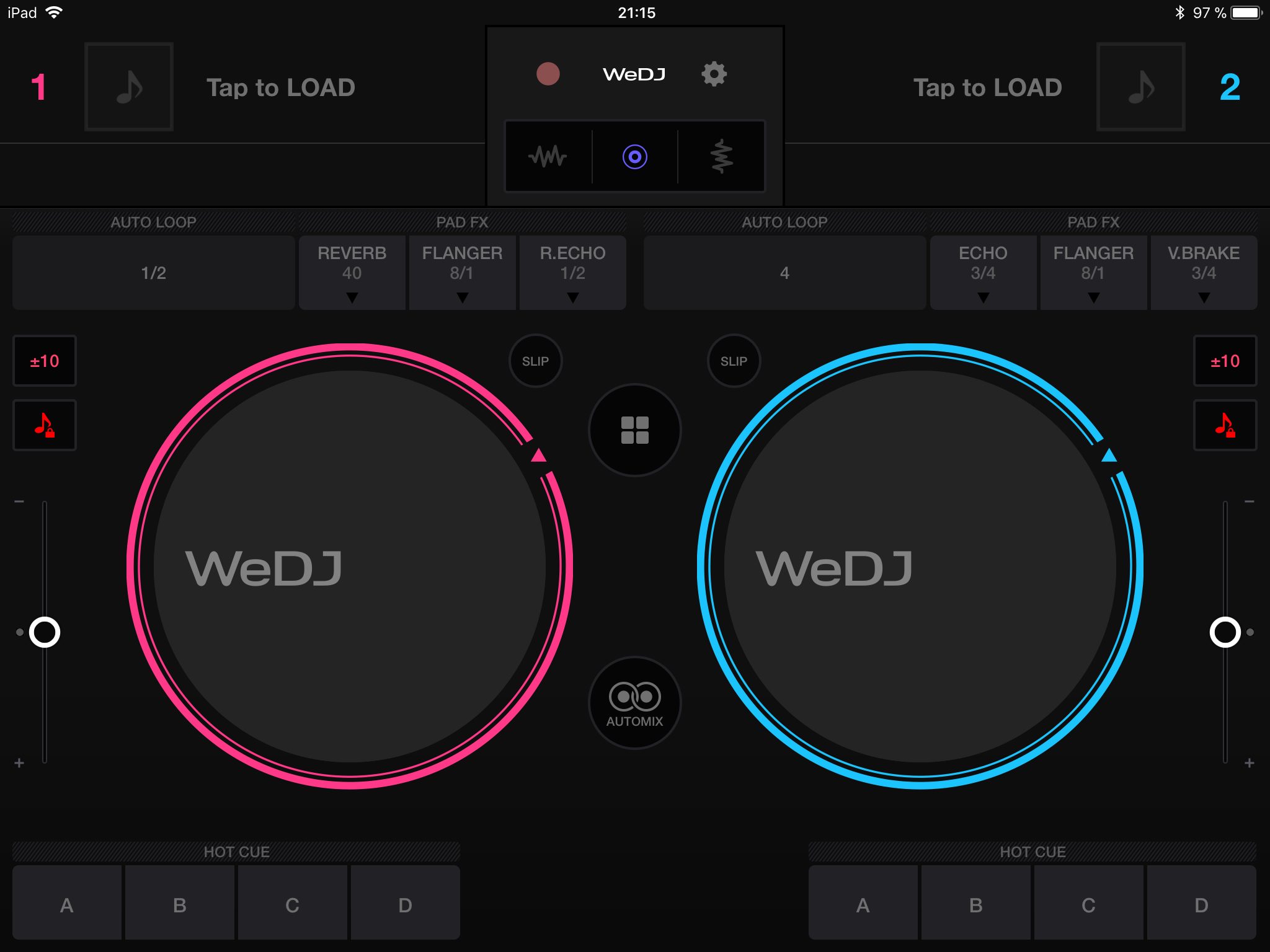 And in Cross DJ, a message will note that a DDJ-WeGO3 is detected and ready to use: 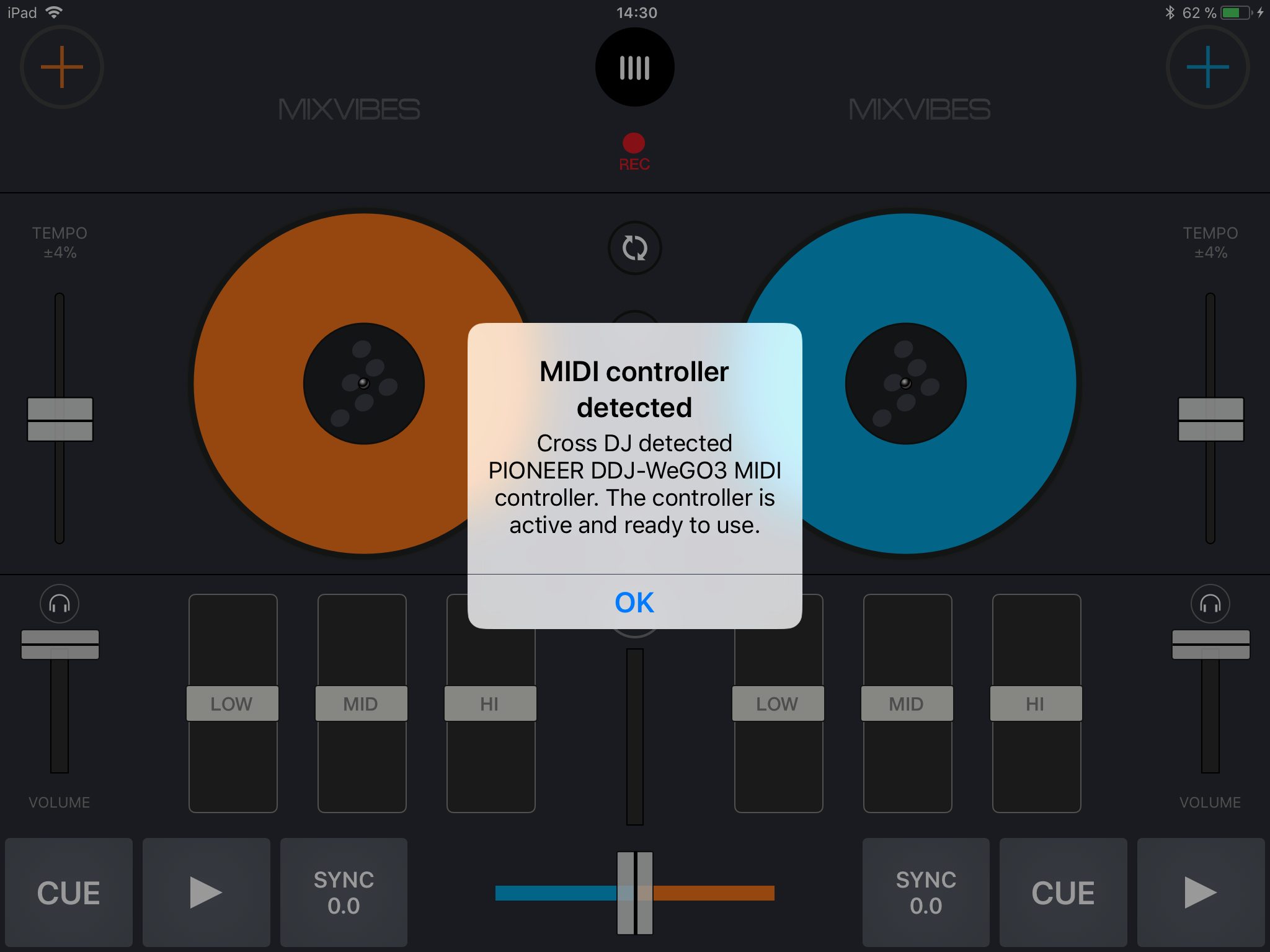 Keep in mind: the DDJ-WeGO3 is a pretty basic controller, but is compatible with both WeDJ and Cross DJ. If you are using Cross DJ and want additional controls for the filter and FX, you can fool that app by naming the Midiflow virtual port as PIONEER DDJ-SB – but you’ll instead have to use the MIDI messages list of that controlle. In this tutorial we explain how to remap the messages for the DDJ-WeGO3 virtual port option.

Now To Remap Some Buttons!

Once everything is connected, it’s time to convert the MIDI messages from your controller into the MIDI messages a DDJ-WeGO3 would send. Let’s start by remapping the Play button on the left deck. This is easy – and it’s a good example for any other button: 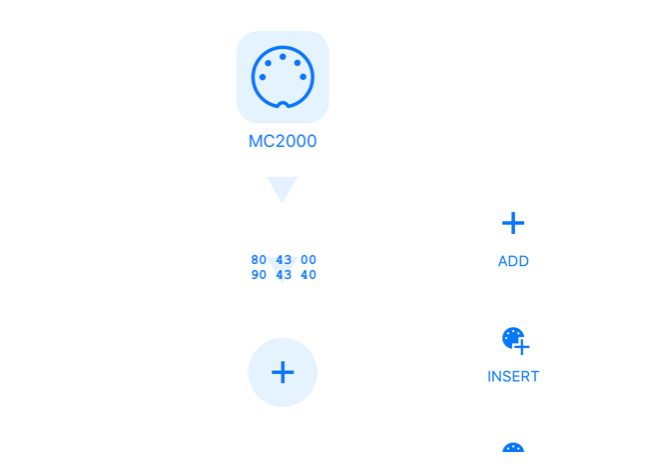 The MC2000 that I’m using sends two MIDI messages when pressing Play. The one starting with 9 is a note on message and the one starting with 8 is a note off message (sent when the button is released). The second number, 0, is the number of the channel. When talking about hex MIDI messages, the channel number is the result of adding 1 to the second cypher of the message, so 0+1=1. So this message is sending the note on using channel 1.

43 is the key of the note. If you check this MIDI data conversion chart, 43 corresponds to G4 in a piano keyboard.

40 and 00 are velocity levels. The MC2000 I’m using is a bit “special”, because usually the note on messages from DJ controllers send 7F (127 in decimal) as velocity value; note off values use the common 00 value for that.

Open the list of MIDI messages for the DDJ-WeGO3 (linked earlier). Check the exact message that the Pioneer controller sends when you press play: 9n 0B dd

If you’re using WeDJ, you only have to remap the note on messages (except for the FX buttons, those need the note off message to be remapped as well). If you are using Cross DJ, you’ll need to to remap every note on and note off message. You can remap every button using the above explanation and a careful hand. Be careful with some functions! For example, FX buttons on the DDJ-WeGO3 use specifically channels 5 and 6 (messages starting with 94 and 95). I recommend to create different routings for the messages of every channel, it is better to classify all the remapings that way.

Both WeDJ and Cross can send MIDI to your controllers for visual feedback, but you have to first convert the incoming messages from the app. Here’s how: 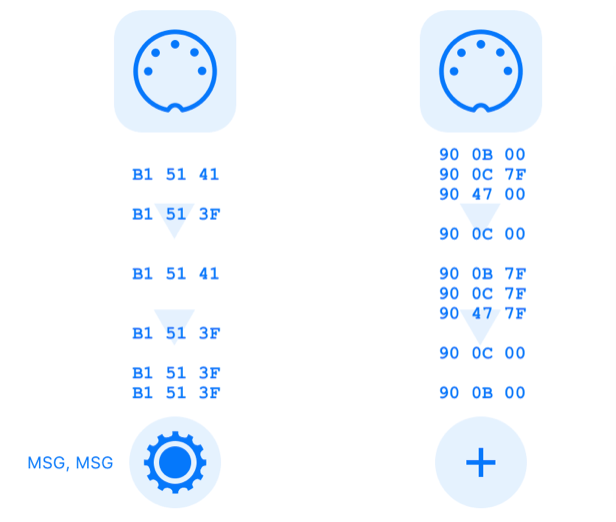 Usually a MIDI controller with faders and knobs uses a different CC for each physical control and it has 128 steps, but a lot of newer controllers use a combination of two CCs for achieving a higher resolution of 16384 steps. 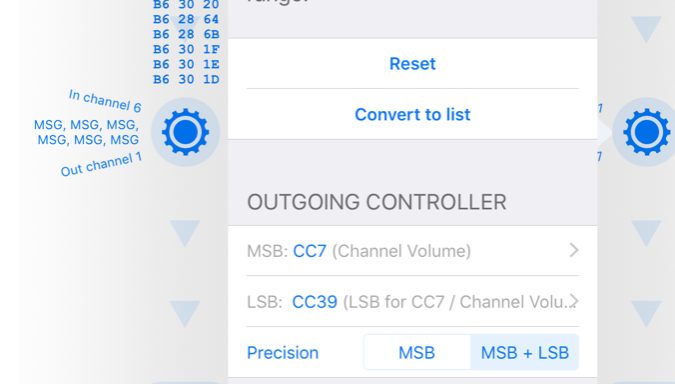 The DDJ-WeGo3 is one of those controllers with higher resolution, but don’t worry – Midiflow is ready for that.

In this example, we’ll remap the left deck volume. The controller sends messages using CC 13 and CC 33 (in hexadecimal, in decimal are 19 and 51), and channel 7. When using two CCs for high resolution, the data from the first one is known as MSB (most significant bit) and the data from the second one is LSB (least significant bit). The MC2000 I’m using sends the data of the left deck fader only using CC 05, channel 1, so I’ll map it like this:

You have two map two different controls for the jogwheel: the touch sensor of the top (a note on/off message) and the rotation (a CC message). The jogwheels of the DDJ-WeGO3 use the same MIDI channel as the buttons for their decks. This means you can add the remaps to the same routing we created at the beginning of the tutorial. Here’s how:

The list of MIDI messages for the DDJ-WeGO3 shows a different message for rotating the jogwheel on the outside (pitchbend) but it is not essential to map it. 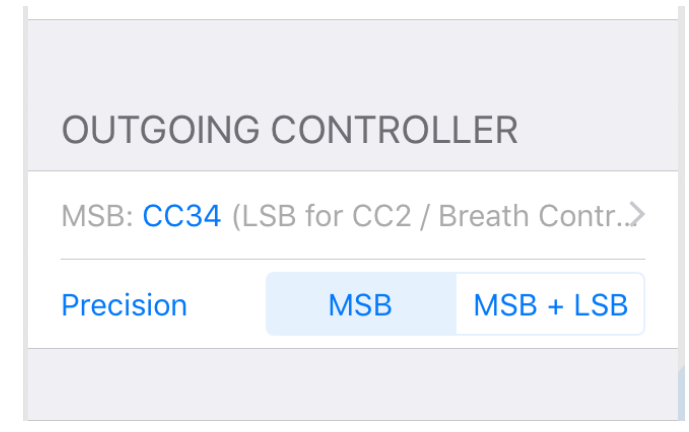 There is no problem setting the outputs to your controllers interface. Apparently WeDJ and Cross DJ don’t restrict soundcards by their interface name. Both apps only look for the name of the MIDI ports to activate the control functions. So, simply go to the preferences of the chosen app and select the right ouputs for the main out and the headphones. 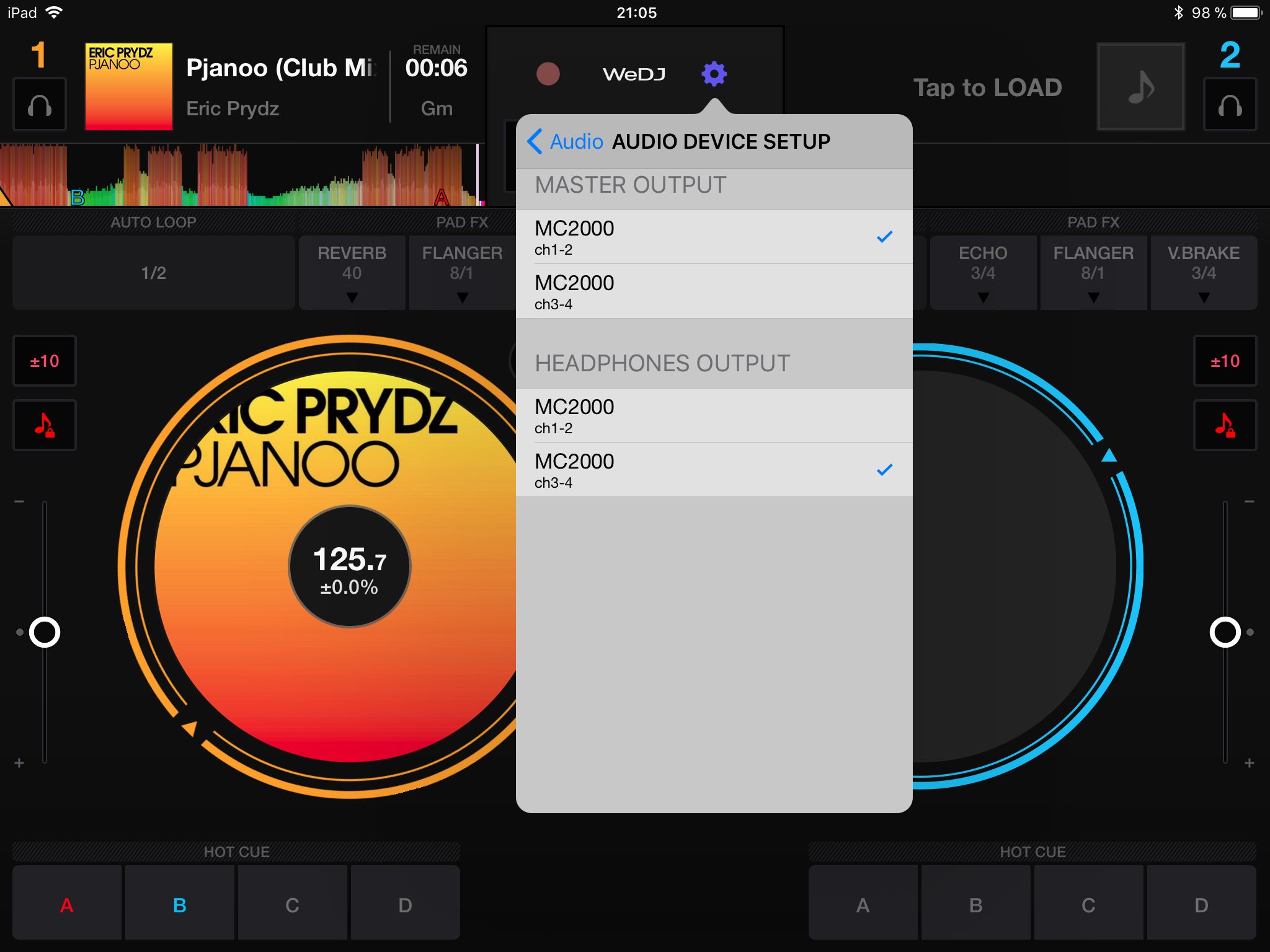 That’s’s all! With the above instructions, you should be able to remap almost any controller and make it work with WeDJ and Cross DJ. Maybe the most important thing you have to remember is that you only need a virtual port created with Midiflow (the only iOS app I’ve found that can do this) with the same name of a compatible controller to fool both apps, everything else (the remapping) is just a question of time and patience. Have fun – and let me know in the comments if you have questions!