Reading A Dance Floor: The Most Important DJ Skill

In the DJ world, there’s one skill more important than any other: knowing how to read a dance floor. Everything else falls flat in comparison. In today’s article, contributor Teo Tormo shares critical insight on what every DJ should do before and during a gig to understand what a crowd wants.

Have you ever seen a DJ who doesn’t try to mix, can’t manually beatmatch, and has a mediocre knowledge of DJ gear – but was still able to rock a party? Usually this is because they’re good at one thing: reading and reacting to their audience.

If you asked what the most important skill any DJ can have, my answer is always, “know how to read the dance floor.” I’ve heard others say something similar: “knowing the psychology of a dance floor.” Without that skill, everything else will not matter. It’s clear especially to me, because it’s something that I didn’t know how to do for a long time. When I learned basic concepts about reading crowds, I discovered important positive differences in the results of my work.

Already know how to read a crowd like a seasoned pro? Keep reading for a refresh and tips you might not have thought of. Even better: jump into the comments at the end of the article and share your own tips. 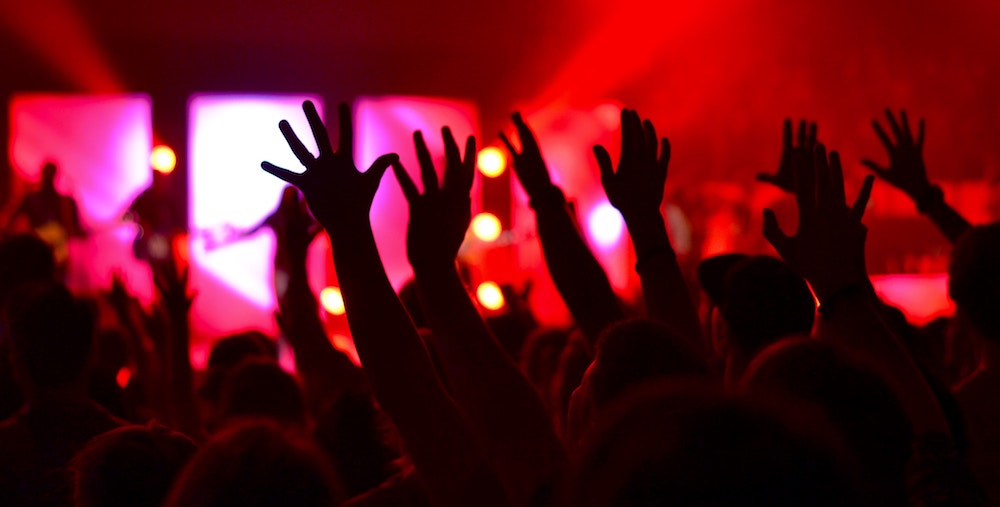 DJs Only Watching Their Gear Will Know Nothing

You’ve heard of Serato face before, right? A common mistake that new DJs make is spending a whole DJ set only looking at the equipment. Whatever gear you use (MIDI controller, media players, turntables), you need to develop the ability to pay equal attention to the equipment and dance floor.

You need to have mastered your equipment and know how to look at it as little as possible. This can mean:

You should aim for almost every interaction with your setup to be based in muscle memory. This frees up your eyes to spend as much time as possible looking out on the dance floor.

Beyond being able to learn more from watching their dance floor, DJs who only stare at their gear create a feeling of disconnection and disaffection in a crowd. This can quickly lead to empty dance floors and negative feelings about the DJ – and audiences will remember that.

Being aware of the dance floor does not mean you have to entertain the crowd by dancing and gesticulating wildly. Dance and enjoy yourself. and you should try to have a smile in your face (it projects confidence!), but be careful not to become a spectacle for your behind-booth movements. Creating an atmosphere and building a dance floor is rooted in your music and mixing, not how high you can jump. Yes, festival DJs often overdo their onstage antics, but that is so rarely why people are enjoying themselves. 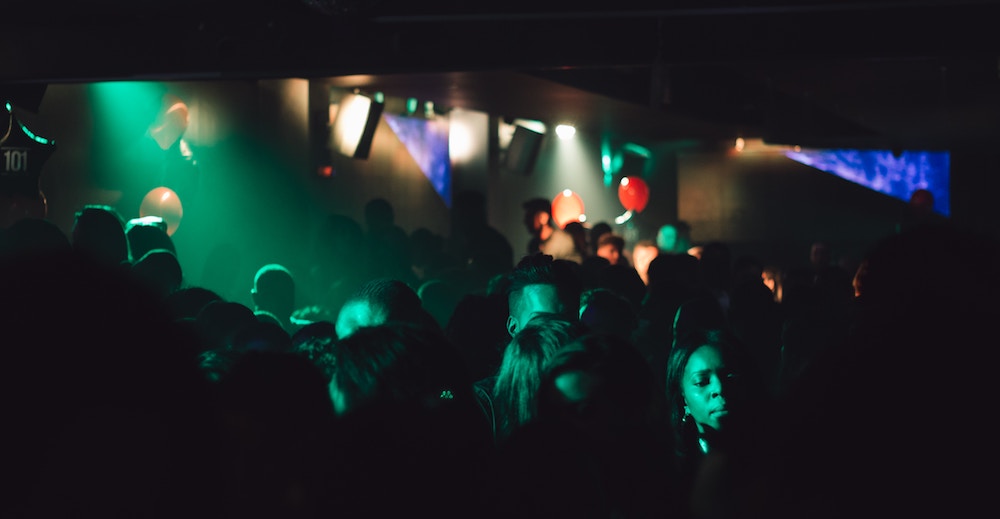 No two clubs are the same, nor is the audience that attends. Here’s a basic checklist of things to figure out about a venue before you play it – think of it as field research for your gig!

This probably seems like a lot of information. It is! Most likely you won’t learn it all just in one night of scouting, but the more you find out, the better pre-selection of music you’ll be able to do for your gig.

What happens on a dance floor depends a lot on the club and the crowd. Many other factors (day of the week, weather, season) can have an impact, but a number of things tend to work in a similar way everywhere: 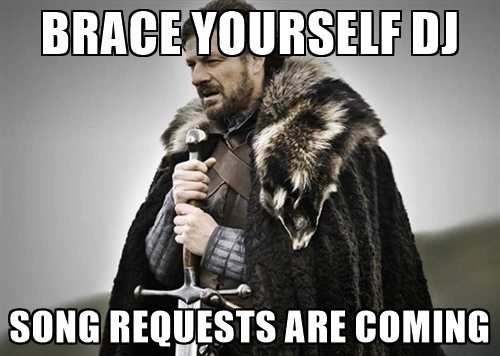 Taking requests isn’t about the dance floor – it’s often more about interacting with individuals or a small group of people. At certain events, requests are inevitable (weddings, corporate parties), but in general, in medium or small venues where mainstream music is played, it is necessary to know how to manage requests with care and respect. Here’s a few tips:

Except in very specific genres, DJs should distribute the musical intensity throughout their set. Think of this as the energy level of the music you’re playing. If appropriate, you might also want to adjust the tempo of the music you’re playing. Everything has an order and a right moment. Here’s some advice for a typical DJ set – but remember, this can be very different for unique clubs and genres.

What’s a triad? Many DJs who play weekly gigs have a established batches of songs that work well together. I recommend group them into three song triads.

A triad should usually have songs with the same genre, tempo, and intensity. More importantly, you should have already rehearsed “power transitions” between them. After each “triad” it’s okay to let people breathe a bit. It’s a bit of prep – but you’ll find certain triads work really well and are worth keep in your arsenal for future gigs.

For regular DJs, it’s good practice to modify your successful triads every so often. Don’t play the same groups of songs each week – the regulars notice, and you might become boring and predictable.

Reading these tips can be great in theory, but in practice it can be very hard unless you’re very experienced. Here are some frequently encountered challenges – and tips for handling them:

People don’t start dancing: Is the crowd sitting down, ignoring the music, or just gathered around the bar? Two common causes: the intensity of the music is off, or you haven’t “tempted” anyone onto the dance floor with a song that connects to them. To avoid this, try to look for the people at the start of your set who are more lively and have danced a little. What music got them moving? These first dancers often hook others onto the dance floor. Give them more of what they want and keep them moving and excited.

Things were going well for a while, but then the dance floor started to empty: You might have burned out people with excessive intensity (often during the second or third act). You might need to adjust your intensity, adapt the music to the situation, and give your crowd a break before restarting a ramp up to an intensity peak. This time do not go as fast as before.

Another common cause for this is playing two or more consecutive songs that don’t match the desire of the crowd. If you notice this happen, forget about the rules. Mix out as soon as you can into a safe floor filler.

People are on the dance floor, but they’re are staring at me and not dancing: This strange situation often leads to people leaving the club too early. Here the mistakes can be several at the same time. Make sure that you are: 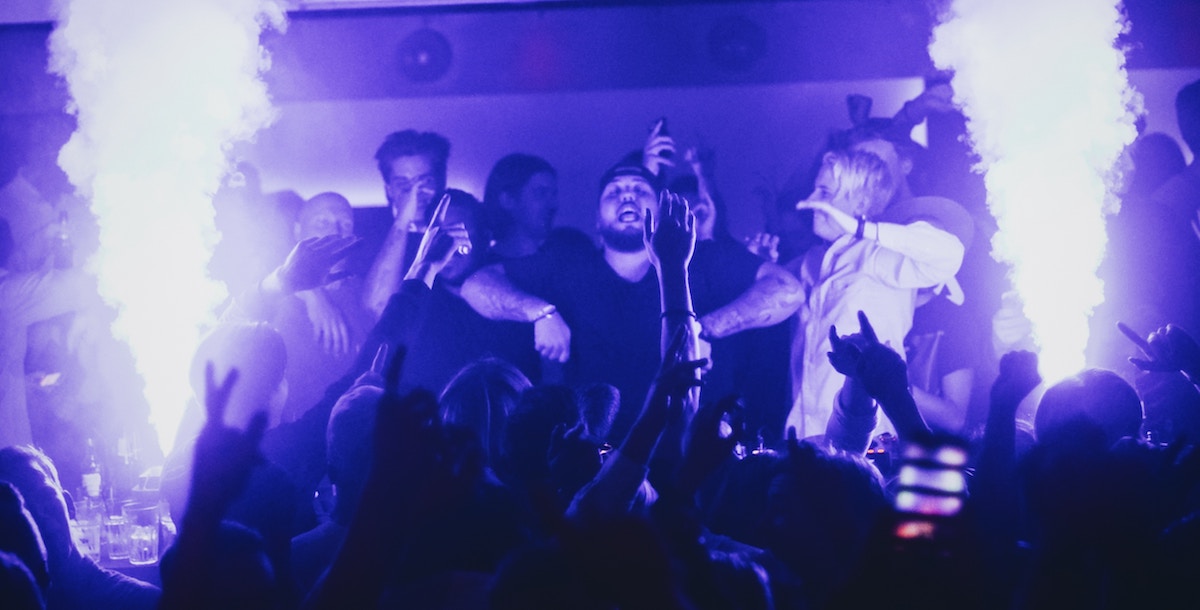 This article isn’t a guide of absolute truths or infallible tricks. You’ve got to create your own method and develop your own tricks. To do this, keep observing and analyzing the audience and their reactions.

It’s not hard to detect boredom: arms crossed, hips stopped, people talking too much instead of dancing, eyes with the thousand-yard stare. It’s also easy to see when people are having a good time: arms and hands moving in the air, people following the rhythm with their whole body, and the most connected people dancing with their eyes closed.

There’s always time to correct mistakes – most people don’t leave a club right away when something is off. Instead, they’ll hang around for a while waiting for a change; if it doesn’t come, then they’ll

If your night goes wrong, apart from lamenting, always try to learn something. Check the tracklist and meditate on if the songs were the right ones for that place, that audience and that event. If you recorded the session, listen to it by and check for a good distribution of intensity.

No one is born knowing how to read a crowd – so use every gig wisely, practice, and gain experience!

Taking DJ Gigs Outside Of Your Normal Genre