NAMM is almost here, and Pioneer DJ is ready. Today they’re announcing the DDJ-1000, a brand new controller for their Rekordbox DJ software. With new on-jog displays, CDJ-sized jogwheels, and new FX, the DDJ-1000 is clearly designed to be a controller that almost exactly mirrors what you would get with a full Pioneer club setup. Keep reading for details!

The DDJ-R line was Pioneer DJ’s first line of dedicated controllers specifically for their own DJ software, Rekordbox DJ. But the design and features were nearly identical to the extremely popular DDJ-S line, designed for use with Serato DJ.

With the announcement of a new controller, the DDJ-1000, Pioneer DJ is finally taking their own controller line in a unique direction. No, it’s not standalone (spend $600 more for the XDJ-RX2 for that), but it is fresh and has a few unique features that also might hint at other future Pioneer DJ products.

You could watch the above video if you want to see Pioneer DJ’s full overview of the unit – but here’s our take on the most interesting features (based on the press release). We’ll be seeing this controller in person next week at NAMM, stay tuned for coverage!

One of the biggest complaints about many of the DDJ controllers (and the XDJ-RX) is that the jog wheels feel incredibly cheap and light compared to the “real deal” on CDJs. Even with these full-size wheels, the unit is still only 6kg – or 13 pounds, the same as the DDJ-SX2/RX. The jogweels also have a “feeling adjust” knob, just like on CDJs – meaning you can alter the rotational resistance.

Overall, this controller seems very much designed to reflect a CDJ instead of a DDJ. Take for instance the dual browse knobs – one on each deck. This is to get DJs used to reaching up and to the right of a platter to load a track. On older DDJs, the browse knob was in the middle of the mixer section, making for an awkward muscle memory confusion when switching to a club rig.

The real question is: will Pioneer DJ ever release CDJs that have performance pads below each jog? It seems like the clear missing piece to the puzzle. 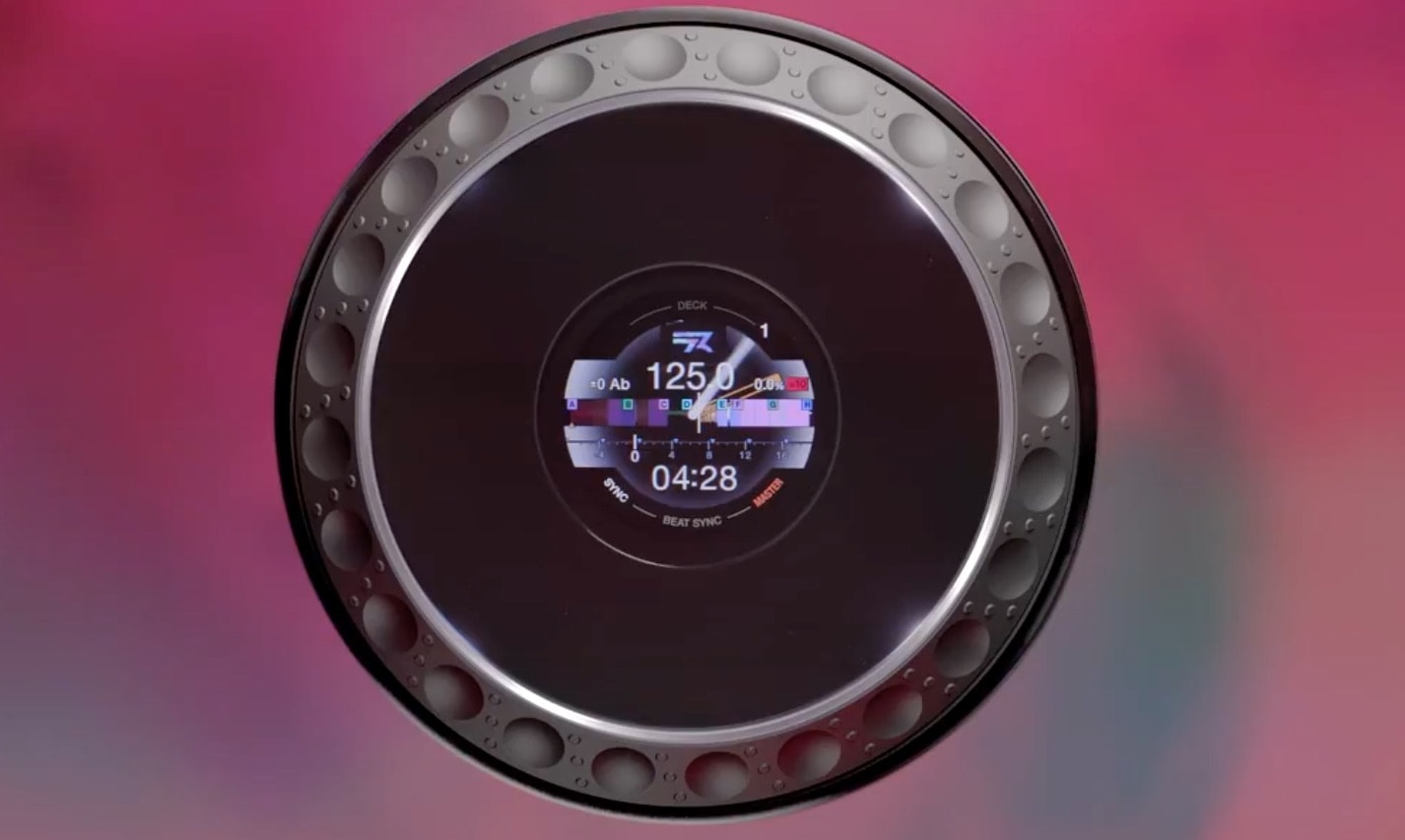 Forget the jog displays you used to know: Pioneer has put full-color LCD screens in the center of the jog wheels. These show a lot of information, including a waveform, cue and loop points, and BPM. You can apparently customize the information shown here – this seems to be the manufacturer’s take on the trend of putting screens inside of DJ controllers (like the Traktor Kontrol S8/S5 or the Numark NV). 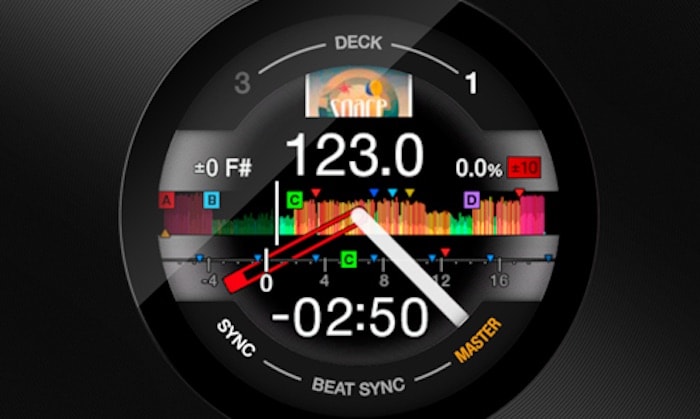 It’s hard to say if these new displays will be really useful versus using a computer screen (which will have to be nearby anyway for browsing your library). The waveforms seem incredibly small for much use aside from a top-level glance.

The DDJ-1000 inherits 10 Beat FX from the DJM mixer series, but also includes four new additions. We’re pretty sure all of these FX are computer-based and not built into the DDJ, because the press release notes, “You can instantly reference BPM and the name of the selected FX without looking at your laptop thanks to the dedicated Beat FX display.”

Low Cut Echo is perhaps an indication of user research on the EQ-based Beat FX on the DJM-900 NXS2. We’d be willing to bet most people simply use those frequency buttons to disable the low-end while applying an echo effect.

Every controller that could ever get used in a B2B situation should have dual USB ports. Pioneer first introduced them on the DDJ-SZ. and it’s great to see the DDJ-1000 coming packed with dual USB ports. Every channel on this new controller is switchable between USB A, USB B, and Line/Phono.

There are a few other things worth mentioning from the official press release that aren’t immediately obvious:

In the same press release, Pioneer DJ shares a few details on the upcoming new version of their DJ software, set to launch on January 18th. There are only really two new features mentioned – noted below:

Automix for smooth and natural automatic mixing
Drop tracks into an Automix playlist and rekordbox dj will mix them accurately and smoothly. Phrases in a track are now detected by the newly developed phrase analysis algorithm in the track analysis section of rekordbox’s KORETECH engine. In addition to the phrase information, Automix uses track information such as beat position, BPM and key to make mixes sound natural. You can scratch, apply FX and change the order of tracks during Automix.

Advanced Related Tracks feature brings more detailed search criteria
The popular Related Tracks feature – which displays tracks that are well matched with the one you’re currently playing – has been significantly upgraded. You can easily find even more relevant tracks using increased search criteria such as artists, comments and file formats, and you can save your custom criteria and call it up at any time. This feature is highly useful for creating unique sets from tracks you might not have otherwise thought to mix together.