Wondering what Native Instruments is up to? Would you have guessed that they’ve built an online sample and loop subscription library? The beta of Sounds.com launched today, and with it NI has entered the online sample library game. Keep reading for a rundown.

Membership to sounds.com comes in two forms – a Free level, which allows previewing sounds and downloading a few free collections; and a paid Pro level ($9.99/month for now) which allows downloading any sound on the site. It’s a simple two tier system that makes it stand out against competition (often a world of download credits and monthly sample limits). 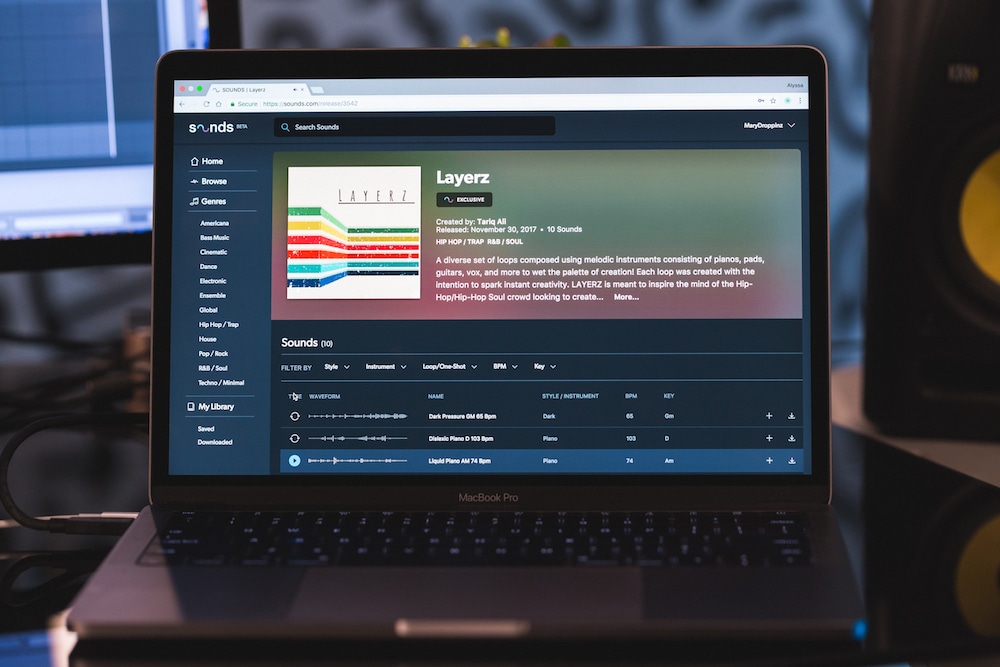 The site is kicking off with over 500,000 sounds to start, a mixture of loops and samples. They’re all high-quality and royalty-free, meaning that a producer can use them in their original productions without any licensing necessary.

NI promises that they’ll be adding to their library every single day – which is likely because the audio is being sourced from 200+ individual suppliers “including Native Instruments, The Loop Loft, MVP Loops, and Symphonic Distribution”

Regional note: It looks like Sounds.com is only available in the US for now – and they’ll be expanding to other regions soon.

If you spend five minutes using Sounds.com, it’s a simple task to master the user interface. You can browse by Genre, check out individual releases, or use the filter section to sort all sounds by Style, Instrument, Sound Type, BPM, and Key.

You can also save samples to your own library, and see what you’ve saved and what you’ve downloaded.

An Audio Store Of Their Own

What’s really going on here? NI must have seen the success of Splice Sounds and other online subscription services for audio and realized that they could do exactly that. In the past, we’ve seen the company avoid building out their own platforms for paid audio products; Stems could have easily been launched alongside an exclusive platform for selling and distributing them.

We’ve reached out to NI with a few questions about the future of the Sounds.com platform – and what types of new content and integration with hardware/software platforms they might launch. For instance, we could easily see Sounds.com added to Maschine to quickly try out samples in a project without even downloading them.

Watch this article for updates when we hear back from NI!

Native Instruments has announced that they will be present in a way at NAMM next week, holding their own Native Summit (with a still-unannounced agenda). A big part of it might be discussing this new platform – but perhaps there’s more to come? Stay tuned to DJTT for full coverage.