The era of DVS might be finally coming to a close – and we’re not talking about the Rane Twelve controller. MWM (the company behind the wireless MixFader), has announced Phase, a new wireless tracker for turntable DJs. Instead of using cartridges, needles, and control vinyl, Phase allows DJs to wirelessly control the position of a record with a single control remote.

Phase: Remotes for Your Turntables

The last 15 years for DVS-style DJs have been focused on timecode vinyl and needles. Only in the last year have we started to see developments that really challenge this style while keeping the same workflow. We saw this with the Rane Twelve announcement – a lot of excitement for a turntable-sized platter that doesn’t need tonearms, vinyl, or needles.

The Phase is applicable for even more DJs, because instead of being locked to one platform (the Twelve will be Serato-only for a while, if not forever), it allows DJs to use their existing turntables.

Here’s how it works:

“[using a] first-of-a-kind patented technology, two audio control remotes capture the turntables’ rotation information and a receiver processes and transmits it to your DVS setup.”

On the NAMM floor, we saw the remotes mounted on custom vinyl with an adhesive band. They have a standard sized hole for turntable spindles, an LED as the track marker (with different colors, unclear what those mean), and are pretty small and low profile. 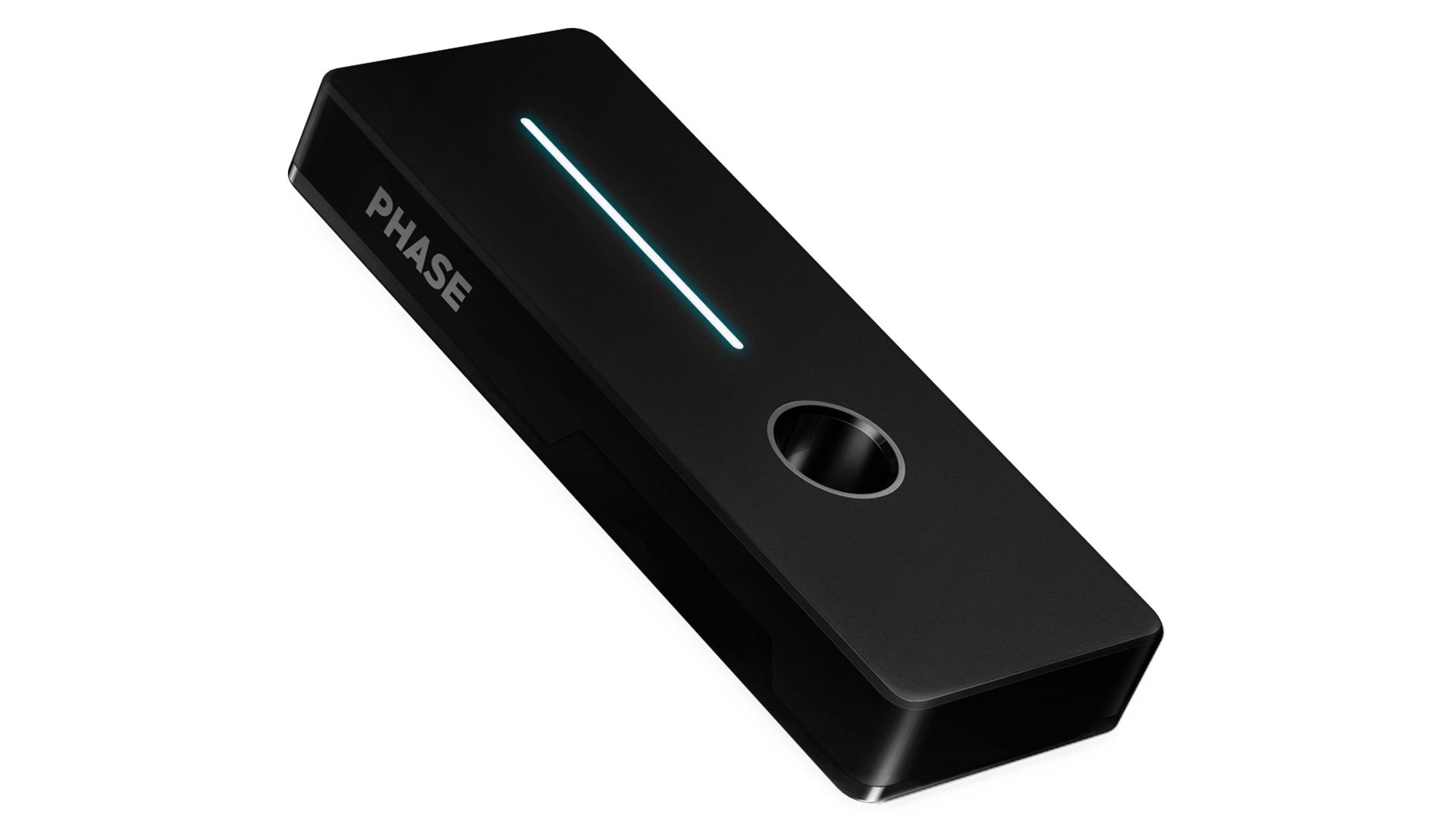 With any wireless technology, latency will exist: but having tried it in person, Phase is incredibly accurate. Experienced scratch DJs kept walking up to the setup and were instantly able to cut on the system with extreme precision.

How Is It Tracking?

There’s something similar to an accelerometer inside of the Phase remotes. They measure the rotation angle and send the information to the receiver. Instead of Bluetooth, MWM has developed their own patented wireless technology that’s less susceptible to interference. We weren’t able to get many more details on the actual radio band, but suffice to say there weren’t any issues on the show floor where there are tons of other wireless devices.

Amusingly, you can even lift up the vinyl and rotate it by hand – and you’ll still be able to scratch. Watch the livestream below to see more.

The other great part about Phase is that there’s far less susceptibility to common timecode issues. Bass rumble, dying/dusty needles, poor connections – it all is irrelevant to these devices.

The Dock is, at first glance, a charging station for the Remotes. On the current prototype units, MWM told me that a single charge would last over ten hours of play time – more than enough to play a set with.

The Dock also acts as the timecode output device – it sends timecode signal out of RCA outputs on the rear of the unit to your mixer or soundcard. MWM notes that it’s been designed to work with any DVS software. We saw it live with Serato DJ, but they also note it will work with Traktor and Rekordbox.

We went live from the NAMM show floor – watch the stream below:

Want to see more NAMM 2018 news? Click here to see everything that’s been announced so far!