One of DJTT’s contributors, Tenova, has always been a valuable source of studio knowledge. Since we last heard from him, he’s taken part of in training program, Toolroom Academy – run by the Toolroom Records label. In this article, Tenova reflects on his time in the program and shares five pieces of production knowledge he learned from spending time in studio with D. Ramirez and Mark Knight.

A Trip That Changed My Career…

Last summer in London, I participated in the Toolroom Academy program. It’s an educational program started by the team behind the powerhouse label, Toolroom Records. As part of the program, I spent over one hundred hours in the studio with D. Ramirez, and a short (but valuable) amount of time with Mark Knight.

These two producers have a laundry list of accolades – many hit records, an Ivor Novello Award, even a Grammy nomination. The joint studio prowess between these two maestros left me awestruck time and time again. Today, I’m sharing five pieces of wisdom I picked up during my time spent with them.

I’ll admit, I was somewhat averse to sampling before my sessions with D and Mark. For some reason, I was opposed to a fundamental aspect of the production of House music, often insisting on contracting vocalists and making all of my sounds. There is nothing wrong with this method, per se, but I failed to realize that most of the records I’ve loved over the years were incredibly sample heavy.

I began sampling everything – from kick drums of tracks I actively rinse, to buying a Zoom Recorder and spending my nights recording the natural sounds of the city of London. One sound, that of the chime on the Underground (London’s subway) found it’s way into my début release with Toolroom, The River:

After compiling all of these samples, I began to realize I needed a consistent system of organization such that I could swiftly preview them and call upon these bits when needed most – while deep in the groove.

2. Build your own sample pack 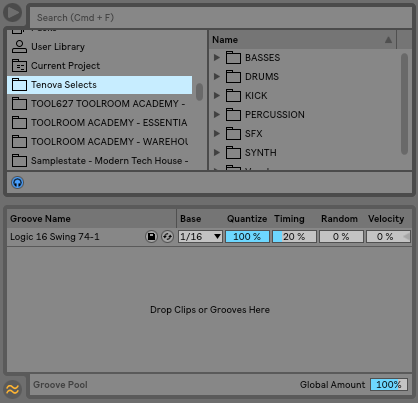 I’ve grown to distaste much of what I hear being released as sample packs these days. I can’t help but think that at least half of the kits that are relentlessly advertised on major digital platforms are published with the idea of making a “quick buck” instead of giving producers the tools they need to make great records. I often found myself shelling out $30 to find just one or two sounds that are barely usable.

While Toolroom Academy releases their own packs that are far more usable – and other platforms like NI’s Sounds and Splice Sounds offer better style pricing than bulk packs, I’ve stopped looking at “what’s hot,” in this sphere. Instead, I’ve meticulously organized my own personal sample library and added it to my Ableton sidebar while relying on a few tried and true packs.

3. The hook is the most important part of any record

Before taking part in the TA program, I spent years of my production journey “twiddling my thumbs”,  writing vague, instrumental tracks. While the records were relatively sound, and I even had a few signings, I realized that I wasn’t adequately communicating a solid, central idea. I wasn’t giving my dancefloors memorable, earworm phrases to stick in their heads during the Sunday morning hangovers, and yet this is precisely what one must do to be successful.

These “ideas” could come in the form of a sampled vocal, an elaborate synth motif, or perhaps even a melody. While I’ve grown particularly fond of sampling my own vocals from a variety of sources, the idea remains the same no matter what one should choose to do. My best hook was lifted from an old piece of vinyl I found in London and became central to my first release with Toolroom.

4. Utilize call and response in your grooves

“Call and response is a succession of two distinct phrases usually written in different parts of the music, where the second phrase is heard as a direct commentary on or in response to the first.” – Wikipedia

“Go through samples to listen for the hits that work within the groove, not necessarily the whole loop but sounds within the loop. It’s the case of dragging that in and isolating those hits, to stop it from being so “loopy” and incessant, we could create variations by cutting things out and having them be now and then.”  – D. Ramirez 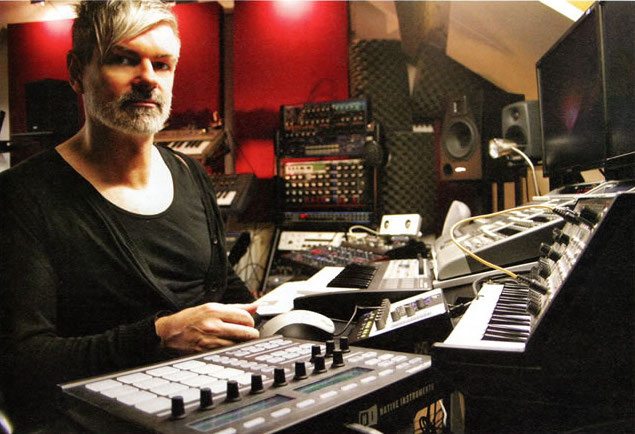 Writing a drum sequence is one thing, and making it an exciting, immersive piece of music is something else entirely. Such interest can be achieved by continually layering drum loops, cutting out the parts that one enjoys, and discarding that which is not useful.

5. Saturation = the most important thing

“Saturation is the most important thing. It makes everything a little bit louder and fatter, and shaves off the transient, making it quieter. Saturation does a similar thing to compression in an easier to control way. It adds harmonics and changes the waveform, in itself, this is a light form of distortion that is quite pleasing. It makes your sounds warmer, fatter, crunchier, and perhaps even tougher.” – D. Ramirez

Dean is a huge fan of saturation, and while I’ve found it to be particularly useful on some of my drum busses and baselines, Dean asserts that it can feasibly be used on every sound in your mix if one should so desire. For these purposes, we’ve grown particularly fond of FabFilter’s Saturn plugin. 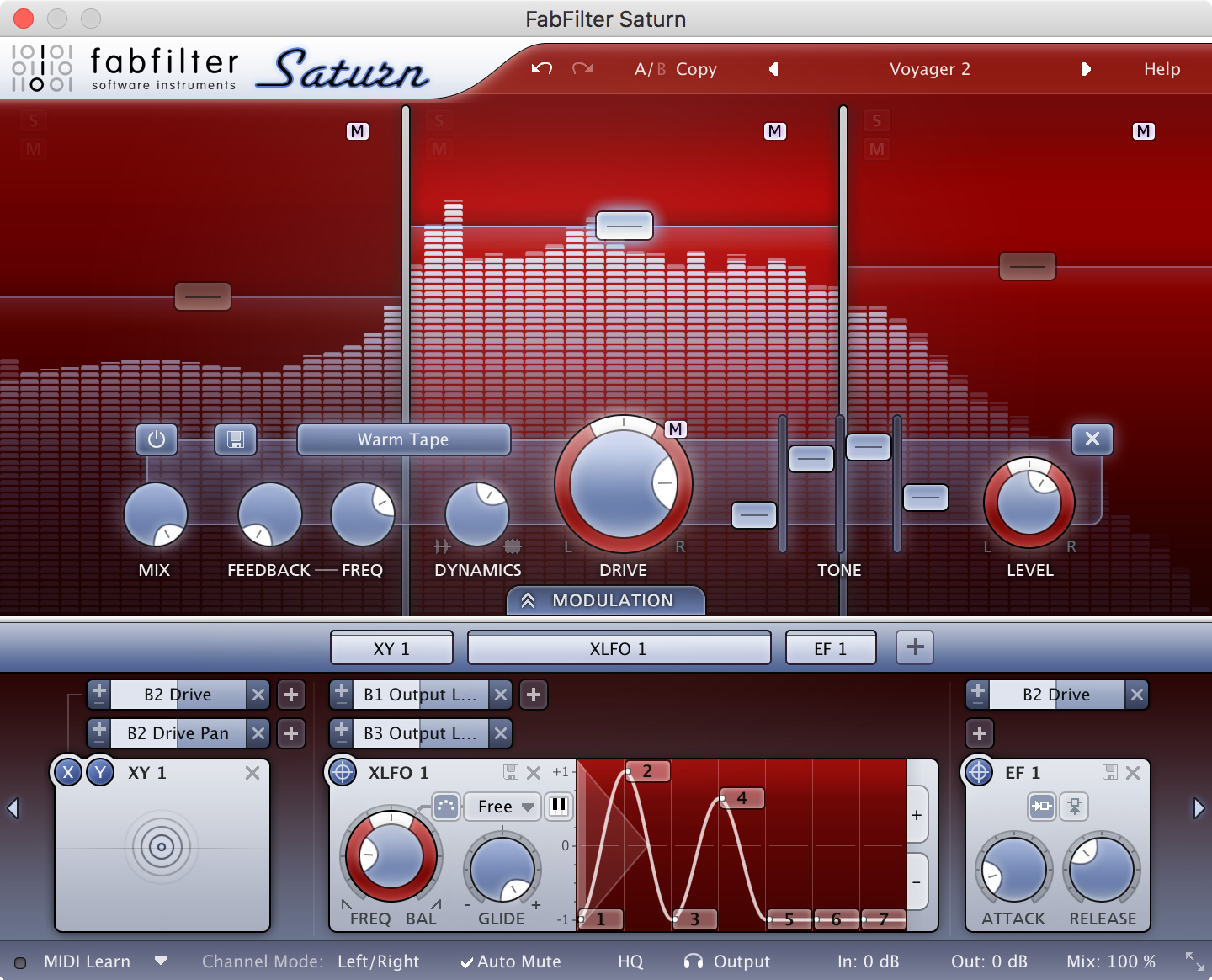 Before attending Toolroom Academy, I felt like I had “hit a wall” regarding making progress on my production journey. Being in the studio with D. Ramirez and Mark Knight helped to efficiently breathe new life into both my studio methodology and my creative process as a whole, something I could not be more thankful for.

Toolroom Academy has a proud ethos of “Real Artists, Real Education.” My time with D. Ramirez and Mark Knight is a living embodiment of these values and represents an experience that just could not have happened anywhere else. Worth mentioning, no one paid for this article to be written – it’s a genuine reflection on my time, not a paid shill.

Keep reading: Tenova’s article on Why Every DJ Should Be Making Edits

Cleaning Up The High End Of A Mix