Every month, DJTT author Tom Hricik sits down with a veteran club DJ and asks them about their “worst night ever”. A great deal can be learned from these unfortunate but realistic circumstances – and also give endless humor to boot. This month he spoke with Digital Dave, an elite party rocking mixed format DJ in the US.

Who Is Digital Dave?

Digital Dave gets around, performing about 300 times annually, with most of his gigs on the East Coast. He’s hard-working and unquestionably talented. As a Club Killers resident DJ, Dave’s edits are known the world over, earning him props from names like Diplo and Funkmaster Flex. Recently he was brought on as the official DJ of the Pittsburgh Steelers, done a guest mix on Shade 45’s Sway in the Morning, and even played performing at Pete Wentz’s birthday party.

That said, Dave is genuinely someone who “started at the bottom” and has plenty of stories to show for it. 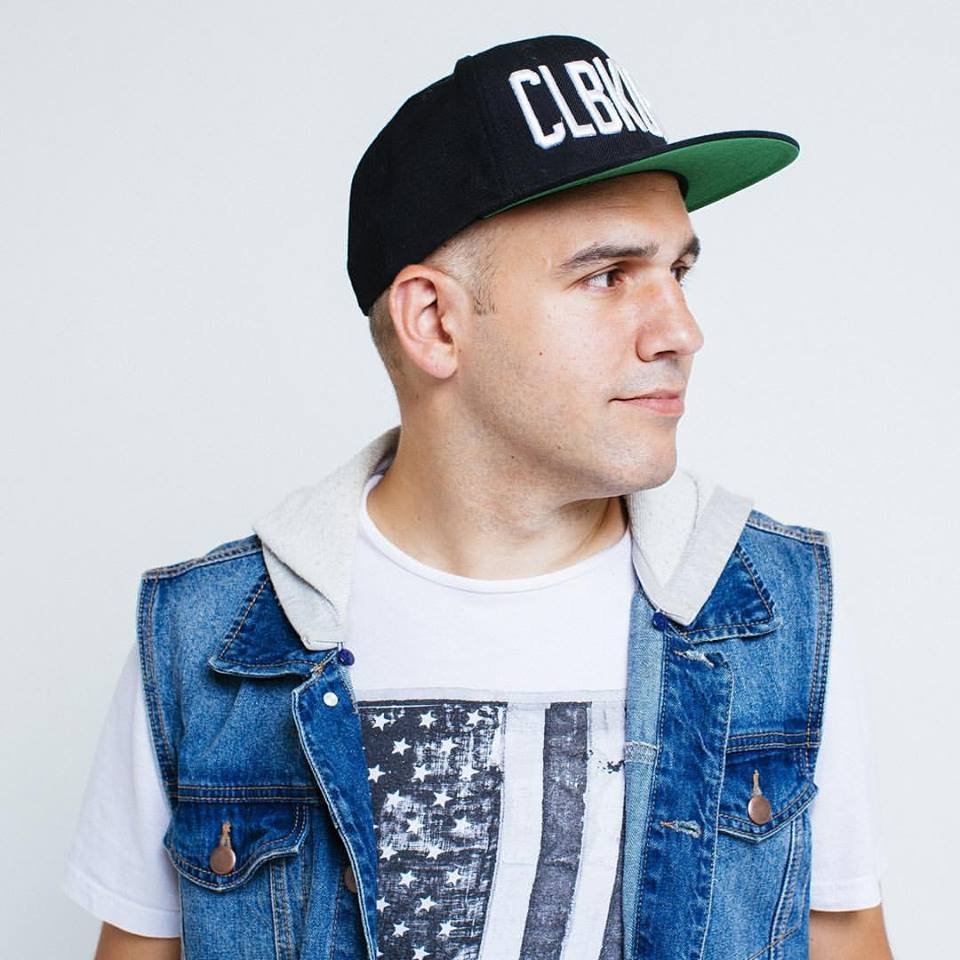 It was 2002, and I was 22 years old living the dream life of my first year as a full-time nightclub DJ.

Over the years I’ve developed a reputation as a DJ who will commonly play multiple sets a day. However, many people don’t know that this trend started from a young age. From 2001-2003, I was working several 9 PM to 2 AM gigs and then two to three days a week I’d leave my early gig and hustle over to Chrome, an after-hours venue where I’d play until 5 in the morning.

The entry of Chrome was a single door and staircase below an awning bearing the club’s name and the abbreviation “CR24” which represents the element “Chrome” in the periodic table. The entrance was next to the parking lot of the original Primanti Brothers restaurant, a famous 24-hour sandwich shop.

At the top of the steps to the right was a large room with a bar, a DJ booth and a large dance floor in between. A bouncer would commonly stand at the entrance to the booth as the location provided him with a bird’s-eye view of the entire club. The bouncer most commonly stationed in the booth was a large bouncer nicknamed “Zeus.” Yes, Zeus, as in the all-powerful thunder-god from Greek mythology. I was told that Zeus had previously played for the Atlanta Falcons in the late 70’s to early 80’s. I never confirmed this, but I believed it – his biceps were easily larger than my thighs.

Zeus had such a reputation for his heavy-handedness with the customers and such an imposing stature that I had witnessed customers on several occasions stop fighting when Zeus approached them. The man literally walked up to a fight, and the fight stopped. This is something I had never seen with any other bouncer since.

Having Zeus in the DJ booth was great, until the one night when it wasn't.

The music format at Chrome varied every night, anything from Hip-Hop to Trance. Mondays and Tuesdays were mostly a service industry crowd, and on those nights we played mostly Hip-Hop. On around 3:20 AM on Wednesday morning (Tuesday night), a female acquaintance of Zeus’ approached him and asked him if I could play some reggae.

Normally Zeus would fend off requests, but as he knew this girl he turned to me and said: “Dave, can you play some reggae?” In the late 90s and early 2000s, dancehall reggae was big in open format and hip hop clubs. While I would have happily obliged, I was mid-mix and simply said to Zeus, “Wait one sec, I’m mixing.” 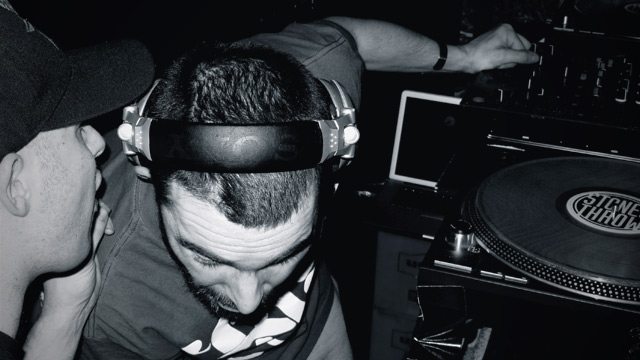 Now, Zeus was a veteran bouncer who had worked at many clubs. He knew the basic concept of mixing two records and knew that it took focus and concentration. Regardless, Zeus’ response to me was “I don’t wanna wait a second, I want a god damn answer!” He backhanded me with his fist, knocking me out cold, mid mix.

He backhanded me with his fist, knocking me out cold, mid-mix.

At this point, the girl who had asked for reggae, who was a regular, proceeded to locate the manager and owner and very pointedly said: “Zeus just knocked out the DJ.”

Out Cold But The Records Kept Spinning

Since I was knocked out mid-mix, the songs playing evolved into a train wreck. The owner and manager both noticed this right about the same time that they were informed that I had been knocked out. When they arrived at the booth to check on me, I was laying on the floor, and Zeus was standing next to me, watching the dance floor, as if nothing had happened.

Mike, the owner of Chrome, asked Zeus why he had knocked me out. Zeus replied, “Because I was having a bad day and he wouldn’t play any reggae.” At this point, Mike told Zeus he was fired and had to leave the premises immediately. Zeus responded, telling Mike that he was not fired and that he was staying put. As big as some of our other bouncers were, there was no way that even a group of them would be able to remove Zeus from the property. 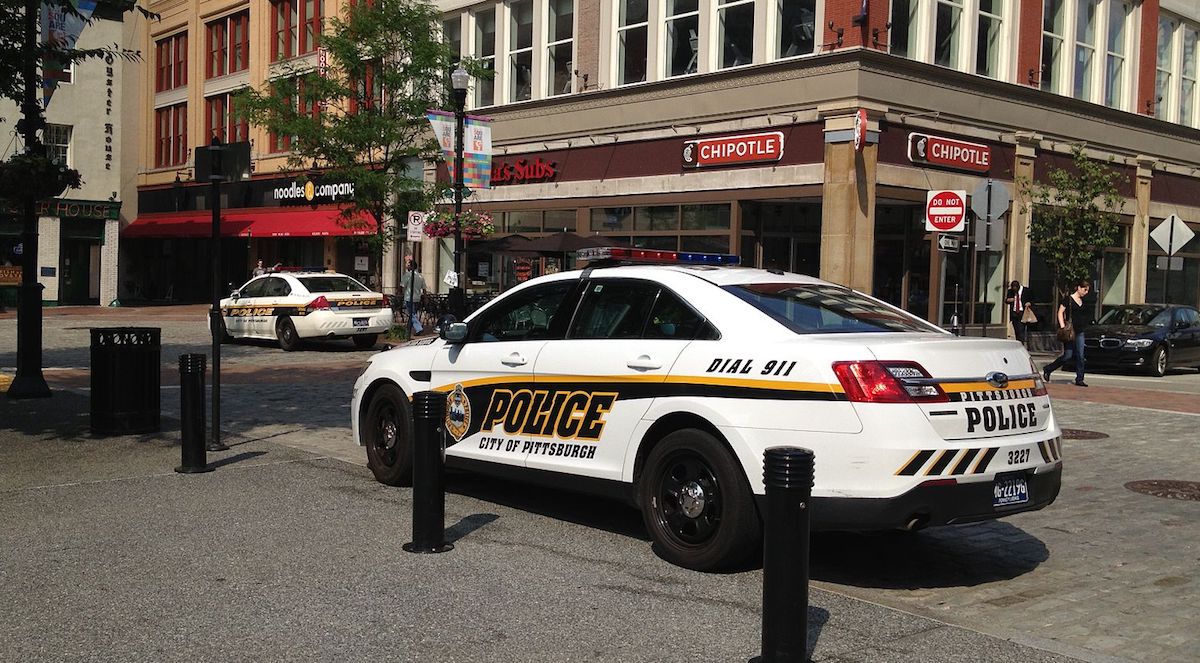 A benefit of having Primanti Brothers next door was that it attracted late-night bar patrons from across the city, but also attracted many night shift police officers. Mike went downstairs and as he was walking outside a police car was pulling out. Mike flagged them down and explained that one of his bouncers knocked out the DJ and refused to leave the club. The officer in the passenger seat said: “was it Zeus?” That’s how well Zeus and his proclivity toward violence was known.

Because of prior charges, the officers feared resistance if they tried to put Zeus in cuffs. Mike headed up the stairs assuming the officers were in tow behind him. They weren’t – instead, they had radioed for backup.

When the officers finally came upstairs with their backup, I was conscious and talking. They asked for my account of the story and if I wanted to press charges. All I could think of was Zeus sitting in a small jail cell for years, carving my picture on the wall with a piece of broken rock, waiting for the day he could get out of jail to come to visit me. I passed. The officers removed him from the club.

Back To The Decks

There was still about 30 minutes left in the night, and Mike asked if I felt up to finishing up the night.

I’ve DJed with a 103-degree fever, and I’ve DJed on crutches with a damn near broken ankle. Taking me out of the game is hard. “Yeah, I can finish the night,” I told Mike.

Never one to miss a moment for wordplay or self-deprecating humor, I marched back up to the booth and dropped LL Cool J’s “Mama Said Knock You Out.”

Have you ever dealt with violence in a DJ booth? Tell us in the comments.