The DDJ-1000 came out earlier this year to great acclaim, taking the DDJ line to a new level – for Rekordbox DJ users exclusively, of course. But today Pioneer DJ is announcing the DDJ-400, a budget-minded controller designed to replace the DDJ-RB with a layout that matches more their club gear. Keep reading for the first details, a video, and more.

DDJ-400: A Controller To Watch For First-Time DJs

There’s a brand new intro controller on the block, and with a serious budget price to match. The DDJ-400 is Pioneer DJ taking aim at the budget controller market (they already pretty much run the game with the DDJ-SB lineup) and moving the funnel so that new DJs will end up being Rekordbox DJ users.

The new DDJ-400 makes a lot of the similar design decisions as the DDJ-1000 (which in turn was largely inspired by NXS2 club kit), so there’s familiar beat FX with a large on/off blue button, filters, CDJ-style looping, and so on. 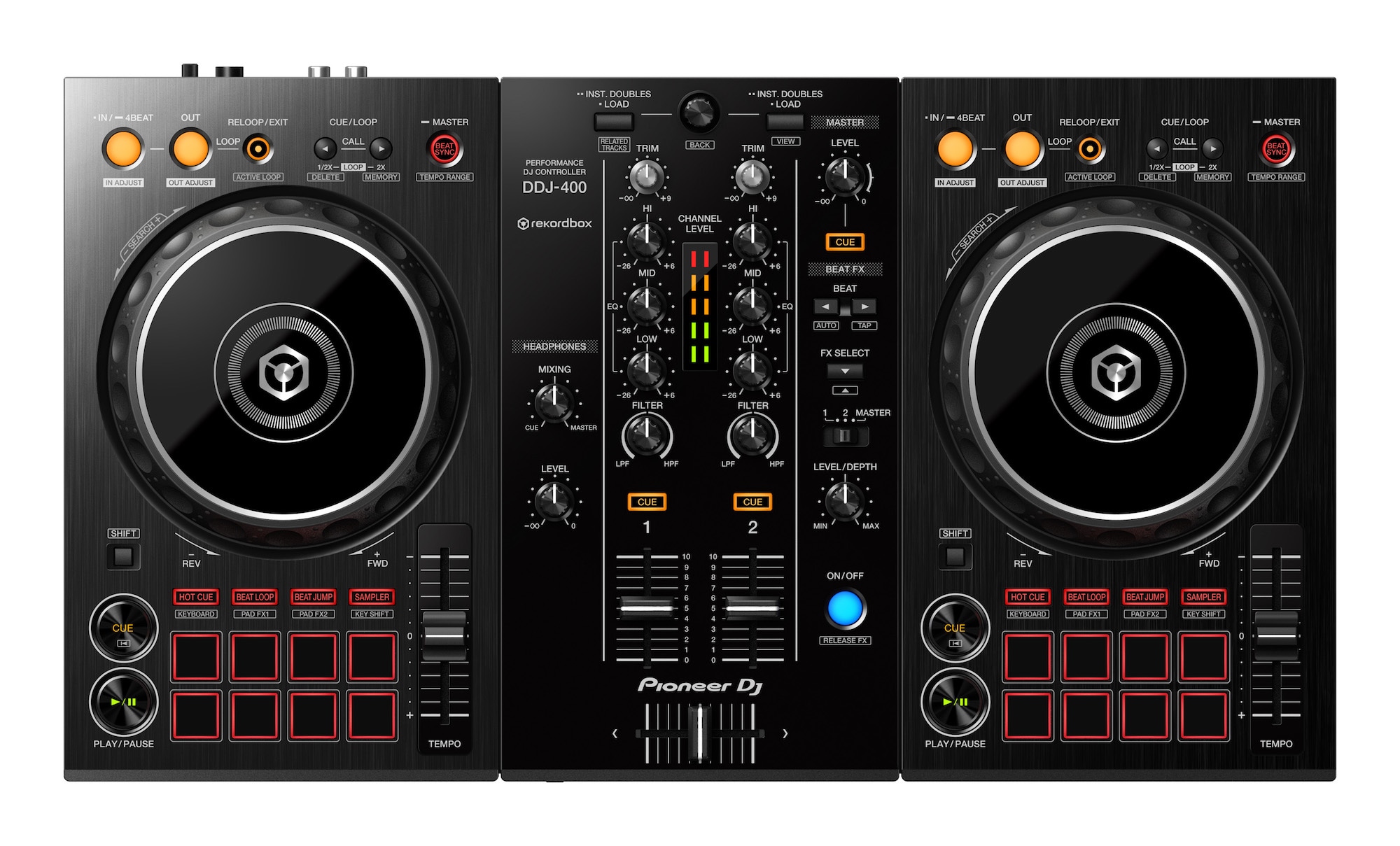 If you want to try DJing at home and see how far you can take it, we’ve created the perfect controller to learn on

Make no mistake, this new gear from Pioneer DJ is expressly designed to be the controller that you recommend to everyone who “wants to try out DJing but doesn’t know what to start with”. Unless you’re using a DDJ-RR/SB3 or similar basic controller right now, you’re unlikely to upgrade to this kit. You might purchase it as a solid backup or a portable controller for gigs that you don’t want to bring a ton of gear to.

At the same time, Pioneer DJ is also announcing a new update to Rekordbox DJ with features specifically designed to go well with this launch. The big points here are:

Think you’d recommend a DDJ-400 to a new DJ, or not? Debate in the comments below.