djay for iOS: Every Algoriddim App Merged Into One, Free, With Better Spotify Integration

What happens when the top-listed DJ app on the iOS App Store decides to double down on their market dominance? Algoriddim’s djay has long ruled the charts on iOS, but with a new unified app release for all devices today, their position gets even stronger. The app is now free (with pro features as a $5/month subscription), includes some advanced Spotify streaming functionality. It’s a powerful offering that every DJ should take a second look at even if they’ll never use it as their primary DJ platform.

Times have changed since DJ for iPad came out in 2010. People view the utility and power of iOS devices in a much different light, having seen dramatic improvements in hardware specs and software functionality. In 2018, DJs might be surprised to see a seasoned DJ use an iOS device as their default mixing platform of choice, but using one as a casual tool, learning platform, backup setup, or even for simple gigs is far less likely to be scoffed at.

With this new release of djay, it has become the single app that Algoriddim develops on iOS platforms. There’s no longer any distinguishing between iPhone and iPad, or between normal, pro, or video mixing apps. Everything is baked in one – which makes it a lot easier to try the full feature set that each app offers. There’s extensive free functionality baked into djay, but the company also offers a paid subscription which unlocks more advanced options.

Here’s what is in each with this release: 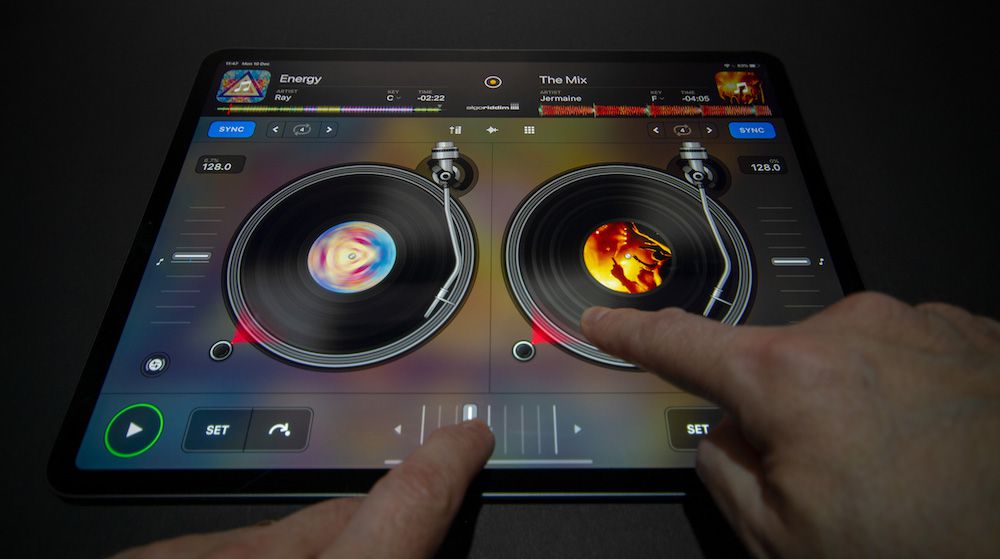 The Good Stuff In A Pro Subscription

I delayed before finishing off this announcement article because I didn’t just want to regurgitate the press release of Pro features. There’s a lot of stuff in there, and much of it is added value for some DJs but completely useless to just as many. Instead, I decided look for the most compelling stuff that would make a $4.99 monthly djay Pro subscription worth it. There’s a 7-day free trial, so I started that and began playing around. 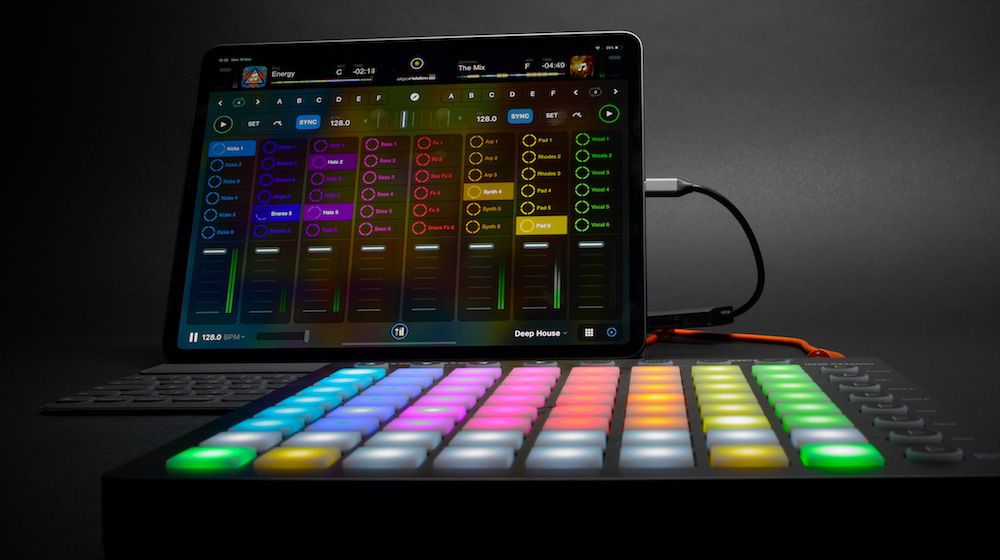 Honestly, there’s a lot to dig into in this version of djay – and it feels worth a more extended mix session and review. I’ll be checking it out over the coming winter holidays to see what other softwares could stand to learn, and why entrenched DJs should check out Algoriddim’s offerings.

Worth noting – the new version requires users to be running iOS 11.2 or later, so if you’re a late adopter of iOS versions this might hold you back for a bit.