Those who do a lot of heavy scratching and crossfader tricks on their VCI-100’s have some minor complaints about weight of the fader being too light. Luckily however one of the users of our Forum going under the name of PaddyDj has successfully integrated a Pro X Fade into his VCI-100. We were able to get hold of PaddyDj who was kind enough to make a wiring diagram that will make doing this mod just that much easier.

First you you need to take off the bottom face plate of the VCI-100, this is a simple process just use a small screw driver to remove the 5 screws as shown in the picture.

Now we need to remove the Two screws either side of the VCI-100 which are highlighted in this picture.

Now we need to remove the four screws on the side of the VCI and one screw under the VCI. The process of taking apart the VCI-100 was best described in this video Ean made for the VCI-100 firmware mod. If your doing this mod it also might be a good opportunity to perform the Ean Golden 1.3 firmware mod while the unit is open if you have not already. Either way your going to need to perform the first step in this video:

The next step is to remove wires on the VCI crossfader making sure not to damage the wires by pulling them out of the socket they go into . What this picture does not show is that the these wires and the pin connectors are actually housed in a plastic socket, they will have to be removed as described blow.

Each wire will have to be carefully removed from the plastic sockek using something pointy as shown in the picture below, the aim is to push the connections out of the small plastic housing without keeping the pin conections intact to the wire. 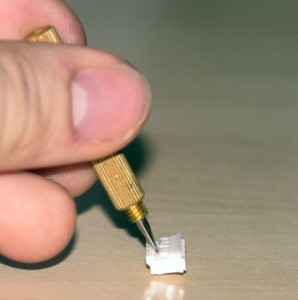 Connect the wires from the previous step to the pins shown on the Pro X Fade pins as shown in the next picture. 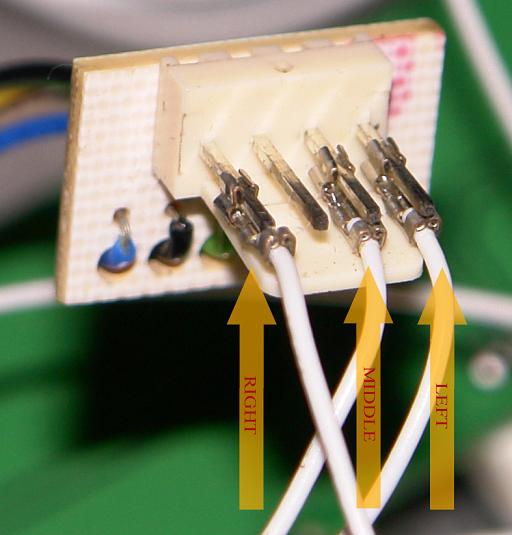 The last step is to simply put your VCI-100 Back together. You can use the same screws and same holes you uses to screw in the VCI-100 crossfader to screw in the Pro-100 X Fade.

Once its done it should perform a little something like this:

Now all is left to do is enjoy your handy work !

A big thanks from DJTT goes out to PaddyDJ for prodiving the pictures, video and details for this mod.