How to #Win at SoundCloud

SoundCloud is quickly becoming the hip new community for audio creators, especially electronic artists. Even though they recently started cracking down on copyright violations, the site remains an excellent place to promote your remixes, productions and get DJ gigs as a result.  Here are a few steps to #winning! @ SoundCloud, taking full advantage of its community, and making sure your tracks reach the largest online audience. I’ll also supply some examples of SoundCloud profiles that have followed these steps and succeeded.  Finally, We even got SoundCloud themselves to add their own nuggets of advice! 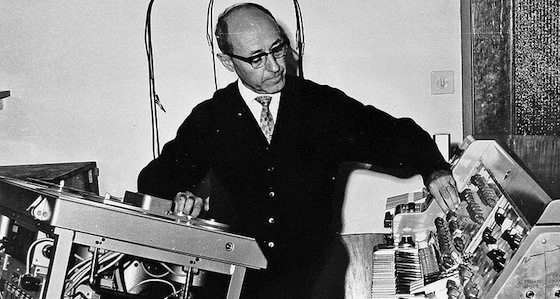 The first step to any musical endeavor: your content needs to be top-quality. Avoid putting works in progress on your SoundCloud profile publicly until you’re completely ready. SoundCloud is a great tool for privately sharing audio, so if you have projects at a stage where they are not for public consumption, or you want to collaborate with other audio creators, features like private sharing, secret links and timed comments can really help.

When releasing tracks, let one go out for free every once in a while. Free downloads spread like wildfire across SoundCloud. Look at Aeroplane’s profile. Their downloadable tracks have significantly more plays than the material they’re holding back.

SoundCloud Says: Sharing is important! If you have a new track, share it across your networks. Such as posting onto your Facebook wall, embedding a player onto your site, or inviting blogs to embed a widget of your track. How about linking in your social networks and using the sharing note?

Even if your music is good, it could be construed as bad if it’s being listened to by the wrong people. Make sure the genre of your uploads is set precisely, and tag your track accordingly. Avoid popular tags like “Wolfgang Gartner” and “Daft Punk” — these will get you nowhere. Record labels are usually good at categorizing their tracks. Take, for example, Allusion Records’ profile. They’ve labeled each track specifically; not just “house” but “tech-house” in many cases. It’s important to identify with subgenres, because there are listeners out there who really know what they like when they are searching on SoundCloud.

SoundCloud Says: If you churn out a lot of content you can select the best tracks to put in front of your audience with the spotlight feature.

Join groups that legitimately reflect your musical interests, and submit your uploads to the groups that make the most sense. You can usually find over 20 groups to send a single track to. Think beyond genre: I submit my tracks to groups focusing on music made in Austin, TX, where I live, as well as “unsigned artist” groups. Johnny Muse added his track “I’m So Laid Back” to 58 groups and has had 214 plays this week at the time of writing. The track also boasts 31 comments.

5. Interact with other users often

There are two main ways of achieving this goal: by commenting, and by directly sharing tracks. Try commenting on other user’s tracks, without being annoying. Say something descriptive, and occasionally be constructive rather than blindly complimentary. People notice when you comment on things, and will likely check you out. Renegades of Jazz have more than 10 followers for each person they follow, but get their name out there by commenting frequently. I discovered their profile through some comments they made on tracks I was listening to by another artist.

In addition, if you are building a conversation with another user sharing your tracks directly with them can help to create a personal dialogue. You can send your tracks directly to dropboxes on user profiles. However, definitely avoid sharing tracks with too many people, and to people who won’t enjoy your music. Whoever you share it with will get a message saying “_____ shared this track to you and 189,444 other people.” That’s no way to make friends.

A great way to know who to interact with is to pay attention to who starts following you, and don’t hesitate to follow back users who are creating similar content (or music that you simply like).

SoundCloud Says: Your dashboard can be an RSS feed of new music from your followers, check out their updates in your dashboard and start a conversation over the next awesome track they upload, or reply to one of their comments. You never know, you may find someone to collaborate on a new track or be asked to remix one of their tracks in the future.

Following users on SoundCloud is a cyclical action. If other users see you’re following them, they are likely to check out your music and follow back, leading to more exposure. Chi Recordings follows over 1000 users and has over 2000 followers.

All of this takes time. It doesn’t happen overnight. But by applying these methods, I was able to dramatically increase the number of times my tracks are played. I went quickly from getting 1-6 plays on a track to over 40, over the course of a weekend. That’s not where I’d like to be, but it’s indicative of a trend that can only continue. Hector87’s “Everything Is Going to Fail” has received 23 downloads in 24 days. These are the kinds of statistics you’re going to get excited about. Don’t expect thousands of plays each day just yet.

The steps above are a nearly effortless way to increase exposure and fan base if you truly are doing it for the right reasons and want to interact, collaborate and engage with a community who want to create too. As a great bonus, you’ll discover new music and help support other artists!