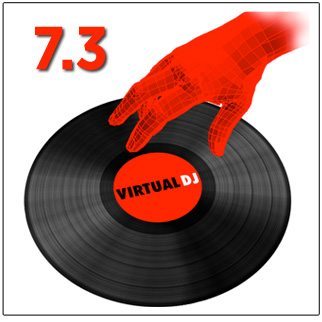 As much as every fan of Atomix Productions’ Virtual DJ software is waiting with baited breath for the day when VDJ8 is released (it’s in private beta now), it still would seem that there’s a bit of a crunch to go before the new version is ready. But Atomix continues to crank out new version updates, with a brand new version, 7.3, having been released this past weekend.

The new update is primarily focused on improving the audio engine – Atomix’s sclavel drops the details on the Virtual DJ forums:

The focus on this new update is mainly the sound quality.
We’ve improved the audio engine, using 32-bit internal processing, we added an automatic Limiter, an optional new Parametric Equalizer with customizable frequencies, and in general ported back from v8 some new improvements that make VirtualDJ sound better.
VirtualDJ 8 will sound even better, but 7.3 is already a noticeable improvement over the previous versions.

We also ported back from v8 the multi-word search engine.
If you search for “Guetta Love”, the search engine will now show all the results that contain both the word “Guetta” in one of the fields and the word “Love” in the same or any other field. (unlike v7.2 and previous, where it would have shown only files matching the exact string “Guetta{space}Love”).
If you want to search for an exact string with spaces, just include it between double-quotes when you type it in the search field.

And as usual we added native support for the latest and newest controllers that will hit the market soon, and we fixed a few small bugs that had been reported.

The new version is free for all registered Broadcaster/Pro Basic/Pro Full users and is available for download now.