How To Get DJ Gigs In Unlikely Places

As we touched on last month, not getting booked is a common complaint for DJs around the world. For today’s fun Friday article, we thought it would be great to explore some of the venues that DJs of all skill levels might overlook in their normal quest for gigs and residencies. Read on to learn more about spinning in hair salons and museums.

Before we start breaking down the different types of gigs that are out there, it’s important to talk about why DJing in new and strange types of venues is a brilliant opportunity. It’s not just conjecture either- I’ve played DJ sets in a wide variety of places: museums, election rallies, art galleries, hotel lobbies and probably about 30 more unusual places.

Many long-time DJs would argue that every gig should be 100% spot on – and that if you’re playing out, you need to make sure that you’re on point from the moment you drop the needle (metaphorical or physical) on the first track. Playing gigs in non-traditional settings can be perfect middle ground between the bedroom and the club – allowing you to test tracks, but more importantly allowing you to be playing music in a public setting.

Playing to an empty room or to passersby who barely pause upon hearing your set can be discouraging – but it’s actually a unique opportunity because you’re Playing Out, even if no one is Out. The normal extra pressure that comes with having your name in lights or with a packed club residency isn’t there at many of these gigs – so take that chance to get better, try something new, or both!

Ok, so you’re ready to start searching out these unusual gigs. We’re putting together a list at the end of this article of our ideas – but one of the best ways to get yourself booked is to pretend like it’s your livelihood. Mobile DJs know that one of the secrets to finding gigs is to talk to people who don’t even know that they need a DJ yet – and you should apply this same mentality to looking for these opportunities.

When you find yourself at interesting events with no consideration being paid to the music, it should smell like opportunity to you. Run through a quick checklist:

Talk to the people running the show – have a conversation about what you think of the event/space – and don’t be afraid to ask them if they’ve ever considered having a DJ play in their space. This might be networking 101 – but by socializing with the people who are in charge, you can secure a potential opportunity for yourself if you make them realize that you have something to offer to them and their event.

Get their contact info (ideally send them an email on the spot) and remember to follow up if you want to get the gig!

ACCEPT THAT SOME OF THESE GIGS WON’T PAY 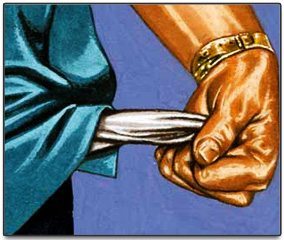 While you should never devalue your time, you should know that a lot of non-traditional DJ gigs aren’t going to have the same type of money to send your way at the end of the night. There’s a lot of discussion in the artist community about what’s acceptable to expect from gigs that I won’t get into here – but whatever you do, don’t pay to play.

When talking to Mad Zach about this article, he suggested that the alternative types of DJ gigs usually have the benefit of “having better babes”. While I won’t carve his words into stone, I’d agree with the fundamental idea that you’ll meet a wider array of people at unique gigs because you’re encountering people in a context that isn’t a club. Networking in a loud and packed club is hard, while networking at the Catalina Wine Mixer is expected.

We live in an era of music selectors, and individual music taste rules headphones around the world. There’s competition of music curation everywhere – from your mom’s Pandora station to your best friend’s Spotify discoveries, and your office’s collaborative Rdio playlist for the holiday party last month. Make sure that you know exactly why you’re better than a playlist for the gig you’re going to play!

Here are our suggestions for locations to scout to score a unique gig: 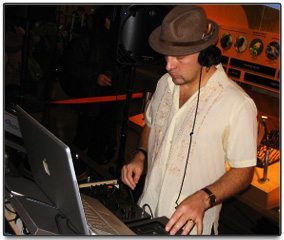 Any time there’s an opening at an art gallery, there’s often a few critical ingredients: free alcohol, cheese, a significant crowd of people, and naturally, art on the walls. This is a pretty low hanging fruit for DJs as gallery openings often have music and are trying very hard to be the coolest event of the evening.

Larger museums also present unique opportunities – especially if you know of any nighttime events at the museum in question. Here in San Francisco, the California Academy of Sciences regularly hosts DJs at their weekly Nightlife event!

Who Can Get You The Gig: Talk to the curator of the next show or the gallery owner.

Something a bit more obtuse – but have you ever considered that your regional transit system could be the perfect place for your next DJ party? If this sounds a bit too much like an unrealistic soda commercial, don’t fret- taking over public transit is pretty easy if you’ve got a solid set of friends and fans who will attend and ideally access to a silent disco style sound system. Just like in this gig which Mad Zach rocked at the end of last year:

Who Can Get You The Gig: This is very much a DIY thing – conspire with some friends!

This gig is a bit more common, especially in stores with a reputation of coolness to uphold. You’d be surprised how many store managers are excited at the possibility of having a DJ in their store to attract people in, and feel free to get creative here. First person to report playing a 100% chiptune set inside of a video game store wins a gold star.

Who Can Get You The Gig: Ask to talk to the manager about playing their next big sale event.

A few months ago I was asked to DJ an open house by one of my friends who is a leasing agent for high end rentals in San Francisco – and apparently this is now a common trend for high rent apartments and lofts being shown in LA and New York City. Often times other agents show up to these events – and they’re perfect people to hand off a business card to.

Who Can Get You The Gig: Your best bet is finding someone who is involved in the real estate industry already.

A reoccurring theme in this article is finding places where people want to add an element of coolness to their event. Politicians need as much help as they can looking cool and appealing to new audiences, and as long as you don’t have a conflict of conscious playing their events, it could be a great way to play out more during election season.

On the flip side, political protests are often places desperately in need of music to get their attendees riled up and ready to chant and wave signs for hours on end. You can get really clever with song selections, too – I’ve heard many a protest DJ mix in “War Pigs” to great effect.

Pro tip: don’t bring your fanciest gear along to a political protest if it might get messy.

Fundraisers and charity events always need a music expert on hand to ensure the success of their event – but more often than not, they’re asking their friends to help find someone who can DJ some music off their iPod. In particular, large and lengthy charity events (a great example in the US is Relay For Life) need a DJ to keep the participants going through the course of the entire event.

How You Get The Gig: Attend events being run by or that benefit a nonprofit/charity and hunt down the organizer. This will almost always be an unpaid gig!

If you’ve never heard the story of how Claude VonStroke’s record label, Dirtybird, came into existance – it’s time for some education. Long story short, Claude, Justin Martin, Christian Martin, and a few of their compadres bought a massive sound system to bring to picnics in Golden Gate Park. For the first few attempts, just their friends showed up and listened to their tech house selections- but word spread, and soon thousands of people started showing up to their renegade park party.

It’s an absurdly successful party now – see for yourself:

Most major sports teams now have their own DJs to provide the sounds during any downtime in their games. This keeps the audience pumped and entertained during halftimes, commercial breaks, and even simple timeouts.

Many non-professional teams aren’t this fancy, but would jump at the chance to have a DJ holding down their show. This could also be an opportunity to test your mettle at sports announcing if that’s on your bucket list.

How To Get The Gig: Find a sport you know decently and find the arena/venue manager – or maybe even just the home team coach!

Finally, this “venue” is a bit more oriented towards unique live performers and producers, as busking requires a bit of generative talent to really capture an audience. The best example of this being successful for someone in the industry is DubFX – but other producers (especially finger drummers!) have a great opportunity in public spaces. Check out this video of a street performer rocking an MPC in Melbourne:

How To Not Get Shut Down: Get a busking license – pretty much every city has their own rules for busking. Google it!

There’s plenty of other alternative venues out there – here’s some of our favorites that came up in the brainstorming session:

What non-traditional gigs have you played that went over really well? Let’s hear your best stories in the comments!

Financial Management + Taxes For DJs in 2018

Talking To Promoters + Club Managers: The Art Of The Approach