The DJ turntable market has seen very little excitement in recent years. With the discontinued Technics SL-1200/1210 still lording over all other decks in people’s consciousness, most manufacturers, with the honorable exceptions of Vestax and Numark, have stuck mostly to straight-up “Technics replacements.” With the RP-8000, however, Reloop has set foot in new territory altogether.

The Good: Solid, reliable turntable at its core, with the unique addition of well thought-out MIDI controls on the deck.

The Bad: Some quirks in the design mean that the power switch should basically just be avoided altogether.

The Bottom Line: If you want a reliable turntable for advanced DVS use, the RP-8000 is a great buy.

If you are thinking that the RP-8000 looks familiar, you are not mistaken; the basic DNA of the deck is that of the now well-known “Super OEM” turntable.

Produced by Chinese manufacturer Hanpin, the basic Super OEM model first appeared some years ago, and is widely regarded as the closest thing you can buy to a new Technics 1200. That’s mostly thanks to the particular type of brushless direct-drive motor integrated into the platter, which was patented by Technics/Panasonic, and couldn’t be closely emulated by others until that patent expired 25 years later.

The Super OEM has since appeared in number of different guises, each with subtle tweaks to the design, but all similar under the hood. There have been models from Stanton, Audio Technica, Kam, Citronic, Synq, American Audio, and Reloop themselves; the RP-6000 was a “regular” Super OEM model. 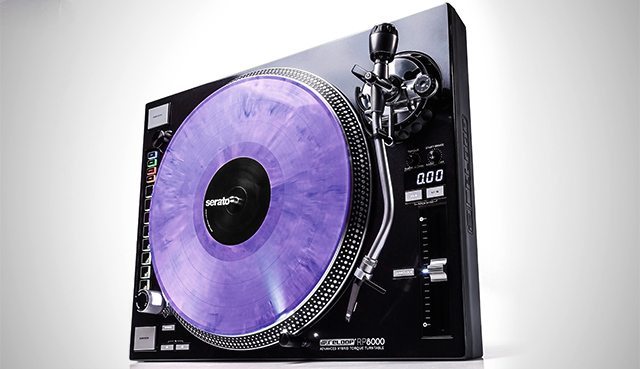 The RP-8000 takes the Super OEM template a few steps further, but the roots of the design is not something Reloop should be ashamed of; after all, the fundamental hardware inside this deck has now been proven over the course of a decade. While there’s no way to know if the Super OEMs will have the same lifespan as the Technics (I’ve got a 1200 of late-1980s vintage myself—still going strong), it’s clear that the Hanpin models live long, healthy lives. My Stanton ST-150 must be at least seven years old, and works as well as the day it left the factory.

The motor is good, the platter is good, the tonearm is fully adjustable and works great. Those are the basics of the Super OEM, and they all stand in the RP-8000. The base of the Reloop is plastic, as opposed to the heavier rubber found on others, but that doesn’t seem to make much difference to the resonance and vibration resistance; it does also have the side effect of making the deck easier to carry around.

The amount of torque is adjustable—from the relatively weak level of a 1200 to the belt-sander level usually found on a Super OEM. and it also has the wide selection of speed options we’ve come to expect from its forebears: 33/45/78, plus 8, 16 and 50% pitch ranges. All bases covered. 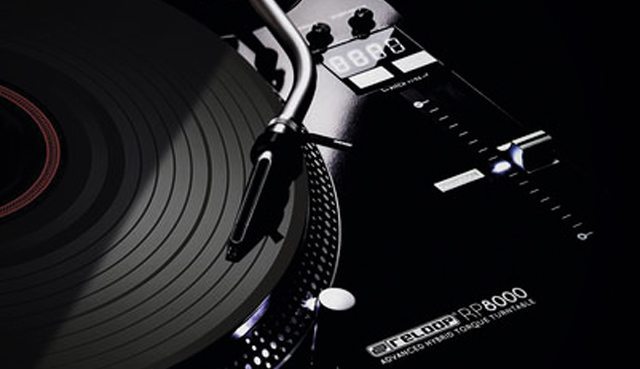 So having based the RP-8000 on venerable fundamentals, Reloop has made a lot of tweaks to the design for this model.

One big factor is the digital pitch control. When the deck is set to +/- 8% pitch range, it offers a resolution of 0.02%. That’s the same as a Pioneer CDJ set to +/- 6% range. Most Technics 1200 variations offer a fully analog pitch control, so theoretically infinite resolution—but that’s restricted by the physical length of the fader.

After a little time, I was easily able to adapt to the feel of the RP-8000’s pitch—in fact, I would compare it to the adjustment I had to make when a club I was a resident at picked up some SL-1200 M5Gs, which also have a digital pitch. It’s perfectly good, just a slightly different feel to an analog pitch. Reloop reckons there’s digital goodness going on to keep the pitch totally stable, and it certainly felt rock-solid.

The digital nature of the pitch control is reinforced by the bright, clear pitch readout above it, which also serves as a feedback display when making changes to the various options on the deck, of which there are quite a few, all accessed via pressing different combinations of the MIDI controls when powering up.

CAUGHT IN THE MIDI

The really big new feature in the RP-8000, of course, is the MIDI controls, positioned to the left of the deck (or bottom, in battle position). It offers eight buttons, with four more to switch between different modes, and an endless encoder with push functionality.

The buttons themselves feel really good, with a non-clicky, pad-like action, and they’re just big enough to feel comfortable, and a decent-sized target, even with my fat fingers. Reloop has done some clever engineering to make them fit inside the deck, which is, astonishingly, only a few millimeters wider than a 1200.

Banging away on the buttons does vibrate the deck somewhat (how couldn’t it?), but I tested against Novation’s Dicers, which I’ve used successfully for years, and from that perspective the RP-8000 is no better or worse than 1200s with a pair of those attached.

When used with Serato DJ, which in recent versions treats the RP-8000 as a piece of native hardware, the setup couldn’t be simpler; it’s truly plug-and-play, offering cues, loops, loop rolls, SP6 control, and the Slicer, all of which work great. You can scroll through your crates and tracks using the encoder, and load tracks by pushing it—really intuitive.

The MIDI functions also work great with Traktor and other MIDI-capable software too. I had a few issues with browsing my library in Traktor, but that might just mean the .tsi needs a little tweaking.

I really like the split mode, wherein you can assign half the pads to one function and one to another. It’s not often I have more than four cue points on a track, so to have four of those plus loops available simultaneously is very cool for me.

The deck has a second USB in-port, so you can daisy-chain up to four decks together, needing only one port on your computer. That’s a nice touch, although it can be problematic, as I’m about to explain…

I’VE GOT THE POWER!

Most Super OEM decks have a power switch on the back, and a separate switch to power down the motor, in the same location as the power switch on a 1200. The RP-8000 forgoes that, in favor of having the switch “on deck” turn off everything.

That includes the line-level pre-amp—so when you switch off, audio stops being sent immediately. Okay, you can run the deck at phono level to avoid that, but it also stops any transmission of USB data through the deck. So you can’t hit loop rolls or samples as the motor winds down, and any decks further upstream from it (say, deck 2, if you turn off deck 1), will no longer be seen by the software either.

There’s also a very odd phenomenon, in that the motor speeds up slightly before winding down when you power off. You can see it clearly in my review video.

The simple solution to this, of course, is to never use the power switch when mixing. But it is something you’ll have to think about if you’re used to other DJ turntables out there. Plus, while there is a brake adjustment on the deck to allow you to choose a long wind-down time manually, that’s a shared start and brake adjust, which could mean it gets annoying having to fiddle with that often to achieve the desired result at different points in your set.

That’s the one design choice on the RP-8000 that I wish Reloop had done differently. As I say, it’s not a total disaster, you just have to adapt how you work a little, but sticking to a rear-mounted power switch would have resolved every issue I have with the deck in one fell swoop. 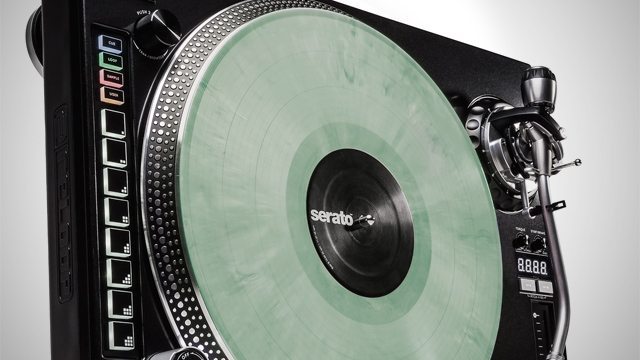 I don’t intend for my issues with the power switch to paint the RP-8000 in a totally negative light. It must be mentioned, but, let’s be clear—I had a blast with this deck.

I’ve been a big fan of Dicers ever since they launched, to the point that I can’t imagine playing with Serato DJ as a DVS without them. The Reloop takes the idea of Dicers to a whole new level, with a big increase in available functions, while skillfully grafting them into a turntable that is totally capable in every other respect.

There’s always a concern that adding in extra bits (MIDI controls, in this case) to an existing form factor can increase the chance of failure—what happens if the MIDI buttons break?—but Hanpin-built products have proved their durability over many years now, so I’m not too worried about that.

The old argument for buying 1200s was that you’d find them at every venue, so why practice on anything else? Those days are gone. Chances are, if you are a turntable user, at least here in Europe, you’ll need to take your own decks to a lot of gigs. Plus, many working DJs today are used to transitioning between turntables, CDJs, and controllers, so getting used to the feel of the pitch control on the RP-8000s is no big deal—and you get a heck of a lot of extra functions to make it worth your while.

The RP-8000s are quite expensive, for sure. They command a price premium of around $200 more per deck compared to a regular Super OEM. Whether that’s worth it depends on how much you are interested in the creative possibilities of having all that control right there by your platters. If you are, then Reloop has given you some exciting new tools to work with, and it’s great to see another company doing something different, in a market still ruled by traditionalism.