Traktor Pro 2.8 brought support for the Kontrol D2, as well as several other features. Quietly included in that update were mapping options for “MIDI Controls”, which allows Traktor to read MIDI signals from one device and parse this input as a MIDI signal for another device. Essentially, this feature allows you to control not only Traktor, but also external VSTs, DAWs, and MIDI hardware with one device, and also allows you to integrate those controls with Traktor’s built-in modifiers and environment states. Read more to see how this powerful mapping feature can seamlessly extend your live performance outside the bounds of Traktor.

What do the Global MIDI Controls do?

The core functionality of the ‘MIDI Controls’ is to read the button, fader, or knob states from one MIDI device and pass those states to another MIDI device. Although the feature was designed for the customization of the S8 and D2 “Performance Area” knobs, buttons, and faders, this feature works with any MIDI device. 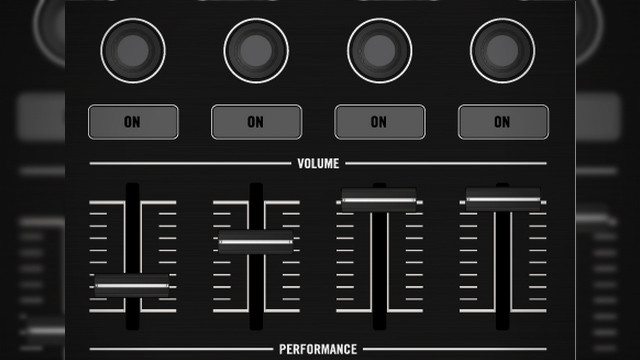 The MIDI Controls, like many other inputs in Traktor, can be interpreted as special modifiers taken from the state (values) of the controls assigned by the user on the In-Port.

Matching MIDI Control outputs send the corresponding values of the assigned inputs as MIDI signals on the Out-Port. As of Traktor Pro 2.9.0, there are 8 knobs, 8 faders, and 8 buttons which may be assigned per mapping scheme. Like most other Traktor key/MIDI mapping functions, the MIDI Controls can be programmed to interact with modifiers; this allows you to fit these mappings with Traktor-mapped shift buttons or mapping page functionality.

What can Global MIDI Controls be used for?

Unlike most Traktor features which can manipulate audio from a deck or change the basic operation of the software, this addition does not directly affect anything within Traktor. Instead, this feature can be used to extend the functionality of your MIDI controller outside of Traktor’s functionality.

This essentially allows you to control any MIDI-compatible device, software or plugin from a MIDI control surface already connected to Traktor and integrated with the powerful mapping assignment features Traktor offers.

One long-requested feature for Traktor that has yet to be implemented is the ability to natively use VST plugins. However, in combination with a virtual MIDI port (such as the built in IAC Driver on Mac OS X, or loopmidi for Windows), it is possible to control a VST with the MIDI signals passed by Traktor. This would allow you to use the same controller to control Traktor and your VST plug-ins.

One reason to use Traktor to repeat the signal, rather than duplicating the MIDI input signals with a utility, is to take advantage of Traktor’s modifiers so you can, for example, create a page of VST controls on a MIDI Fighter, create an instant-gratification mapping, or change a control’s functionality with a shift button.

Here is another example, where some previously unused knobs and buttons of a Numark 4TRAK have been assigned to Massive, configured to generate and apply effects to white noise, which can be very useful in your sets. The leftmost button has been assigned to turning the white noise generator on and off, while the four knobs (from left to right) control the white noise amplitude, color, reverb, and master volume.

Another use for the Global MIDI Controls is to control a DAW such as Ableton Live. Using a tool such as Soundflower for Mac or Virtual Audio Cable for Windows, you could route audio to and from Traktor and your preferred DAW, and use the Global MIDI Controls to trigger MIDI loops, VST Effects, and launch samples in a DAW using the same device connected to Traktor. Again, this is powerful as you can use Traktor’s mapping modifier variables alongside the Global MIDI Controls, allowing you to, for example, create a page of Ableton sample triggers for a MIDI Fighter which could also control loop rolls and instant gratification effects in Traktor.

How to map the Global MIDI Controls

In order to use this feature, you will require the following software:

Due to the wide range of possible software and hardware you’ll be able to control, it is very likely you will need to experiment with the note and CC signals Traktor outputs. Here’s a general guide to assigning the Global MIDI Controls:

Despite being a very unannounced feature, the Traktor Global MIDI Control mapping assignments are potentially one of the most powerful mapping features Traktor has to offer. With the right combination of MIDI mappings and audio routing, the possibilities for integrating Traktor with performance software and devices are endless. This feature could be a game-changer for live Traktor performance.

Experimented with the Global MIDI abilities of Traktor yet? Let us know how it went in the comments – we’re excited to hear what your experiences are.