The most popular  DJ gear at NAMM by far were the new CDJ-2000NXS2 media player and DJM-900NXS2 mixer. The new models are an incremental upgrade (most of the features expand on other solid Pioneer DJ features), but it will soon be the new standard in CDJ-oriented DJ booths around the world. We spent 30 minutes mixing on and testing a NXS2 setup, read on for our first impressions. 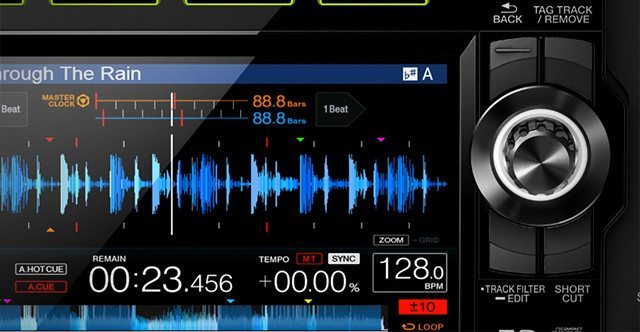 The biggest immediately noticeable update on the new CDJ-2000NXS2s comes on the top third of the unit, where there’s a brand new 7” touchscreen and browsing knobs around the design around the track select button. The browse knob/button workflow takes a bit of getting used to if you’re coming from the older CDJs – there are now four buttons that form a ring directly around the knob:

The Track Filter menu is the most useful new browsing feature. Instead of sorting playlists by BPM or key and scrolling through loads of tracks, you can quickly choose a playlist or any directory of songs and apply a filter on top of it. I found that this saved me a significant amount of time in the process of finding the next track. Score one for efficiency – but as with most onboard software features, we hope that Pioneer DJ can find a way to bring this feature to other CDJ units.

The touch screen itself great/works well, but isn’t essential to the unit, unlike on the XDJ-1000 where the touch controls for Loop, Beatjump, Sync, etc don’t have hardware buttons to trigger them. A few instances where touch makes a difference:

Finally, there’s a new phase meter display that shows the beat grids. If you’re used to mixing with Serato DJ or other softwares where waveforms are displayed directly next to each other, the new phase meter mode will be a welcome change. It’s a bit more precise than the old one (which is still an option in the settings), and allows you to see how you’re effecting the grid of each track as you change the BPM and nudge the jogwheel.

A few things really stood out as workflow improvements that would make a big difference in an average mixing session:

Yes, the DDJ-SP1 can now be connected into a set of connected CDJs and trigger cue points, drop loops, trigger loop rolls, and activate sync mode on the CDJ-2000NXS2. The SP1 can be plugged into any USB port in an entire Pro Linked NXS2 system and controls up to four CDJs.

We pressed Pioneer to share more details on if other CDJs/XDJs would be getting this feature, but they didn’t have an answer for us – only that they had “also gotten a lot of interest in this feature.”

What Is The CD Drive Even Still Doing Here

We asked about the still-present CD slots on the CDJ-2000NXS2 – considering Rekordbox being the central hub of all Pioneer users, shouldn’t the emphasis be on HID modes and USB media on new players? Apparently the CD drive is still requested as a backup option for professional DJs (even though you can use Rekordbox on your phone, computer, or a SD card as a backup if your USB drive fails). We also noticed that the DJM-Tour1 and CDJ-Tour1 prototypes on display still had CD slots on them.

One of the hard parts about testing gear at NAMM is that the entire convention is a massive noise-filled hall, and so no one is allowed to turn up their setup too loud. It’s a bit of a catch 22 – aside from in headphones, it’s nearly impossible to get a good sense of how any gear sounds because of the show’s relentless cacophony.

The new NXS2 units boast FLAC support, 64-bit mixing processor, and improved sound cards, we’ll have to wait until for a proper test on a club system to really get a sense of the improvements. It also could be really cool to do an audio comparison against other top-of-the-line mixers at other high-end mixer companies like Rane and Allen & Heath.

The four-channel DJM mixer has long been a staple of DJing, with the modern dual FX units (color and beat) features really taking hold with the DJM-800 in 2006, an integrated soundcard arriving in the DJM-900NXS in 2011, and Serato support on the now-discontinued DJM-900SRT in 2013. The 900NXS2 has a number of big improvements: 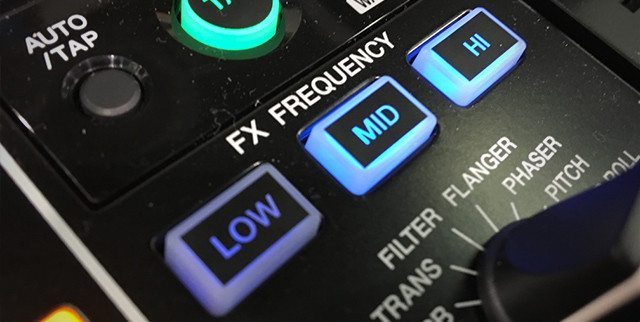 Smart call by @pioneerdjusa on this new touch strip reverb filter control on the DJM-900NXS2, really fun. #namm2016 hit the link in our Instagram bio for more NAMM news and a at-show review of the NX2 units (posting later tonight!)

One odd choice: Pioneer rearranged the Beat FX assignment knob.The crossfader and mic assignments are now all the way to the left side of the knob making it harder to quickly switch without looking – especially if you have years of experience with any other Pioneer mixer, where the FX order is 1-4, Mic, CF A, CF B, Master. Even the  A/B order of the crossfader assignment is reversed, so the furthest left one is CF B. This makes no sense as CF A is on the left side of the mixer.

This is another obvious upgrade from Pioneer, because in the past it was only possible to have Send/Return FX if you used the Beat FX unit. Switching into that often would rob DJs of the other powerful effects in that unit.

With the new Send/Return loop, there are two options:

The USB port right next to the send/return loop is powerful because it can pass audio in and out – we used it with an iPad running the RMX-1000 app that launched late last year, and it was fun, but there’s a bit more potential here that we hope will be taken advantage of.

Pioneer has taken the turntablism-oriented crossfader that they developed to put into the DJM-S9 mixer (read our review here) and put it into the NXS2 DJM, and it’s a welcome addition. The DJM-900SRT had a nice crossfader in it, but other than that most of the DJMs have had pretty sloppy-feeling crossfaders compared to Rane’s. It would be nice to have added more control over the crossfader curves – even if only digitally in the menu.

DJs who have shied away from the DJM line in the past due to wanting something more suitable for cutting will be pleased, but for DJs mixing with upfaders, it could go unnoticed.

Overall the new NXS2 line brings a lot of improvements to the table that most DJs will welcome, but it’s still a bit of a financial stretch, especially with the price having been increased to $2199. But these are the new players (the current CDJs and DJMs are getting discontinued soon) . Units are now shipping from lovely retailers such as DJ TechTools

Ultimately it does feel like Pioneer has some obligation to their current customers to improve the features on the XDJ-1000/700 and CDJ-2000/2000NXS to include some of the firmware-side features present on these new models. There are too many different versions of the Rekordbox experience, and unifying them on the media players would be well-received.

There were plenty of other sights we got to see at NAMM 2016 – check our full coverage here or see some unique shots on Instagram. 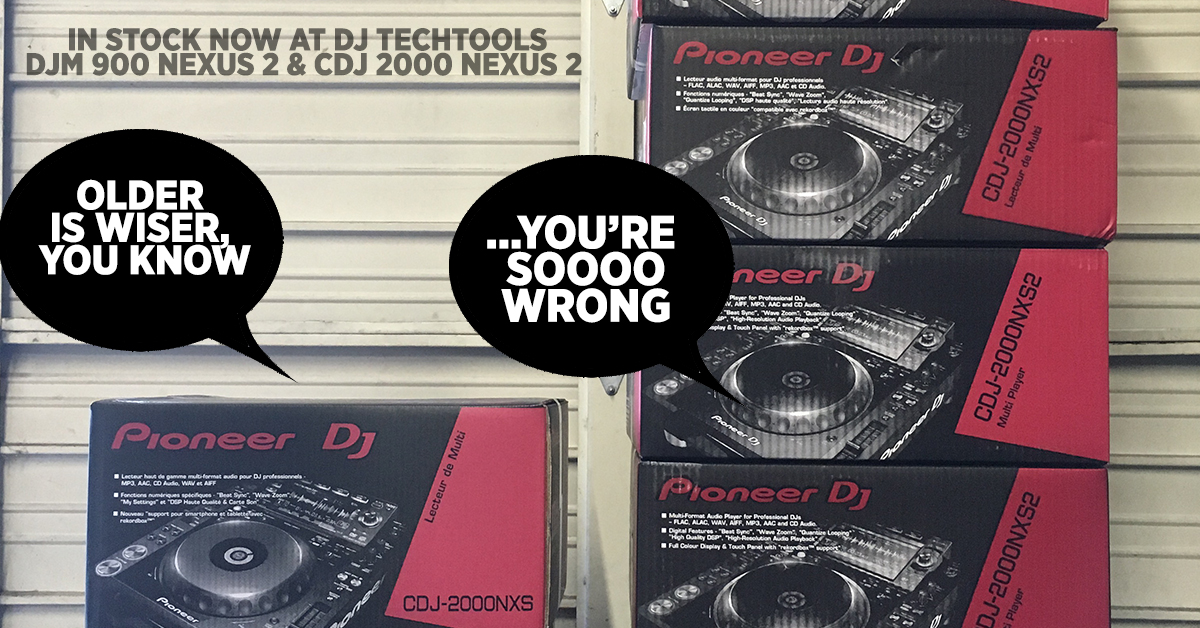 DJM-S11 Review – is this the most advanced scratch mixer ever?