Editorials and OpinionsBusiness of DJing

There was a high-profile article published in The Economist recently about DJing. The central theme: it’s getting easier to DJ, and as a result, the art form might be dying. We’re not convinced that DJing is on its last gasp, so in today’s article, DJTT contributor Steven Maude analyzes and refutes some of the claims made.

Yes, Anyone Can DJ. Standing Out Is Another Question.

The Economist is not where you’d expect commentary on the state of DJing in 2016. But last month they posted an article asking: “Now that anyone can be a DJ, is the art form dead?”

Spoiler: the answer errs on the side of “no” which nicely fits with Betteridge’s humorous law of headlines (in short, if an article ends in a question mark, the answer is no).

When mainstream publications examining DJing, it’s worth noting what they get right and wrong. The article — and it’s a well-written one for a general audience — spots many features of today’s DJing, but more than once manages to reach the wrong conclusions. In this article we take a look at why and how The Economist fails to see the whole picture.

The Economist’s take is that the advent of CDJs — and, by implication, software — has removed much of the technical competency required. Tools like beat and key detection, it’s claimed:

“have made it easy for those with limited talent to sound professional.”

Beatmatching has long been thought of as a foundation of DJing. One theory about why it took so long for laptops and CDJs to replace trusty 1200s is that this view was deeply entrenched among audience and performers alike. If no-one’s beatmatching, what’s the DJ being paid for?

Anyone who’s tried DJing will quickly find that this isn’t the case. Sync and key matching aren’t going to instantly transform you into a festival headliner.

These technologies are good, but not perfect. Here at DJTT we’ve found that key matching software is getting there, while not completely reliable. Likewise, relying on beat sync may well lead you astray when you least expect it. Neither of these “automated” tools are a bulletproof replacement for well-trained ears.

Skills That Technology Can’t (Yet) Accommodate:

Beat and key matching algorithms, as well as other digital features like cue points and waveform views, have removed some of the work from DJing. That’s not to say that DJing is simple. Plenty of technical aspects haven’t been eliminated:

Technology Has Changed The Scope of DJing:

It’s important to recognize that technology has freed DJs from busy work, but also augmented the range of tools available, whether that’s effects, loops, sometimes even visuals too. These additions, if used with discretion, can help elevate what a DJ does.

That said, The Economist article rightly points out that DJing is more than just technology or technical skills. Being able to read the crowd and having a great music selection are critical too. 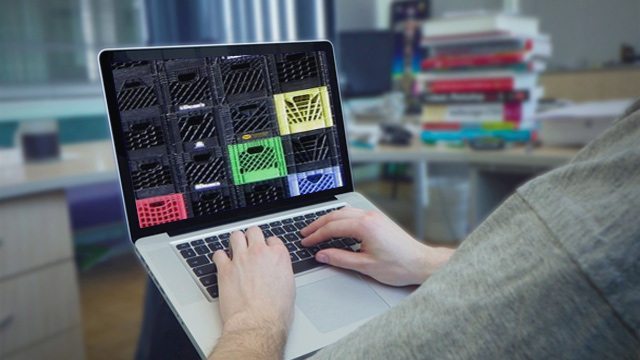 Another big shift is how DJs build their music selections and curate their collection. The Economist post concludes that the days of DJs being able to make unusual finds are over.:

“Today, virtually every dance record is available to download through specialist dance-music sites such as Beatport.”

Digital stores like Beatport and tools like Shazam do make it easier to build up a collection of what you’ve heard. In reality, this is only good for widely released, current dance records – and doesn’t cover the entire picture.

A whole world of older music isn’t available digitally, at least legally. Particularly underground dance music, where the web presence of once-dominating labels is now reduced to a simple Discogs page and users lamenting their passing.

Who has the rights to that music? Where are the producers, the label owners and the master tapes or digital files? If Beatport is to dance music as Steam is to PC gaming, where’s the music equivalent of GOG.com to dig and digitize the lost classics? That music might still be out there, but either preserved as YouTube rips or listed for sale at wallet-worrying prices.

Another big shift is how easy it is to record music and to self-publish. Make a track, and share it with the world in a few seconds once it’s done. There’s a huge amount of unsigned music out there. Because of this, it’s always possible to discover gold on Bandcamp or SoundCloud that almost everyone else has passed by.

Taken together, all this means there’s a massive music catalogue — past and present — out there to sift through. DJs might be digging with clicks and not in crates — but this labour isn’t disappearing soon.

Making A Name For Your DJ Self

The article is quite right in citing production as being one important route for DJs to establishing themselves. I’d struggle to name more than a few well-known DJs who don’t produce. Even of those, they’re usually hosting radio shows or running labels instead.

Any of today’s aspiring DJs may well also have to act as their own social media manager, trying to develop a big enough following that they can prove they can pull in an audience.

This blend of skills — DJ as crowd-pleasing performer and as marketer and promoter — isn’t something you may have needed years ago, when you might have been one of a few DJs in town.

What’s Wrong With DJing Being Accessible?

Making DJing more accessible by removing the initial barriers can only be a positive. More people can be actively involved with the culture and, in return, this can imbue them with a newfound respect for the DJs who they admire, when they discover that becoming a competent DJ is trickier than they thought.

A wider involvement also pushes the bar higher for people to distinguish themselves. Not so great for DJs comfortably resting on their laurels, but fantastic for those of us who want to see where this art can go next.

The Future Of DJing

Finally, the Economist post just stops dead at discussing what’s happening today, not tomorrow. We’re now at a time where drastic changes in DJ technology are happening slowly. There are always interesting new controllers always being designed, but they’re only iterations on what’s already out there. Nothing yet has really seen the entire DJ community collectively selling their existing kit and moving on.

That’s not that surprising. Two turntables and a mixer served many DJs well for a good couple of decades. Are we resigned to only small incremental improvements?

Maybe not. With the growth of powerful technology companies with extensive music interests (Spotify, Soundcloud, Google, Apple, Amazon), innovation might even come from outside the traditional players in the DJ hardware and software market. Could your next best track selection come from an artificial intelligence from one of these companies?

DJs critical of today’s situation may have more to complain about in the future. The rest of us will look forward to how those tools get used.

Do you think the art form of DJing is too accessible? Share your thoughts in the comments below.

Why DJs Should Get On The Dancefloor