Why I Mastered This Album With LANDR – To My Surprise

This past year, I got the creative bug and was inspired to create a full original album after a long break from production. Once the songs were finished and mixing had begun, the question of mastering came up. Would I do it? Would someone else do it? What about new services, like LANDR? After testing all these options and talking to a lot of industry experts, the final results surprised me – and could save you some serious time and money.

The Dark Art of Mastering 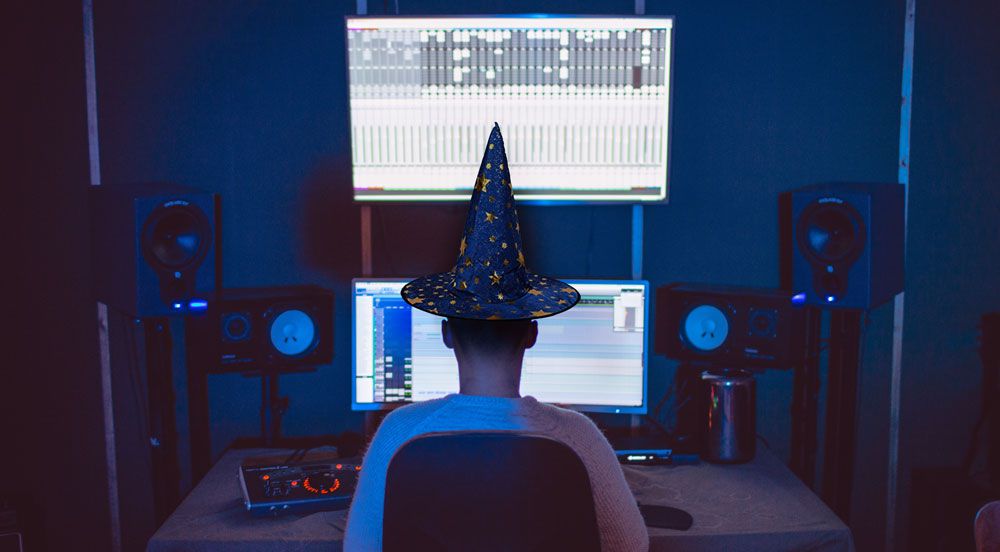 Mastering has been a bit of dark art for most music producers. We send our music off, something magical happens, and it comes back better?

One thing we all know is that music creators are supposed to master our music and it’s best to send that job off to the experts. Well, who – and what – exactly do they do? Luckily, I was headed to LA for Ableton Loop – an annual music maker summit that has a range of impressive master classes with world experts. I went in to the event with a plan: getting the skinny on the dark art known as mastering.

The Experts Weigh In

While at Ableton Loop, I sat down with many experts in the field, including high-end mastering engineers, producers, and label heads. Many people repeated the conventional wisdom:

But three conversations shared a common theme that pointed me in an unexpected direction:

Emily Lazar (Grammy-winning mastering engineer, has worked on 2000+ albums): She shared that the best mastering relationships are a back and forth, where there is a conversation happening that makes the music better. This is an extra set of ears on your musical  “team” and help improve the end product in more ways than their direct job. Most importantly, once in the mastering process, problems start to stand out about the mix, which good mastering engineers identify and can request changes.

This makes a lot of sense to me, but to have Emily Lazar (or any other professional mastering engineer) spend this much time simply costs a lot of money. Significantly more than myself or any other small artist would spend on an album which is unlikely to make much income.

Daddy Kev (Label owner, Alpha Pup; founder, Low End Theory; producer, mixer, and mastering engineer): During a session with Kev, he explained how lately he has tried to get more artists to master things themselves because he felt like people could do it and having their creative input at all stages was important. He then proceeded to break down his mastering chain, and the purpose of each thing in the chain. The big take away for me was that mastering is really not that complicated, with pretty clear EQ, limiting and compression happening.  Theoretically, I could do this myself to achieve good results that are customized to each track

Personally, I don’t trust my own ears after years of DJing and figured getting someone else to do it would make sense so I kept looking.

CRNKN (producer): Gabe has made a lot of great tracks, many of which I play out when DJing. His tracks sound amazing on big systems, so I asked him: what do you use? His answer surprised me and made the most sense of anyone – I’m paraphrasing, but essentially he told me,  “Honestly, I would just use LANDR, that way you can get the results back quickly and make important changes to the mix, which is really what matters”

This felt like great advice and made sense. I would get something else to do the listening and have time to make changes to the mix. This would allow me to produce the back and forth that Emily described. I would also be self-mastering by listing to the results and choosing the outcomes which best fit my music (a la Daddy Kev’s suggestion).

But if I’m using the same tool for every track, wouldn’t I just be putting a general preset on top of each song? How is that different from using a tool like Ozone? While in LA finishing my album, I happened to spend a lot of time with the head of LANDR’s mastering team and his input really sealed the deal.

Daniel Rowland (LANDR Senior Mastering Engineer): Daniel pointed out that LANDR is not just a preset, but an evolving engine that really listens to and responds to each song based on what style it seems to be. Basically, they have a team of engineers that are mastering lots of songs and using those results to teach the engine, “if you see a set of frequencies that look like this, then these are the changes that could be made”. It basically lands halfway between a real engineer and mastering preset.

I had always thought of LANDR as another preset that you slap on (not great), but now it was clearly very different. In their case the algorithm is getting better and better over time and has essentially become a monster mastering engineer that has done thousands of records and remembers what happened on each them. In some ways this is actually superior to the human model, and in others (which we will cover later) certainly falls short.

With this model of rapid mastering, I was taking mixes into the studio that had been mastered with LANDR and writing notes on what I was hearing. At first there would be a lot of changes needed. After listening passes on three sets of speakers and a car ride, many small but important changes were needed. Then I would go home to my bedroom studio, make the changes, and master the song again. After three cycles of this process, the songs were translating well on all speakers and no more changes were needed.

In my case, since I was mixing these songs myself I think I got much more improvement out of fine-tuning my mixes than doing one pass and sending it off to an engineer to magically fix my mistakes. It’s a subtle balance, and that decision might not be right for everyone.

Finally, to really put this model to the test, I even sent a few songs out to professional mastering engineers to make sure there was not a mysterious huge jump in quality my songs would miss out on. Much to my surprise, their masters sounded almost identical to the LANDR versions, and in one case, not as good.

The Pros and Cons of AI Mastering 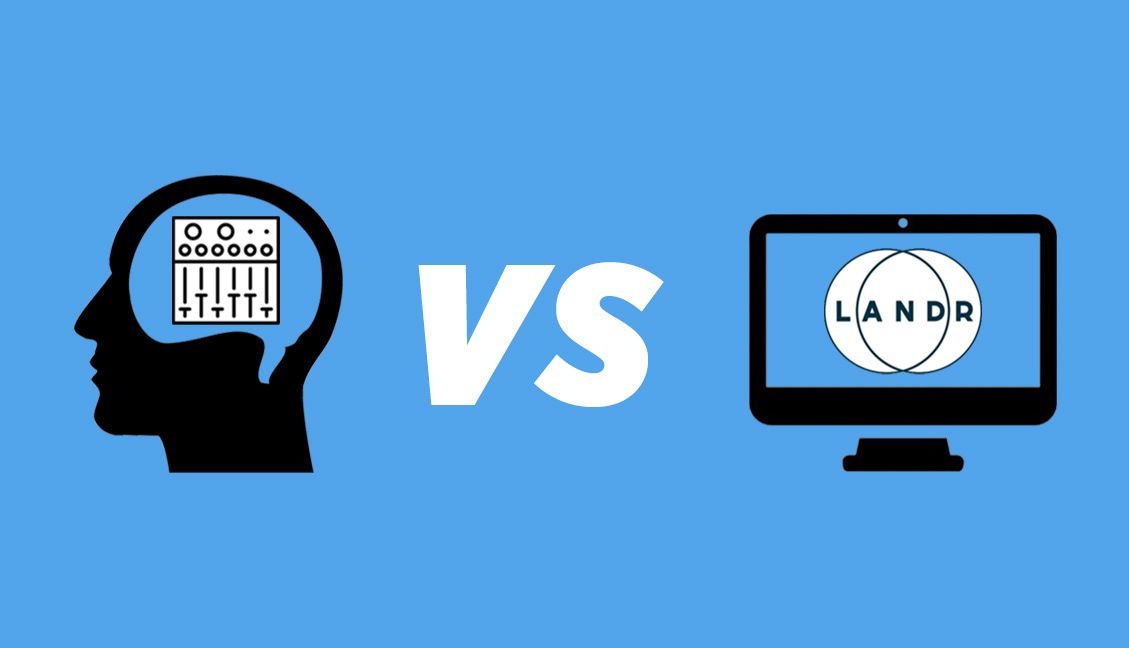 The technique of auto-classifying music seemed to work well in more obvious cases, like my house tracks, which the model has seen many times. Not surprisingly this track, a straight forward club banger came out of the AI oven perfectly:

However, my album was extremely diverse and also included ambient tracks and IDM compositions, which required more subtly. On this track, I would have liked to been much more specific with the engineer about making it punch, but without loudness. The results worked eventually but with more massaging:

LANDR certainly can not tell the context of a song and hear from the artist about their goals for the release. This lack of connection could leave some valuable opportunities on the table without your musical “team” weighing in.

In a few cases, there were some very low-end frequencies (under 40HZ) that ended up distorting with LANDR. I think a real engineer would have caught that and made the changes on their end, while I just needed to roll off the sub tracks that were creating the problem.

At time of writing this, there are only three settings possible inside LANDR (low, medium, and high intensity). There were times when I wanted to be a little more specific and a track could not fit into any of these boxes. Then again, I really liked the predictability – each of these settings were very reliable. I could make changes to a mix, go back on medium, and know that the master would be done exactly the same. Having only three choices made the decision process easier for me.

On the positive end, speed was the biggest game changer. Getting a master back instantly meant that I was able to mix and master all 17 songs on my entire album three times in one month. This speed allowed me to hit a very tight deadline, which would have been impossible and/or very expensive with a traditional mastering house.

My Personal Take Away

In the future, at the very least, I will absolutely be using LANDR in my mixing process by pre-mastering the songs and seeing what needs to be fixed quickly. Then, if there is budget, I might send the final results to a mastering engineer to see if they can beat the algorithm.

For anyone on a budget without the funds to hire other people, it feels much more important to create music and put it out regularly than to get that extra 10% edge which a professional job might provide. At the end of the day it’s the quality of the music and the mix, both of which really make the biggest difference on if your creativity will reach others. I am a big fan of anything which makes the process of creation easier and more transparent.

The Results: My Album!

Here is my new album, fully mastered with LANDR’s new algorithms which have been updated in the last few months. Please share in the comments what you are hearing and how you personally have solved the mastering challenge.

Getting The Most From Working With A Mastering Engineer

Building Your Own Soft Mastering Chain