In case you missed it, your first destination should be the modifier basics tutorial which will get you started in the world of midi modifiers. Simply put, a modifier allows you to use a single midi control for 2 or more purposes. In this example we are going learn how to create a toggle modifier. Previously I showed you how to create a shift modifier which means:

“When I hold down shift then B becomes C”

In Traktor Pro, there is no explicit command that sets a modifier to toggle, you just have to use a simple logic trick instead. 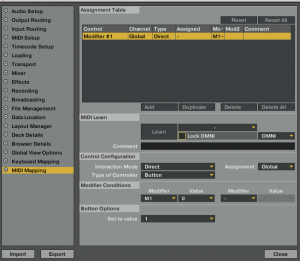 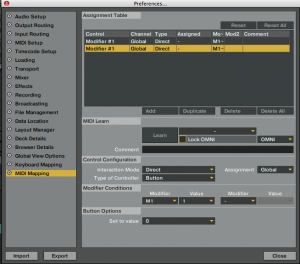 Now assign both of these modifier commands to the same button. This is your toggle shift button.

Finally you need to apply that modifier rule to a performance function.

I will first assign what happens when the modifier is zero, play works normally: 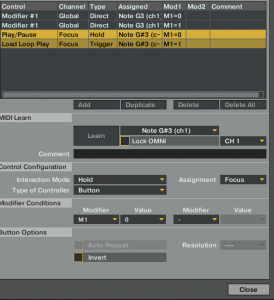 and then I assign what happens to that button if I have engaged shift. Play becomes Load loop play: 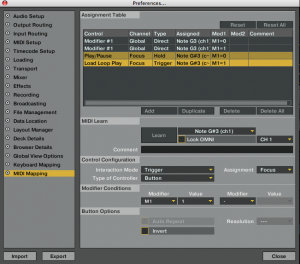