I sat down with a number of well-known DJs last week and talked to them about controllers, DJing and creativity (video to come on Friday). One of those in attendance was DJ Dan, a well-respected house DJ who has been spinning around the world for more than 20 years. While talking about how the VCI-100 Arcade edition has unlocked creative potential for him, Dan said something in particular that stuck with me. “Everyone knows that I can mix; I want to get to the shit that’s fun again.” While I agree–those controllers opened up an exciting new page in DJing–it barely scratches the surface of our collective creative potential. In order to take things to the next level, we need to develop interfaces that truly unlock a DJ’s musical potential. In that direction, we found the “DJ Machine” by Christian Peetz,  a conceptual prototype that proposes a number of interesting ideas.

A modular design concept: You add more controls as needed. 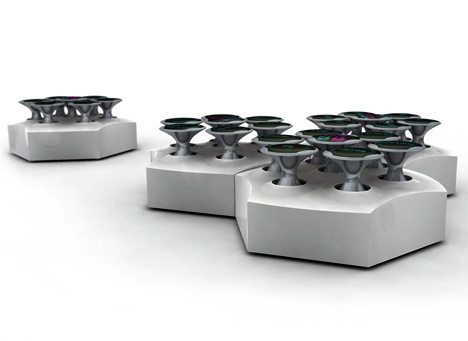 Each joystick is touch-sensitive; the initial touch engages the effect or action and then moving that joystick around modulates the sound. Multi-touch capability expands the creative potential by engaging and manipulating  multiple parameters at once, much like my cue point chord concept. The tops of the joysticks are also displays that provide labels, visual feedback and track info. 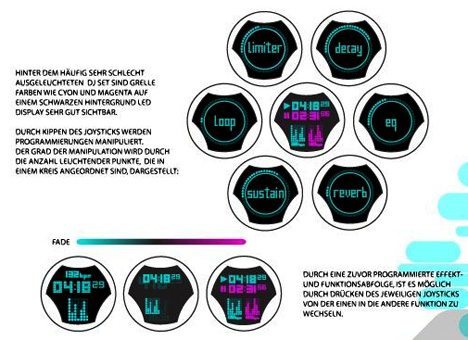 Like many other designs concepts we have featured in the past, this one is likely the final thesis project of a design major with an interest in DJing. Projects like these ask “what could it be?” rather than “what should it be?” Unlike many makers of commercially available products that seek to fill readily apparent needs in the “DJ market,” budding visionary designers tend to create concepts with their wild imaginations. And we love them for that, even if their designs never do see the light of day. What do you think: How would you use such an interface, or how can this concept be incorporated into what we already have?