Finding the perfect soundcard is a never-ending battle for most digital DJs, especially for the DJ on a budget. Echo has been putting together rock-solid devices for years and is definitely not a newcomer to the scene. Echo is well-known for its very reliable drivers that will seldom let you down no matter what system you are running. We previously reviewed the Echo AudioFire2, so now it’s time to take a look at how its bigger brother, the Echo AudioFire4, stacks up.

Read on, and we’ll answer all the questions you should be asking yourself  when you’re searching for a soundcard for DJing.

ARE THE DRIVERS RELIABLE?

Echo has been putting together great drivers for a number of years, and the AudioFire4 is no exception. The device is capable of achieving incredibly low latencies without giving out like many other soundcards that come in the same price range.  All Echo does is create soundcards and has many proven years of experience.

The AudioFire4 has an aliminum case that is both light and very tough. The only let-down is that the face plate is plastic, but that’s not a really big deal because if you did accidently drop the device, chances are you would drop it on the rugged aluminum exterior, which would be virtually impossible to break open or apart without the some industrial-strength tools. The back plate is also cast from metal and has a couple of RCA connectors sticking out. We have always been happy with the build quality of Echo’s products, and the AudioFire4 is no exception to the rule. 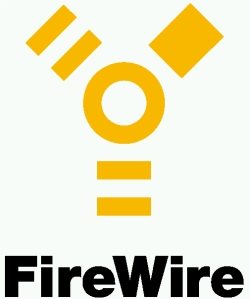 Yes it is! FireWire soundcards help with the audio latency, as FireWire soundcards with good drivers are capable of achieving a lower latency than their USB counterparts. However, FireWire is both a blessing and a curse, as a lot of PC computers and the newest MacBooks (besides the Pro models) do not have FireWire 800 ports and instead come with FireWire 400 or no FireWire at all. You can use an external power adapter, otherwise, the unit can operate bus-powered from a FireWire port built into your laptop.

Those laptops without FireWire and instead have an Expressport or PCMCIA, there are FireWire adapter cards. However, these willnot provide power to the soundcard, so an external power adapter would be necessary. If you need to purcahse a FireWire card, then we recommend this one from RainRecording, though you will find much better prices for the same thing on eBay.

ARE THE DIGITAL-TO-ANALOG CONVERTERS LOUD AND CLEAR?

The A/D converters on the card are the same high-quality as found on the AudioFire2, which we were very pleased with. The outputs come out sounding loud, punchy and clear–you wont have any problems hooking this card up to a big system and rocking the club without any complaints from the sound guru tending to the sound system. Funny looks from the sound guys are the the last thing DJs need distracting them from their performance.

IS THE HEADPHONE PREAMP LOUD?

This is one area where the AudioFire4 is little bit of a let down for those who have hearing damage. The AudioFire4 contains the same headphone preamp as the AudioFire2. If you have been taking care of your ears, then the AudioFire4 output will be plenty loud enough. If however you have been in the game for a number of years without taking care of your ears, then you might find that even with the output cranked all the way up, it will be a bit hard to hear your cue over a large soundsystem. The headphone output was definitely designed for studio use, and it’s plenty loud enough for that. But a club enviroment demands a more powerful headphone output.

ARE THE AUDIO ROUTING CAPABILITIES UP TO PAR?

Native Insturments got it right by putting a switch on the front of the unit, where you can switch between the outputs you are cueing. However, with this product we are not so lucky. In fact there is no way of selecting which output is going to the headphones inside the software or on the unit itself–the headphone output will always be the same as output 1/2. 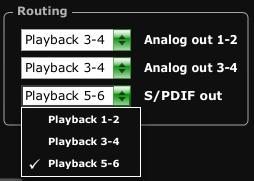 This caught me up while I was playing in Bali.  I was mixing in the box and had plugged outputs 1/2 into the mixer, which means that my headphones were cuing the same output as the master output. With no way to monitor channels 3/4 or 5/6, I was forced to mix into a track on the resident iPod and make some quick cabling changes before getting back into the mix. An ideal DJ soundcard would have a switch on the hardware (or at least in the software) making it easy to monitor different outputs on the device.

CAN I MIX EXTERNALLY WITH THIS CARD?

This is purely personal preference; some like to mix internally, myself for example, while others like to mix externally. If you mix internally, then the cheaper Echo AudioFire2 makes more sense, but if you’re mixing externally, then the Echo AudioFire4 makes more sense. The Echo AudioFire4 has 6 outputs and 6 inputs; its little brother the AudioFire2 lacked the outputs for external mixing. This means that you will be able to mix 3 decks externally provided that the mixer that you are using has an S/PDIF input for the third deck. If not then you will be limited to mixing 2 decks on an external mixer.

HOW MUCH WILL IT COST ME?

Sadly, the Echo AudioFire4 is a bit on the pricey side at $399 US MSRP. A quick Google shopping search shows the AudioFire4 comming in at $250-299 US, which is a bit more pricey than its closest contender with comparable specs, the Presonus Firebox, which comes in at around $200 US. The extra money for the AudioFire4 gives you better drivers, a more stable chipset and arguably better sound quality. The drawback is that the headphone output isn’t as loud as the Firebox, and the Firebox has 6 analog outputs and 2 digital outputs, while the Audiofire4 has 4 analog outputs and 2 digital outputs.

The quality of the AudioFire4’s drivers and the build is top notch. If stability and great sound is a high priority, and you dont mind paying the premium then the AudioFire4 makes for a very good choice. If you are mixing internally, then you may wish to go with the cheaper AudioFire2, which will deliver exactly the same great results with a smaller physical footprint and save yourself some cash. The only improvements that could be made would be a higher powered headphone pre-amp and the ability to pick and choose between which output is being routed to the headphones for cueing. For many users those issues wont be big problems, so the AudioFire 4 will make a very good choice of soundcard for a lot of you out there.

Ean’s Note: One thing this review didn’t mention that you might want to be aware of. This sound card is quite a bit bigger than the pictures suggest. The audio4 dj from NI is much smaller and more portable. The audio fire 4 is actually bigger than the audio 8 from NI. It will fit in the front of your dj bag but if compact size is what you need then the audio fire 2 is the more portable option.