N2IT, the original patent holders for DVS technology like Final Scratch, has settled its complaint against M-Audio and its Torq technology. On November 17, the original civil action was dismissed “with prejudice.” It was widely speculated that N2IT would pick the lowest hanging fruit on the DVS money tree (Traktor Scratch and Torq) before going after the cash cow and industry leader, Serato Scratch. Without any court precedence set in either of its respective lawsuits against Native instruments or more recently M-Audio, N2IT may not have the ammunition it needs to take on Serato and grab the golden goose. Is this good news for the DJ industry or bad news for private patent holders?  You will have to make that judgment call.

There is very little information publicly available on the case, but it’s possible to draw together a picture of what may have happened from the Joint Stipulation of Dismissal (available through public records) which reads:

“It is hereby stipulated by and between Plaintiff N2IT Holding B.V. and Defendant M-Audio LLC (collectively, “the Parties”) through their designated counsel that the above-captioned action be and hereby is dismissed with prejudice pursuant to Fed. R. Civ. P. 41(a)(1)(a)(ii). Each Party shall bear its own costs and attorney’s fees.

Translation- The Plaintiff (N2IT), Voluntarily dismissed the case without a court order by filing a dismissal signed by all parties” (cornell law)

The exact nature of the dismissal could mean one of two things. One, both parties settled out of court — possibly arriving at a licensing deal similar to the one currently in place with Traktor Scratch. Two, with M-Audio set to dig its heels in and fight the case with the legal backing of its parent company Avid, N2IT backed away and dropped the case. Either way, it does not look too good if N2IT hopes to take on Serato — especially considering the claims brought up by M-Audio during their defense of the case. 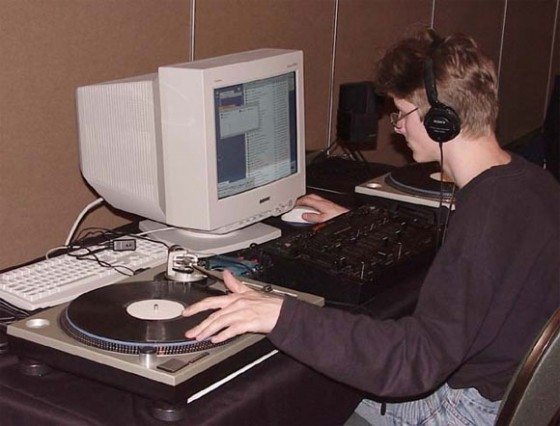 In its defense, M-Audio filed claims with the United States district court of Virigina on September 4th asserting that N2IT’s patent is “unenforceable on the basis that it was procured through inequitable conduct is without merit and should be denied.” The “inequitable conduct” is essentially withholding information from the US patent office that would have possibly resulted in the patent being denied. Specifically that the technology was in the public domain before the patent was filed. First in a 1998 thesis paper that described the DVS concept by Chris Bauer at Middlesex University, and in a public demonstration of the concept, which resulted in a BeOS award (more info on this topic from Create Digital Music).

While we are not exactly patent lawyers, it does seem rather difficult to enforce a patent on an idea that appears to have been floating around in public. The ethics of enforcing such a patent when you don’t have a product in the market to protect is the philosophical crux of the bigger argument that pits free market proponents against IP holders. 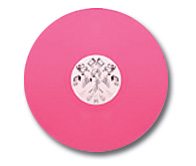 While this may appear to be a clear-cut case of the small (ish) guy VS. the really big guy, there is actually a twist in which a really small company, Ms. Pinky, may end up bearing the brunt of the lawsuit. M-Audio didn’t actually own the technology it was defending. M-Audio simply licensed it from Ms Pinky, which has been producing a low-cost DVS alternative for years. We suspect that if there were settlement that the Ms. Pinky folks might not be too happy.

The sad truth is that no one ever really wins a lawsuit, and all parties usually lose face, cash or often both. In cases that involve publicly available products, the backlash can roll into your wallet as companies must recoup defense costs or roll license fees into their prices. NI’s complicated Traktor Scratch pricing structure is just one example, where any product that involves an N2IT license must be a clearly separated SKU and is usually higher in cost. If N2IT’s patent claims prevail, then the price of DVS systems may have risen and development could slow. Then again, cases like this may dissuade private individuals from investing in research and development if they feel that a patent is only as good as the lawyer defending it.