TO KEY OR NOT TO KEY

Some DJs do it all the time, while others do it only occasionally. Some DJs never do it and have no intention of doing it. We could be talking about hooking up with groupies, but in this case, we’re talking about mixing in key — also known as harmonic mixing. This is not an article on how to mix in key, but rather about key mixing in the real world of the professional DJ. We look at the advantages, disadvantages and downright pitfalls of attempting to mix for an extended period of time harmonically in key. Read on to find out how those keys can affect your performance when playing to a live audience, for example, in some instances they can make you sound awesome but sometimes they can backfire horribly.

WHY MIX IN KEY? 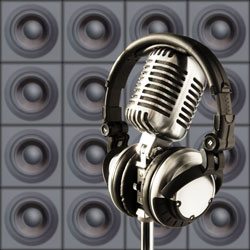 If you want to:

* With win/win sonic result every time

Then you need to mix the records by key. Using this method, you can run the mixes for much longer, while they sound all the sweeter.

When a DJ first starts out on the long road to learning how to mix it is at first a massive achievement just to keep 2 tunes in sync for the duration of a mix. Once that becomes easy, the next hurdle is phrasing the mix so that things happen at the right time, for example the baseline of one record finishes just as the opening hook on the new track starts. After that, quite often a novice DJ falls into the trap of running the mix for too long — turning what started out as a good mix into the key clash from hell that sends even tone deaf customers diving for cover.

HELP! HOW DO I FIND THE KEY?

If you are musically trained you can find the key yourself by playing it on a keyboard. Otherwise, there are services like Camelot Sound, which for a small fee allows you access to thousands of keyed songs in a database that is updated monthly.

Also, programs such as Mixed In Key, Rapid Evolution and BeaTunes 2.1 analyze your music and report the key. But beware: in our tests, software has been proven to be around 60% accurate, which to me means that it gets it wrong 40% of the time.

WHEN IN IT’S BEST TO LOSE THE KEYS

By all means, spend the time it takes to learn how to key mix, but on many occasions, the right mix is not in the same key.

Let’s be honest: We are trying to rock the crowd, give people a great night and leave them wanting more. It’s the DJ’s job to watch the crowd to see what they are responding to and make sure the next tune is perfect for the moment. This is where harmonic mixing may fall flat on its face. What if your perfect next record is not key compatible with the one you are currently playing? If we were sticking religiously to the key mixing concept, the perfect track may not be playable for several songs, and the moment would be lost.

Remember that there is a two-way discussion between DJ and audience. If you don’t believe me, try this experiment:

Before your next set, write down 20 BIG records that you always play in the peak of the night and that you know always work with your regular crowd. Next, make a running order out of those tracks. At the gig, start to play your pre-planned set list in the peak of the night. I can say with confidence that you won’t get to the fifth record on your list before you have to change your plans.

When deciding to mix in key or not, consider the following:
• What’s most important: the mix transition or the playing the right music for the crowd?
• Would I be keymixing tracks just for the sake of doing it? 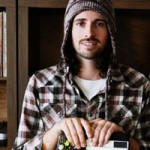 USE IT; DON’T ABUSE IT


After many years of searching for the perfect formula of mixing music that has maximum impact on the crowd, I have discovered… there is NO MAGIC FORMULA. So, I do key my music, but like the EQ on the mixer, the loops in the CDJ or the effects in your software, I use keymixing just like any another tool.

Sometimes certain tracks in your set seem to group together in compatible keys, allowing you to mix in key for extended periods. Also, you may look through your list of keys, and it gives you inspiration to try a mix you might not have done otherwise. If you’re at home, keys come in very handy for experimenting to your heart’s content with creative combinations and remixes. But when you’re playing to a real live crowd, that next record has to be the right one first and foremost. If it key matches, that’s a bonus.

Lots of styles of music are well suited to harmonic mixing, including house, pop and R&B. Trance music, with its lush strings and sustained pads would really benefit well from keymixing, as well. Styles like rock might be less suited mainly due to song structure and live drummers. I also find that if you play a dance classics night where, all the tracks are already big and familiar to the audience, that allows more scope for harmonic mixing.

In a recent BBC Radio One documentary, the man voted by DJ Mag readers as the world’s number one DJ for three years running, Armin Van Buuren, revealed that he only uses key mixing occasionally, when he is lucky enough to find 2 tracks that he is already going to play, which also happen to have the same key.

About the Author: Tony Corless has been a professional dj for 23 years. If you enjoyed his first article for Dj TechTools, show some love in the comments.  Want to contribute your own ideas? Visit this page for more info.

Additional Reading: Ean Golden’s “Are You Mixing in Key?”