Building Your Club Night and DJ Career with Guest DJs

In the first half of this two-part article, Phil Morse explains how booking guest DJs can cement your club night’s reputation and fast-track your DJ career

Let’s begin this crash course with a truth: Starting a club night is the best way of getting established as a DJ. You play week-in, week-out to a crowd who know you and your music. This loyalty builds your first fan base, and the skills you pick up at this stage of your career power your rise up the ranks.

We’re not talking a superclub here. Your night will be in a small venue (say 200 people). You may get 30 or 40 people some weeks, or even less. You will have to promote yourself like mad. You’ll have to find a sympathetic club owner. You’ll have to fight for a weekend slot. You’ll definitely need a partner to do it with. You may have to move to a bigger town to do it at all. You will definitely make loads of mistakes. And you’ll often wonder why the hell you’re doing it.

GUEST DJS ARE YOUR SPRINGBOARD TO SUCCESS 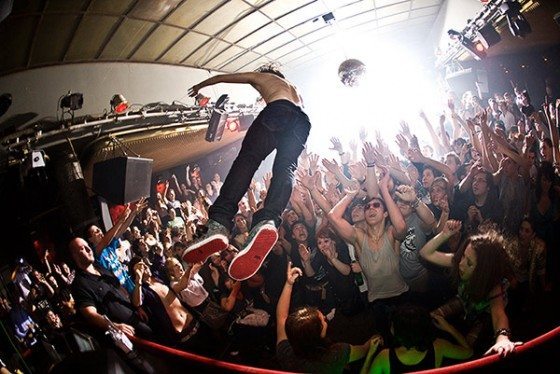 But here’s the thing: If you start a club night and then book good guest DJs, you will advance into the big time in a way and at a pace that’s simply not possible otherwise. Here’s why:

YOU ARE MORE IMPORTANT THAN YOUR GUESTS

Before we move on to how to choose and book your guest DJs, however, there’s a rule you must understand: the only guest DJs you can afford to book every week are the ones you don’t want.

When I started the club night that kicked off my DJing career back in the 90s, we booked everyone we could think of – as long as they would do it for next-to-nothing. We wanted a name on the flyers and posters for every single event. We booked friends, DJs from other clubs in our town and DJs from the next town. But our club was going nowhere, fast. A more experienced promoter said to me:

“Why are you booking these guys? You can do it better yourselves. Your bookings are all over the place! Cut back and take control. You’re good enough…”

It was a ‘eureka’ moment for us. At the end of the day, you’re more important than any of your guest DJs! Your ideas for your night are vital. After all, you’ve got the most invested in its success. That means that it has to be just you playing most weeks; your guest DJs should be the icing on the cake. You should book them occasionally and carefully to reinforce your night, not because you can’t think of any better ideas.

Once you realize this, guest DJs can be your springboard to success. So in part 2, we’ll learn who to book, how to afford them, how to book them, how to promote the event and how to handle the night itself.

Co-founder and resident at Manchester (England) club night ‘Tangled’ through most of the 1990s and early 2000s, Phil Morse is also a music journalist and currently edits the Digital DJ Tips blog. He has DJed across Europe, and currently lives in southern Spain where he plays Balearic beach sundowners on the weekends.

Your Guide to Stepping Up and Playing a Big Room

How to launch a Club Night: Part 1.