The Kitara looks very familiar to anyone who has watched the original YouTube video of inventor Michael Zarimis rocking out on very early prototype of the device that is now being mass-produced. MISA Digital Instruments is boldly asserting that the Kitara is the the next major paradigm shift in guitars, and from what we saw at NAMM, we’re prepared to believe them. What’s interesting to DJs is why the Kitara might be a instrument that fits nicely into a DJ set for those looking to put more of a performance in their shows. 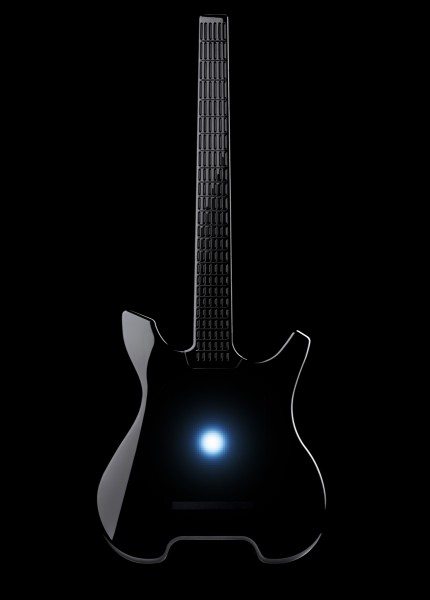 The Kitara is controllerism for guitars – everything that the Guitar Hero controllers should have been. While guitars have always had strings, the Kitara doesn’t – instead covering the fretboard with buttons and trading the area reserved for a sound hole or pickups for a multifunction touchscreen that allows the musician to effect the sound of the instrument in a number of ways in a similar feeling of operation as a Korg Kaoss Pad.
Here’s the official tech specifications list:

If you’ve ever tried to work a electric guitar into a DJ set, you might have found that good results are hard to come by. If the DJ is able to overcome feedback and other technical problems then it becomes challenging to have a guitar tone sit into the mix of modern dance tracks, which tend to be are highly produced and very compressed. We think the Kitara might be a great tool to bring into the clubs for an truly epic performance that sounds nearly as good as it looks. For more information, check the Misa website!

How I Play: Mr Bill + KJ Sawka, The Future Of Live…