Now that the dust has settled from last week’s breakneck NAMM coverage, it’s time to reflect on what we learned and delve a little deeper into the gear. In last Friday’s first NAMM post we put together a master list of new DJ products; however, we have now whittled the list down to showcase the new technology that shows real promise, offers great value, or is very innovative. Continue reading on for my personal take on the best new DJ products from NAMM 2011 and the first annual “NAMMies”,  a tongue in cheek award for new and interesting DJ gear. 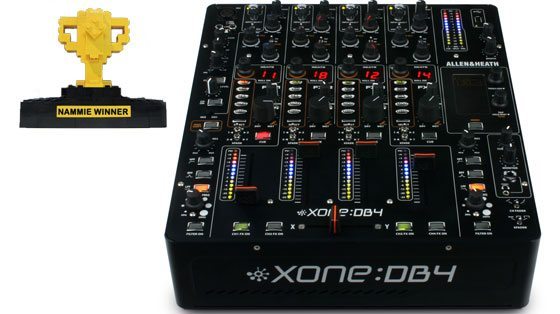 “The Dogs Bullox” seemed like a rather confident product description, but quite frankly- it was not too far off the mark. Andy and the boys at Allen & Heath really outdid themselves with this product, creating what has to be the most feature packed and bad ass mixer we have seen in a while. While the Rane 68 beats them on one really critical feature (Dual USB ports and sound cards) the Xone wins out in the gear envy department.  If you happen to have several thousand dollars to spend on a top of the line mixer this is one of two models you should absolutely consider. We smell a head to head battle between the two titans of digital mixers brewing in our office!

Price: $2899
Release Date: Available now in the US 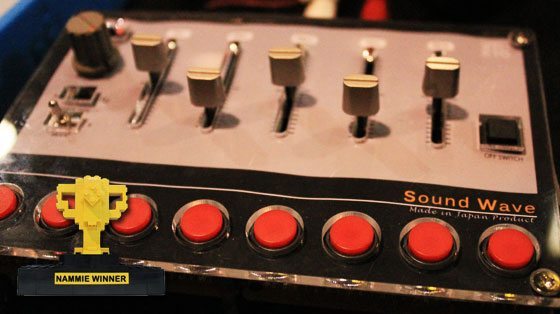 Stokyo is a small outfit from Japan spearheaded by Charles Ono (Vestax) and Yukihiro. They distribute boutique DJ products (like our Midi-Fighter) into Japan and also make a few products of their own (like the wildly popular Shibuya breaks records). This year Yuki brought in a little DJ instrument, built to play basslines and synth leads without a computer. It was super DIY and very much an experimental prototype but still possibly the most fun we had at NAMM.

Our friends at SoundCloud recorded the instrument with their new “Record App“:
Sound Wave at NAMM on Sunday morning by lenberg 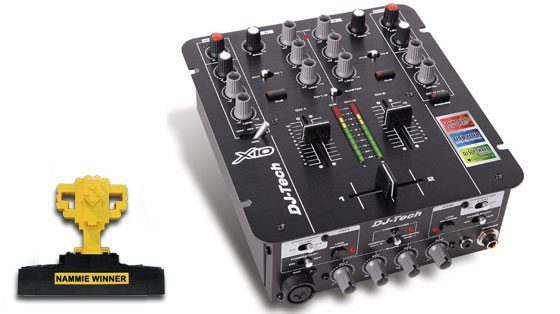 From the DJ Tech (not to be confused with this site) outfit behind the in-famous “DJ Mouse”, there comes a good little mixer that packs a lot of value and features into a small foot print. Alessio Foti, the new techincal director of DJ Tech, stopped me on the floor and told us that DJ Tech is, “very sorry for the bad words that were previously exchanged on this site and they really want to take the company into a new, more serious direction by producing more professional products”. We applaud that decision and wish them the best success. 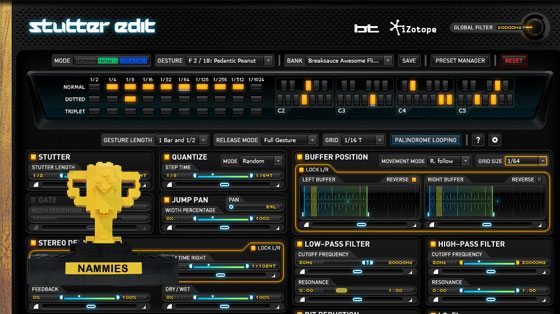 If you can afford to shell out several hundred dollars for a plug in, you can quickly find yourself with an arsenal of perfect stutter edits waiting at your fingertips. iZotope’s first foray into the digital dj land takes a simple beat repeat and morphs it into a sonic pallete of swirls, pitch bends, and sweeps. Similar to the “Finger” from NI, iZotope’s Stutter Edit offers a bevy of one touch pre-sets mapped across a keyboard. The only thing we don’t like about this idea is that it’s hard to remember which key does what. In that regard, the Midi-Fighter (with its color-coded arcade buttons) may be the perfect compliment to this software plugin. Nonetheless, given its instant beat mayhem capacity and easy to play interface, we think that the iZotope Stutter Edit was the best looking new software at NAMM this year.

Read our full coverage on the Stutter Edit software here. 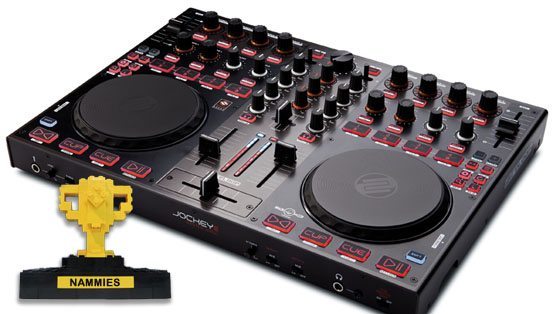 Reloop has really been getting their act together in the controller department and has quietly been putting out better controllers each year. With their newest device (the Jockey 3), Reloop has produced a really solid two deck controller that will give the new VCI-100 MkII some quality competition. The Reloop Jockey 1 and 2 each had certain qualities both aesthetically and functionally that made them less than desirable controllers; however, the newer Jockey 3 not only looks significantly better but also has a smart layout with all the basic functions that you are going to want in a two deck controller.

We spoke with Mixware, Reloop’s brand new US distributor and got the scoop on this new controller interface. The Jockey 3 will be priced at $699 and will ship with Traktor LE at the end of March 2011. One notable feature besides the built in sound card is the fact that each channel is switchable to analog inputs so you can blend in CD, MP3 or turntable sources with your digital audio. We will be posting an extensive review and in-depth look at this unit in the next few months so stay tuned for more info! 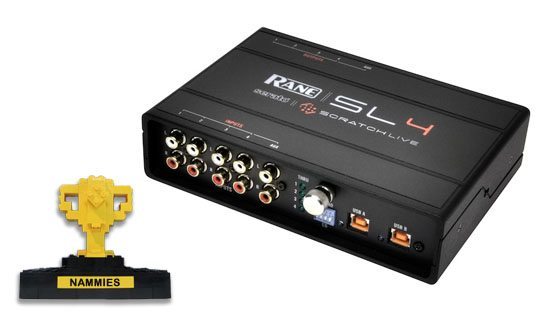 The Rane SL4 takes all the great features of the new Rane 68 mixer and condenses them into a smaller and significantly more portable package. With signal monitoring, four channels of stereo audio, and the support of two computers at once (dual USB jacks) look for this to become the new installation standard for clubs around the world. The $899 price will scare off a lot of new DJs; but for those that absolutely must have the best possible sound card for Serato Scratch Live, this is certainly the best you can buy.

It seems that every year we experience a cool moment where we bump into an artist and an interesting conversation ensues. Last year we had a great conversation with Z-Trip, but this time around it was a chance encounter with Mr. Hawtin. After chopping it up for a bit we heard about the DVS anniversary and said, hey- let’s get this on camera! Coincidentally we also discovered that Richie had just ordered a new, all white Midi-Fighter, just  a few days before.

How I Play: Featuring BT