Musikmesse is Europe’s largest music industry trade show, and to say it’s big is an understatement. Of course, being relatively close to Winter NAMM means that many of this year’s biggest products have already been broken, but there are definitely some exciting new unveilings, and absolutely some surprises! Stopping short of an official awards list this time (the Messies, anyone?!), here are some of our favourite products… 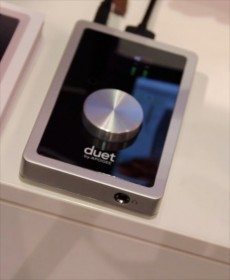 Apogee are well known in pro audio for their quality, but until now they’ve not quite had anything that hits all the features we need for DJing. The Duet 2 changes that though (at least for Mac users, as Apogee doesn’t support Windows platforms). The Duet 2 features a USB2 connection (over the original’s FireWire), a change which means that it’s sure to connect to any Mac, and now also features balanced outputs. The big addition that we’re most concerned with, though, is the addition of a channel 3/4 headphone output. Sound quality for the Duet 2 is reportedly improved even further upon the already excellent fidelity of the original – Apogee say it’s almost as good quality as their flagship Symphony I/O, and the same goes for latency. Whilst Apogee comes at a premium, it really does have sound quality that hasn’t really been seen in the DJ interface market. 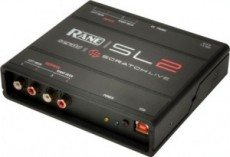 Essentially, the SL2 is the SL1’s feature set with the technological advances and improved audio quality of the SL3. It looks and feels great, and it’s a welcome evolution of the SL1. 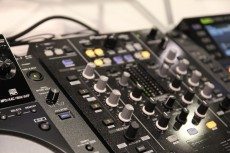 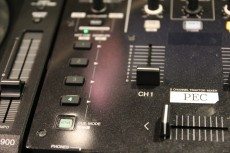 Pioneer’s ultra secret project seems to have caused a bit of a gulf in opinions, and the price has a lot to do with it. At £1250 it seems very expensive, although factoring in things like the magnetic cross fader, 24 bit audio interface, Traktor Duo, and heavy duty build quality mitigates the cost… somewhat. The cut in on the crossfader is very sharp at its sharpest, and whilst it doesn’t have any further adjustability than the three settings Pioneer put on most of their mixers, it’s a lot sharper than the VCA faders seen on the 800/900. When we review it we’ll be able to really dig deep into it, especially the promising looking MIDI LFO. 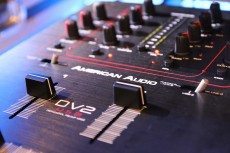 The DV2 USB deserves a mention, being new to the show and potentially a worthy choice to the budget conscious home DJ who is looking for DVS support without spending the earth. The controls are MIDI, and it sports a 4/4 audio interface for use with DVS. 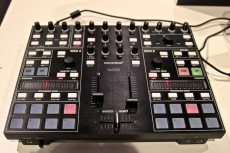 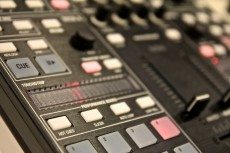 Twitch was causing a real stir over at the Novation stand, and rightly so. It’s very different to more or less everything on the market right now, and that really helps it to stand out. We’re assured the units we were shown were final prototypes, but even so the buttons and knobs felt sturdy and well positioned, and the new slicer mode in its exclusive version of Itch feels like it has massive potential. We can’t wait to see what we – not to mention you guys – can do with it! 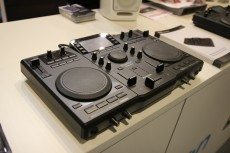 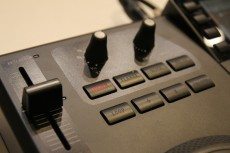 It’s almost an injustice to simply call the SCS.4D a controller, as it houses its own operating system meaning that in addition to being a controller it also works in standalone. At its heart, though, its capabilities lie in what its physical interface is capable of – and overall impressions of the SCS.4DJ were pretty good, with smooth jog wheels and a logically laid out control scheme. Is the onboard software going to be able to keep it in contention with a pure controller linked to a powerful DJ solution? We’ll have to see. 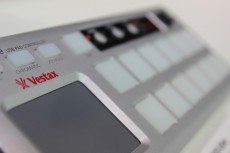 The Pad One went back to the drawing board last year, and has had its capabilities extended a little. The X/Y pad is now a true two dimensional ribbon controller, meaning that it doesn’t require any special trickery to get it to work with standard MIDI, and the pad banks have been increased to four. We still like the look of the Pad One, because it has a substantially sturdier feel to it than many really low cost micro controllers. 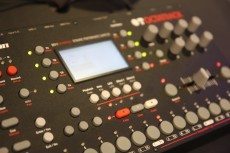 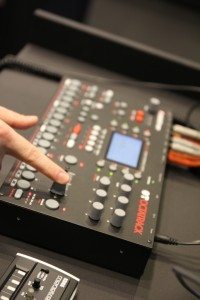 Elektron is a small company based in Sweden, whose new product (it was out at the beginning of the year but has had extremely limited supply) the Octatrack is a an eight track sampler with two stereo inputs. It really blurs the line between DJing and live production, and in our video you’ll see how using techniques you will know from DJ software you can create beats on the fly from sampling as you go. You can also sample and save loops – in some ways, you can think of the Octatrack as much like Traktor’s loop decks, except massively enhanced. It’s very intuitive to use and its outputs sounded fantastic (it’s always difficult to tell in a festival hall, but they did sound nice and thick!). Look out for a review soon.

Serato have done what pretty much everyone wanted with Itch 2, and that’s make it look and behave almost identically to Scratch Live. They’ve also added some oft requested features, such as the four deck support that Numark NS6 and the Allen & Heath Xone DX (and hopefully more in the future!) take advantage of, the SP-6 sample player, and a new sync mode that does away with master/slave tomfoolery and opts for a more straightforward approach, where tempo and timing are separate and changing either doesn’t cause as many head scratching moments as v1. Check our video for a full inside look!

This year’s Musikmesse has had a couple of last minute unveilings that made it, in some respects, a different show to what we thought it would be – did the new releases catch you off guard? One thing’s for sure, it’s going to be an exciting year for DJ technology!