We love this guy! In the video above, he absolutely slays a street corner performance with amazing passion, true wisdom, and a creative use of technology- what more could you want?! We asked Dub FX about some of the important details and analyzed the video for a blow-by-blow analysis of exactly how it is done!  As if that was not enough, DJTT has secured an exclusive video screencapture showing the Traktor screen throughout his entire performance so you can watch how everything is put together – without the fancy video editing. 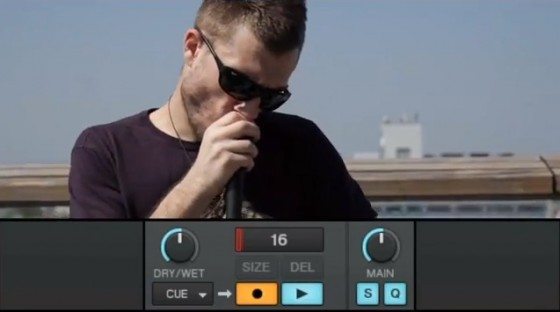 ” The GT10b is an amazing toy which is where most of the magic is created. The FX are almost infinite ranging from EQ, Compression, Delay, Reverb to crazy stuff like Pitch Shifter and Vibrato. By programing the GT10, I can manipulate the sound of my voice by using different FX and changing the order in which they run, to further the manipulation. Once I have a sound that I like, I can also use the two control pedals and volume pedal to automate the FX. For example, when I swap between my two characters (Monsoon-the deep rapping voice and Lyric -the higher rapping voice) I am just using the volume pedal to change the pitch of my voice with the pitch shifter.”

“I started out with the GT06 nearly 10 years ago and over time I have perfected the sounds I use today in the GT10b. Now I have over 30 different patches I have programmed and use in my live show.”

KICK IN THE DRUMS

BIG UP THE BASS 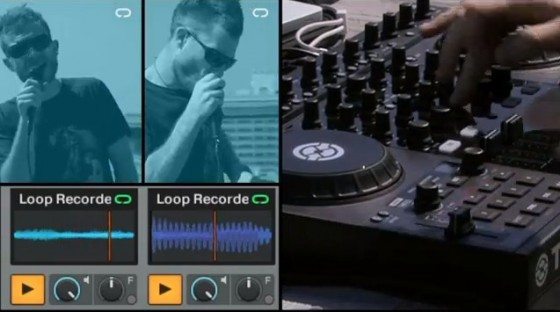 “I also have a BOSS SYB5 Bass synthesizer pedal which runs into the GT10 as a send return. This is a great pedal as it takes the pitch of my voice and creates a synth sound in the same pitch that I’m singing. I also have an EV5 volume pedal which controls the cut off frequency of the SYB5. Once I have chosen the type of synth I want to use I can run it through the GT10b’s Amp modeller, distortion and so on to create a huge bass sound!”

“The last bit of the magic is the BOSS RC50 Loop station. This is an awesome piece of gear as it samples whatever I play through it in real time just by hitting the record button with my feet. There is a little bit of skill involved because if you don’t press record at exactly the right time the loop can go out of sync when you try to loop it. I can record three different samples and play them together or separately and I can add to each pattern as well. So usually I put a beat on 1, some harmonies on 2 and a bass on 3. This allows me to separate the 3 core elements in my composition to change the dynamics and the way the music flows. “ 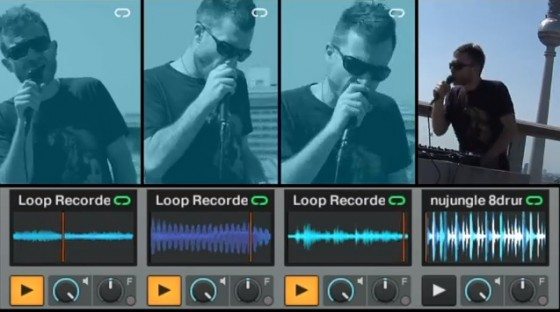 To take a closer look at the performance, watch this video and see if you can follow the steps above in real time!