There are some products that just change everything. Digital DJing’s only just peeking out of its first decade, but its been a decade where technology has advanced at a rate that was inconceivable in the days where vinyl reigned supreme; there’s a veritable ocean of digital DJ products out there, but only a few real game changers.

They may have made everyone say “oh… why didn’t we do it like that from the beginning?”, they may have introduced one important concept or been the enabler for a legion of DJs, but in some way or another things were different after they came out. Here are our top five (update: now six!): 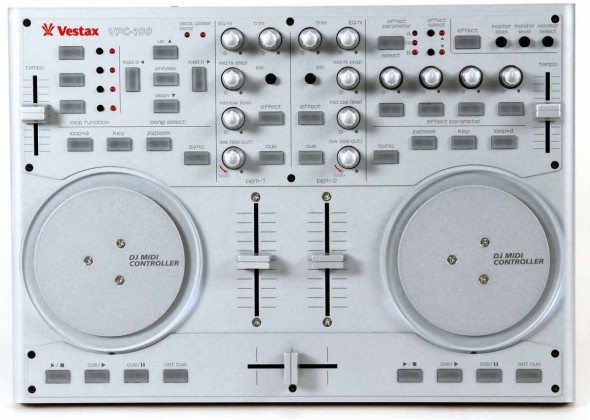 What can I say about the VCI-100 that’s not already been said? Vestax weren’t the first people to shrink a traditional two deck and two channel mixer into a single controller by any means, but they were the first to do it right. Solid construction, pro level controls and great ergonomics all came together to make the VCI-100 the controller blueprint for so many imitators to come in and copy. Add to that the DJ Tech Tools arcade mods and mappings, and it was the controller at the centre of a controllerism revolution. 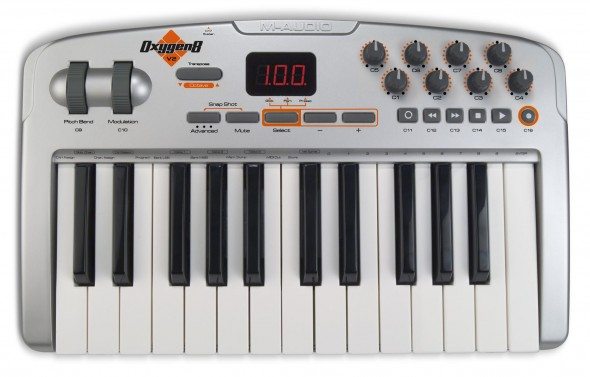 Back in the early 2000s, there was no such thing as a digital DJ controller; eager computer DJs had to repurpose gear designed with the burgeoning computer production market in mind. M-Audio (originally MIDIMan)’s Oxygen 8 was the first compact keyboard to feature knobs as well as keys, and its budget price and backpack sized form made it into the first choice for many an inventive DJ. 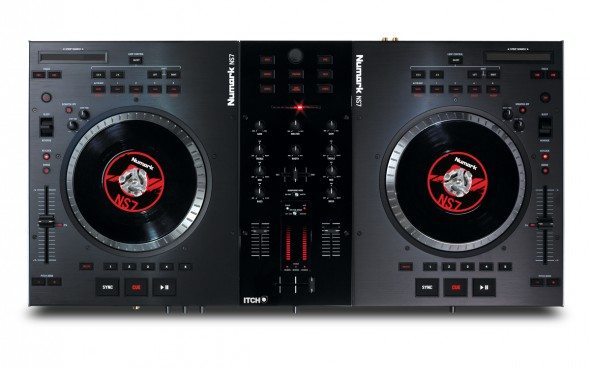 The NS7 is Numark’s love letter to turntablism, an all in one controller with serious, spinning turntables. It marked the start of Numark’s new design philosophy, and it really meant business when it came to build quality. The NS7 has turned out to be one of those things that people thought they wanted more than they actually did, but nonetheless the things it brought to the market – high resolution platters, the innovative ‘strip search’ function, its impressive size and build – helped to define the direction that the DJ controller market has gone in since.

The Korg Nano series took the established norms for price and blew them to smithereens. Price aside, Korg’s real coup was the introduction of the modular approach to controls. Want pads? There’s the NanoPad. Knobs and Sliders? The NanoKontrol. Akai jumped into the fray not long after with a trio of copycat products that were admittedly much better built, and others such as Novation’s Dicer probably found some inspiration from the light ‘feature set, light price’ philosophy, but had it not been for Korg’s originals the many thousands of you that were able to get into digital DJing because of the pocket money priced mini units might still be saving. 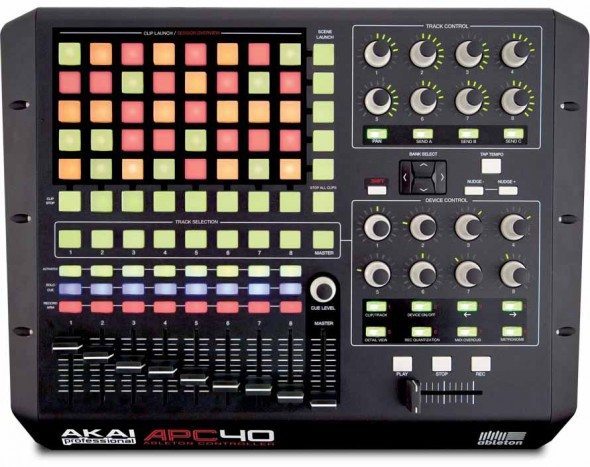 Okay, so the genesis of the large button matrix concept may be traceable back further than the APC-40, and we did think about including the Monome on this list. The APC-40 confirms its place however by its seamless integration with Ableton Live, with everything from multi colour lighting to the LED rings around the rotary encoders ensuring for the first time that DJing with Live felt like more than a makeshift solution. The APC-40’s ideas have been mimicked by a few smaller gear companies in the same way that the APC-40 borrows from the Monome, but Akai will always have the honour of being the first to step up to the plate with an all in one Live solution. 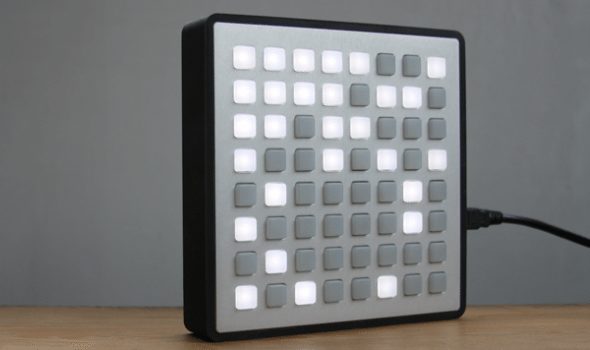 As it started to get brought up in the comments, we thought it’d be unfair not to give the Monome, the independently conceived and manufactured trailblazer a little shine of its own. Without the Monome’s grid based innovation you have to question whether we’d have the APC, LaunchPad, Livid Ohm64, and so on at all. In fact without the independent business model the Monome creators sustain, many more independent controller outfits might not have had the confidence to make a go of things. 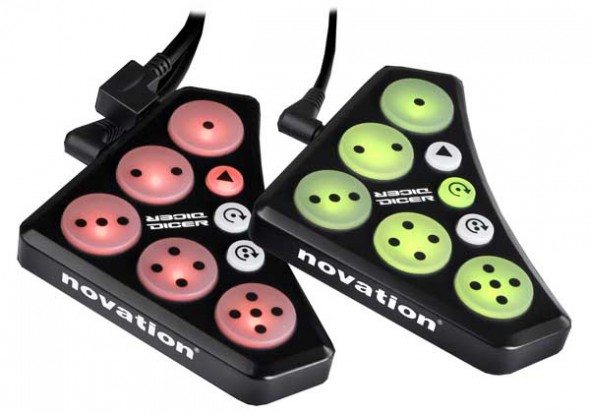 A late entry, this one. I’d originally ‘umm’ed and ‘aah’ed over the Dicer before leaving it off the list because I had it down as a mini controller – of which it wasn’t the first – but then Ean quite rightly pointed out a significant game changing factor: they were the first controller to show turntablists for whom the convenience of a DVS system was as far as they figured they wanted to go that there was a whole world of controllerism out there and all you have to do is add some buttons.

Whilst the controllers above landed with a bang and changed the landscape of the digital DJ world forever, a much larger pile of shoulda-woulda-coulda controllers fell and continue to fall by the wayside. These three are oh-so close but for whatever reason never quite became a must have: 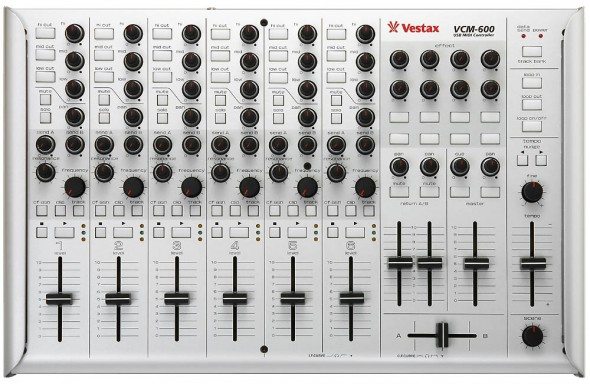 Vestax are great at turning zany concepts and innovative ideas into reality; we’ve seen them do it time after time with everything from turntable guitars to t-shaped mixers. The VCI-100 is without doubt Vestax’s most popular MIDI controller, but the VCM-600 deserves a mention for its great build and rational control layout. Unfortunately it went largely unnoticed upon release, and when the APC-40 hit the market a little while later it began to look a little old fashioned. 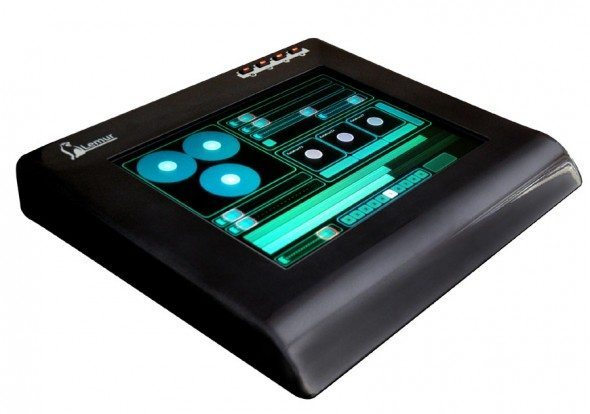 Just too far ahead of their time, Jazzmutant were doing capacitive multi touch controllers years before the iPad revolution. Unfortunately that meant that the prices for the technology were astronomical, and thus only an affluent minority ever got their hands on a Lemur. The iPad and other tablets signalled the death knell for the Lemur; the reason we’ve not included an iPad/tablet is because it’s not specifically a DJ tool, more a multi purpose device that can be used for DJing. It’s a tough call, though. 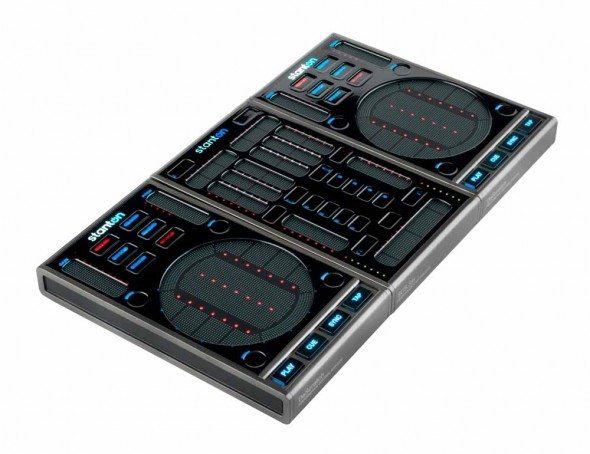 Stanton really threw out a curveball with the SCS 3 system. The touch controllers were innovative and fun to use, but slightly awkward middleware and a general lack of interest has seen them fall a little by the wayside. There’s echos of the SCS 3 in Novation’s Twitch and on their release there was definitely an air of excitement at the possibilities, but ultimately I couldn’t include them as real milestones because the buzz seems to have pretty much totally fizzled out.

Well, that’s our roundup. What controllers do you think we’ve missed off the list? Let us know in the comments!