Everyone’s ready to show DJ Mag how irrelevant their Top 100 DJs list has become, and Resident Advisor’s list doesn’t disappoint. The overlap with DJ Mag’s top 100 is extremely minimal, and the list is a veritable who’s who of non-mainstream electronic DJs and producers. Link and a bit more discussion inside!

We’re really happy to see Resident Advisor take on this challenge. As we learned in our own Top 100 article published a few weeks ago, it’s not easy to shout a list of the most popular or best DJs from the rooftops without a bit of backlash.

We’ve listed their top 10 here with links to their RA profiles, but we encourage you to go to the full Resident Advisor Top 100 Results!

This poll is pretty awesome for a number of reasons, not the least of which is the style in which they chose to conduct it. Instead of voting via an artist page or relying on the artists to activate their fans to vote for them, Resident Advisor allowed only their members to vote using a simple blank forum into which they could type any artist who they though deserved a vote for the top 100. Keeping it simple like this prevented massive influxes of votes as a result of pure popularity, instead relying on an informed audience to take a moment to consider their options. 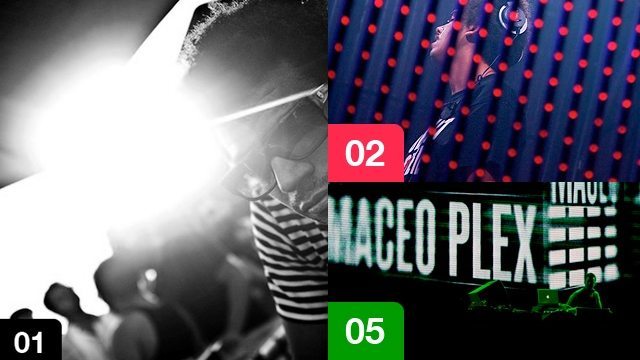 DJs Who We’ve Never Heard Of

Much like going to your local college radio station and asking their staff who the best new indie rock bands are, keeping the electorate to purely pre-existing members of Resident Advisor ensured that the voters were invested in the results and the DJ scene in general.

We couldn’t be happier seeing names on this list who we’ve never heard of, or who we’ve only heard in passing- new DJ talent is appearing faster than ever, and we want to know who these people are and why they’re brushing shoulders with the likes of Richie Hawtin, John Digweed, and Sasha.

Full disclosure – I walked around the DJ TechTools office just now and asked all seven of us here if they’ve heard of the #1 DJ, Jamie Jones. Despite playing a set every other day this year and having some awesome tracks, this was the first we’d heard of him.

DJ Duos Who Kill It

Let’s be honest – we’ve all seen videos of Swedish House Mafia DJing. They’re focused on amping up the crowd, and with most of their production having been done prior to the events, there’s not a lot going on in an average set.

Doesn’t seem to be quite the same case with the DJ Duos on the Resident Advisor Top 100 – especially in the cases of #6 – Art Department, #14 – Soul Clap, and #15 – Tale of Us. Check out their RA pages to see and hear how hard they throw down.

We’re not happy to note the absolute absence of women in both the official DJ Mag Top 100 and our DJTT Top 100, and Hanna Hanra’s October article in the Guardian was a pretty scathing review of the boy’s club that the DJ Mag list has become. Refreshingly, the Resident Advisor poll has 7 women DJs, including Maya Jane Coles coming in at position #9 and Magda at position #23! Awesome.

What do you think, how good is the Resident Advisor Top 100 list? Any major wins or fails? Isn’t it nice to have a list that’s not about popularity?

Women DJs That Every DJ Should Know