Ableton Live is a remarkably powerful DJ tool, but people usually associate it with complicated layers of effects and loops. Those DJs that are more familiar (and possibly more comfortable) with a two decks and a mixer paradigm need not be afraid. Today’s article covers a very creative way to set up Ableton Live in a two deck fashion with two effects processors (in this case, Korg Kaoss pads) as your “decks” with a standard DJ mixer in between them.

Two FX Tables and a Microphone 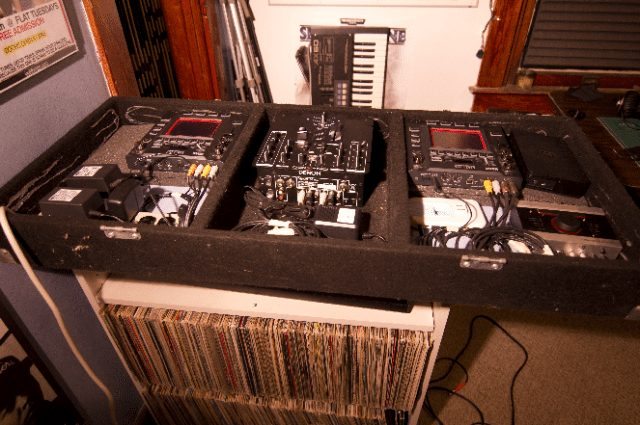 As you can see above, I have a two channel sound card from Native Instruments. Each channel is routed into a Kaoss pad and then back out into individual channels on the mixer. All fading, pre-cuing, and EQ happens in the analogue domain which gives this setup a familiar and decidedly analogue feel.

The focus here is on the hardware, each “deck”, and how they mix together. The laptop is no longer the focus.

The benefits of such a setup are two-fold:

The internal effects in Ableton Live are incredibly versatile and expandable, and a crucial part of most production work. But when it comes to live performance, I’ve decided against using MIDI to control my effects and  instead I’ve chosen Korg’s Kaoss Pads ($399) as my go-to tool for manipulating live audio signals. Check out my full demo routine using two Kaoss Pads here! 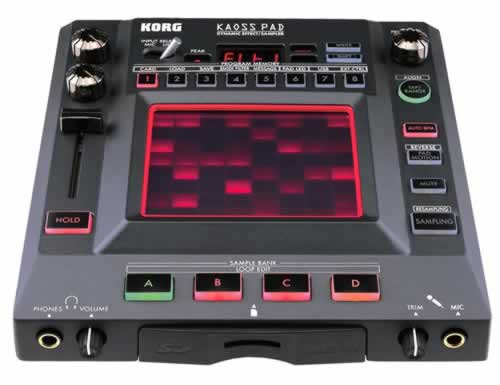 There are tons of options when it comes to external effects processors. Whether or not one is better than the other is completely subjective to the style of the DJ. For me, the most impressive parts of the Kaoss Pad are its interface, the large library of effects, and its lucrative sampling capabilities. Another very popular model for DJ processing on the fly is the Pioneer EFX-1000 ($899) 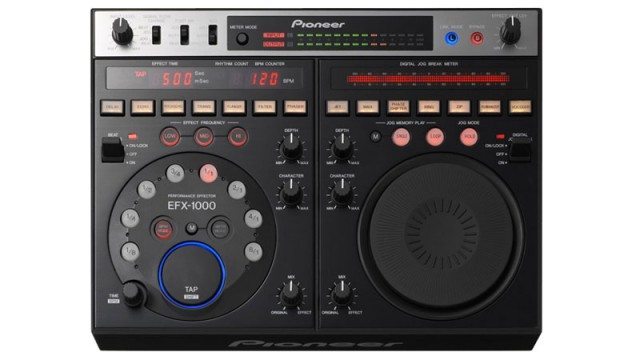 WHY GO WITH EXTERNAL FX? 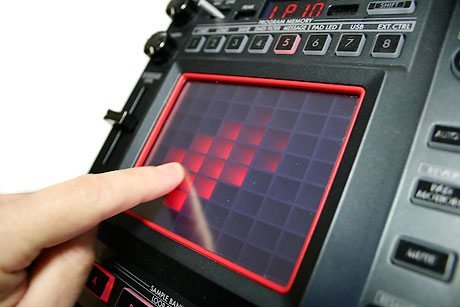 With a program as robust as Ableton Live, why would anyone want to use an external hardware processor? Well there are several reasons:

Little to no Latency

Software Effects can get Corrupted 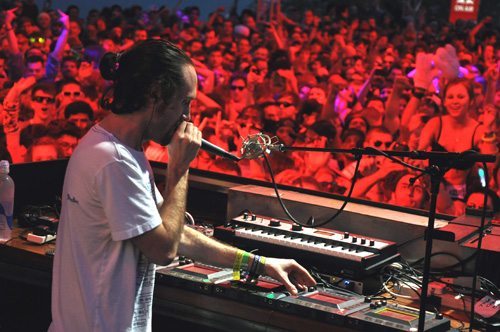 Using two external effects processors along with a analogue mixer not only simplifies Ableton’s potential for complexity but it provides a familiar look and layout for both the audience and performers. For those looking for a unique sound, many of these hardware processors contain great presets that are rarely heard. Globetrotting beat-boxer, Beardyman (above), relies on his voice and a bevy of analogue synths and effects to craft a totally original sound. Sometimes, going analogue might be one way to make a digital setup work.