What happens when the largest internet music store for DJs decides to make an iOS app? This morning, Beatport announced a new iOS application for mashup enthusiasts, Mashbox. We take a closer look at how good the application is for performing and playing around, and Ean has his own editorial perspective to share on what this means for the future of stems and mashups. 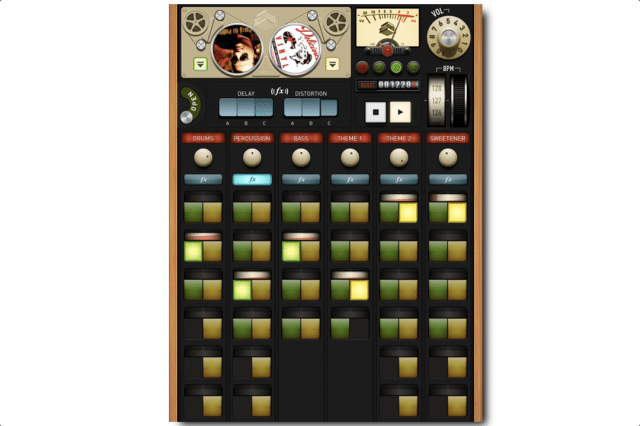 Mashbox is a surprisingly simple workflow, allowing the user to load and mash up loop packs of various popular tracks. The loop packs are divided into six different channels, “Drums”, “Percussion”, “Bass”, “Theme 1”, “Theme 2”, and “Sweetener”. Each channel can have a maximum single loop playing on it at a time, and is controlled with an awkward volume knob at the top of each one.  All of the loop triggering is quantized and completely synced, so (for better or for worse  your mashups will always sound clean and on-tempo.

In addition, there is a single FX unit that can be applied to one or many of the channels concurrently – we found that the delay was nice, but the distortion often overpowered a number of the samples and needed a significant volume decrease.

The interface essentially comes off as an extremely stripped-down Ableton Live styled in a cute-but-frustrating analog design. You can’t do anywhere near as much as in a real DJ program or DAW, but it does do what it claims to – building mashups on the fly – very well. 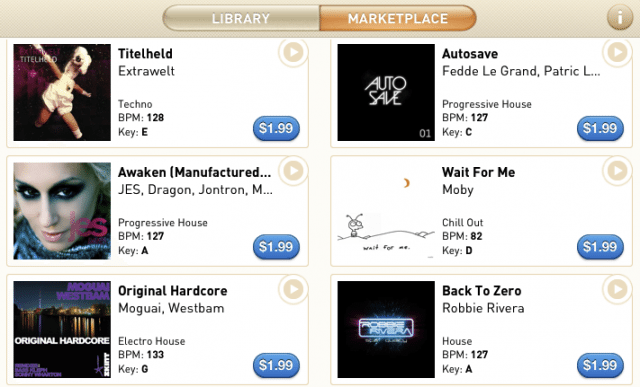 The application is free until December 31st, and then .99¢ after that – but it’s clear that Beatport isn’t expecting to make money off of app sales, but rather of loop pack sales. The application comes with just three tracks to mess around with- “Funky Cold Medina”, “C’Mon”, and “Party of Politics”. Each new pack (there are 12 to purchase at the moment) in the built-in marketplace costs $1.99.

Even though the UI and general usability of Mashbox leaves a lot to be desired, Beatport’s new app is a very interesting development for the industry. Right now it’s arguably a novelty, but there is clear long-term potential for something bigger.

This is the first time a content provider of this size has attempted to produce a content interaction app in the DJ space. There are many examples of apps that allow you to remix songs or albums, notably Major Lazer and Richie Hawtin’s Plastikman app. However, no one has attempted to bring songs from various sources together in a seamless manner.

If anyone has the artist connections and library to make a stem based mashup tool actually relevant, it’s Beatport. If they can manage to gain traction, build a decent interaction experience, and build a large library of relevant song material, then it will be a very powerful platform. Beatport faces some significant obstacles to success:

Ean’s bottom line: The app has some room for growth but the new format is what we have all been waiting for. The major question we’re wondering- when can everyone else get this content and use it with a great controller?

Let us know what you think about Mashbox in the comments below. Download your own free copy here.