Off-the-shelf DJ controllers have come a long way in the past few years, but they’re still lacking that certain something. The whole digital DJing movement was founded on a DIY approach way before manufacturers started seeing dollar signs in the eyes of a burgeoning market, and there’s nothing quite like that personal touch. Not everyone’s a ‘ground up’ kinda guy though, so what’s the middle ground?

With a combination of a humble product designer’s best ideas and your own interpretations, you can turn an off the shelf controller into something that represents you, modifying the shape, controls,  swapping out parts and creating your very own Frankenstein controller (okay, Frankenstein’s Monster controller, before any pedants chew my ear off!). Some controllers are better suited to the task, though, so let’s take a look at a few of the prime candidates:

The SL 25 is a very clever little controller. It’s got a heap of useful connections, it integrates well with software (whether you choose the ‘Automap’ software that Novation developed to tighten up the software/hardware connection or not), and there’s just enough room in there to house some additional components.

Moldover saw the potential in the Remote SL – the mark I version, however – and you can see he did some really cool stuff with it, a Kaoss pad, a Kurzweil ribbon strip and a little bit of creativity. By using the Remote SL chassis to house the Kaoss Pad and ribbon strips’ internals and using internal power/MIDI connections, the Moldover SL 25 is a real Frankenstein controller.

The Korg Nanokontrol may have started the micro, modular control revolution, but perhaps even more interesting is the price point. Fair enough, the actual build quality of the unit is a little dodgy, but housed inside that creaky plastic case is a PCB that features a bundle of connections that, with a little patience and a soldering iron, can act as the brain for your Frankenstein controller at less than half the price of a standalone DIY MIDI board.

My favourite mod so far is this one by Fake Money, who went full throttle and powered through an entire remodelling, just using the PCB as a base. You can make slightly less adventurous mods too – the Nanokontrol is small enough to be used as an appendage for a bigger Frankenstein mod.

The coolest thing about the Oxygen 25 is that it’s really well built for something so cheap. It’s not a tank by any means, but it’s got a decent sized keyboard and internally there are separate, ribbon connected boards for the keys, wheels, and knobs. It’s a shame there are only eight knobs, but that section in the middle is a nice space for something interesting to go…

The Midi Fighter is a great project for a bit of Frankenstein action on account of the spare pins on the side. You can connect up a variety of controls; you can even use a spare controller’s parts to do it! Here’s a pie in the sky idea: squeeze a Midi Fighter inside a mixer and hook up the EQs to the extra ports.

The Akai MPK49 is a great controller on its own, although it’s not necessarily perfect for digital DJs. It’s really solidly built, and Akai has a special patented dual brush design on their pots that allows for high resolution signals to be sent out by default – this is something that nobody else has. One of the first things you might want to do is modify the pads, which aren’t great, and the sensor board for them is fairly simple to attach (for instance) arcade buttons to. I haven’t seen an amazing mod for the MPK49 yet, but I’m pretty confident that the combination of the build quality, fairily roomy case (especially if you remove some of those keys!), and modify-able controls would make it an ideal candidate. 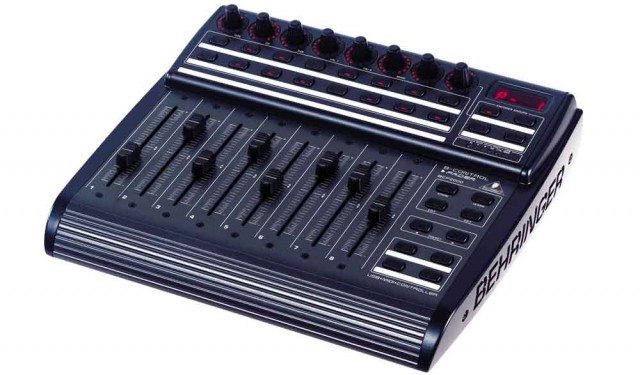 You might not want the whole controller, or at least, not in its original form. Through the wonders of economies of scale, R&D costs getting written off, and sometimes just a product not doing so well, it’s sometimes cheaper to buy a controller than it is to purchase its components at retail. Here are a few tips; let us know if you have any more and we’ll add to the list!

Depending on the level you want to go in at – and there’s always something you can do, even it it’s just gaffer taping everything together and grinning maniacally – you’ll need a variety of tools to go Frankenstein on your gear. Moldover’s approach on the SL25 was to keep things as simple as possible, and the real work he did was on ergonomics and structural modification. All you really need here is:

Fake Money took things to the next level. If you want to go down the electronic modifying route you’re going to need the following:

We’ve done some DIY guides before, check out here and here for more information!

The possibilities when it comes to Frankenstein controllers are endless. Everything from taking the fader caps and knobs off one controller and swapping them for another to completely rewiring something to look and feel completely different counts, and the point is that you can do just about anything you want if you work it out.

We’ve tried to plant a couple of little seeds of inspiration in this article, but what we really want is to see what crazy mashups you can think of. Let us know the perfect parts of your favourite controllers you’d love to go Frankenstein on in the comments!