The VCI-100 might be dead, but we’ve got good news for all our faithful VCI-100 users. After some persistent requests from our passionate forum community, we decided to produce one final overlay to accommodate the official DJ Techtools VCI-100SE v4 mapping, designed for Traktor Pro 2. 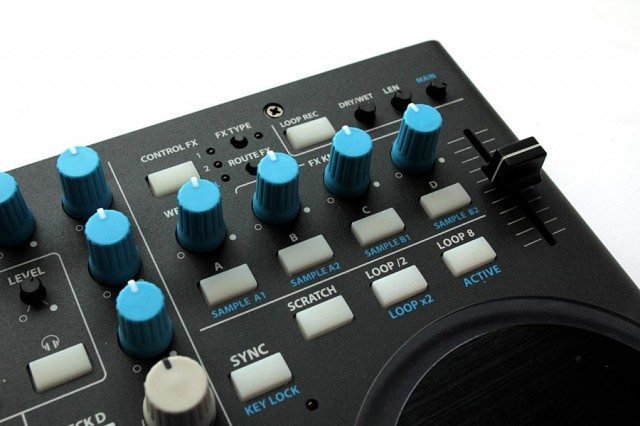 For a little historical background, it’s been five years since Vestax’s VCI-100 was released and nearly four years since the DJ Techtools modded VCI-100 SE/Arcade controllers came to life. We even officially announced the controller’s death last year in this article. However, these tanks continue to be used and loved by a large array of  both new and longtime DJs, many of whom are still active in the VCI-100 section of our forum.

As a result of these users’ passion for the VCI-100, DJ Techtools received a lot of requests to create a new mapping for Traktor Pro 2 when the new software was announced in early 2011 and shortly after we released a new V4 mapping that allowed use of the new TPro2 features such as the Loop Recorder and Sample Decks, leveraging them in an interesting fashion. Along the way, some other mapping features were also revamped, including a slight change to the FX routing in Fader FX mode that allow some of our popular Midi Fighter Classic mappings to integrate more smoothly with the VCI-100 (a common request).

All in all, the V4 mapping was well received and we were happy to give our dedicated community another reason to keep jamming out on the VCI-100 before relegating it to storage. However, providing a new mapping alone simply wasn’t enough, and soon after a forum driven outcry for a new overlay began. Well, without further ado, the new overlay is now here! 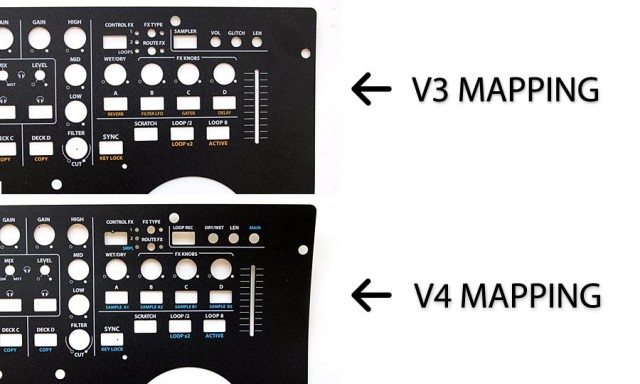 The new VCI-100SE V4 Overlay went back to its roots and sports the DJ Techtools’ standard blue text instead of the gold text common to all older V3 overlays.

There are Standard and Arcade versions of the overlay available in our webstore now here for just $29.99. Check them out and get ’em while they last!

Lastly, I want to personally thank all of the dedicated VCI-100 users in our forum who have enjoyed the V4 mapping and made this overlay a reality. Without your perseverance and undying support for this beast of a controller, this would have never happened. You guys rock!

The VCI-100 may be dead, but the new model is alive and kickin’… and we customized it, too. Get a VCI-400 Special Edition in the DJTT webstore!