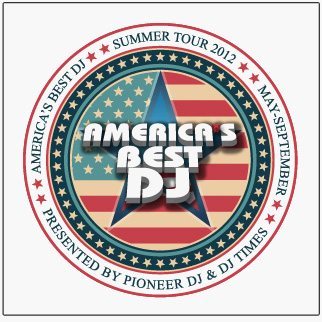 DJ Times announced yesterday the results of their poll to find the ten best DJs in America as determined by popular vote, with Markus Schulz landing the number one spot. But of special interest to us is the number of producers (and two foreigners!) who have made it onto this list – continued signs of the veritable melting pot that DJing is becoming.

Here’s the complete list of the top ten  – along with their Topdeejays.com USA ranking (an interesting baseline for gauging an artist’s online following in certain countries and networks ) in parentheticals.

We wanted to take this moment to briefly discuss the basises of these polls once again – as the contest doesn’t seem to be what it’s name would claim. Let’s take a look at each individual part of the name of this contest and ask some important questions that the industry and communities should think when creating contests:

America’s: What defines a performer as being qualified to be the best DJ in a country? It’s worth noting that Markus Schulz wasn’t American-born, but he does have dual citizenship and is based in the US as DJ Times was quick to point out below. But by their same logic, is A-Trak (who doesn’t have American citizenship) not eligible because he doesn’t have dual citizenship – or is it enough to be based out of an American city?

@therealsebleger Markus has dual citizenship and resides in Miami, FL, USA, so we felt he should be eligible for nomination.

Best: Unlike DJ Mag’s Top 100 DJs, which only claims to be a DJ popularity contest, what qualities should voters be directed to vote on when considering the “Best” DJ? (DJ Times does note in their About page that the contest is designed to find the “Most Popular” DJ) And based on current ability, or historical achievements? Maybe each DJ should have to submit a performance or have to compete in a tournament of champions? Perhaps some kind of …Disco Mix Club?

DJ: This is a very common issue in the current electronic music scene – but it seems like the best DJs would be focused and judged primarily on their DJing abilities, not the quality of their original productions. Maybe we should all finally accept that production and DJing are invariably intermingled artforms- but how do you put the mixing prowess of Z-Trip and A-Trak and weigh them fairly against the studio skills that Skrillex and Porter Robinson have had so much success with in the last three years?

Congratulations to all of the winners in this poll – but let’s all work together to find new ways to really have more interesting lists and competitions that actually test the mettle and skills of these incredible performers instead of simply relying on popularity to determine the “best” DJs in America or the world.

How would you determine the best DJs in the world – no limits, American Gladiator-style ideas encouraged – let us know in the comments.

Why Every DJ (Even Big Names) Need Spontaneity In Their Sets