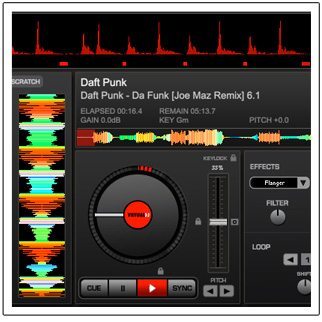 Over at Atomix Productions the development team continues to work on the long-awaited release of Virtual DJ 8, a complete rewrite of the popular DJ software – but to tide over its users, they’ve released an update to the software with a few popularly requested features. The biggest change is the introduction of colored waveforms to the software, like those that have been found in Traktor and Serato for a while now. According to the changelog thread in the VDJ forms, the waveforms are colored to roughly match the sound spectrum, with the low ends as yellow/purple/red,  mids as various shades of green, and highs that have a brighter blue color.

A number of smaller changes also came through in this update of the software, including: