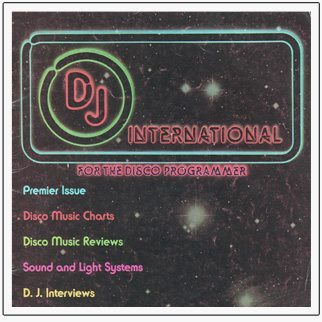 For a lot of DJs who are relatively young, it’s easy to forget that the culture and media that surrounds DJing today comes from a long history of publications and communities that have come and gone throughout the years. Even DJ Techtools was largely born out of Ean’s Digital DJ column from the now-defunct Remix magazine.

Today, the folks over at Gridface (an online electronic music magazine) have discovered a relic of DJ publication history, an issue of D.J. International magazine from Spring of 1979. The publication was started by Rocky Jones, who would in 1985 go on to start a formative Chicago house label with the same name as the magazine. Gridface’s Jacob Arnold notes the wide array of topics covered in this inaugural issue:

Jones surveys DJs on the topic of unionization, observing “a fear of corruption and unfair practices.” Another piece describes the first annual Aragon Ballroom “Battle of the D.J.’s” won by Kenny Jason. (In a possible case of sour grapes, a couple of Gay Chicago articles from the period imply that Jason won because he was associated with the event promoters.) There are profiles of Kenny Jason, Lou DiVito, Rick Gianatos, and Al Siewart, as well as photos of many other DJs.

Interestingly, a blurb on Chicago raising its drinking age predicts a resurgence in juice bars. There is also a short article on local disco diva Linda Clifford, whose singles, in particular “Don’t Give It Up,” are still played by house DJs in Chicago.

I’ve included my favorite page from the publication down – detailing the Battle of the D.J.’s mentioned above – and you can use the links below to check out the full gallery of the publication. It’s pretty incredible to read how the artform of DJing and the technology used is discussed in that era of disco. 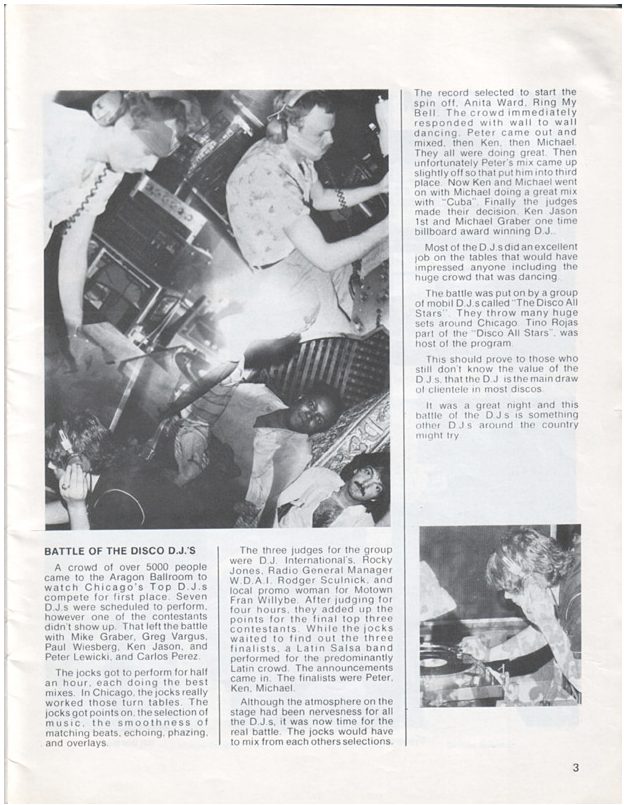