Kontrol Z2 Innofaders: The Inside Scoop

Just over a week and a half ago, Native Instruments announced the forthcoming Kontrol Z2 mixer, and many of our readers were excited to discover that it features three Innofaders, the crossfader and the line faders. But as the excitement grows over NI’s latest offering, so too have the questions surrounding the Innofaders inside the Kontrol Z2. Today we’ve got an exclusive interview with the Innofader’s designer, Elliot Marx to learn more about the story behind the advanced faders in the Traktor Kontrol Z2.

The Mini Innofader has been in existence for nearly a year, and we’ve been waiting patiently to start seeing controllers that make use of the slick performance of this size-conscious fader. The Kontrol Z2 Traktor mixer has all Mini Innofaders, taking the place of the normal Alpha faders that are found on the Kontrol S4, S2, and F1. To get the full background on how the Mini Innofader has changed while working with the Traktor team, we contacted the man behind the Innofader, Elliot Marx. 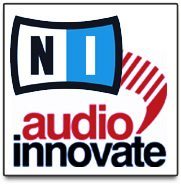 DJTT: How did the Native Instruments + Innofader relationship come about?

Elliot: I first contacted Aureliano Pisa, (Native Instruments Hardware Product Development Team Leader) in the run-up to NAMM 2012. Aureliano and I had previously worked together at Numark and I wanted to get feedback on the new Innofader product. At NAMM, I met with Aureliano and Jim Mazur (Head of Product Design for Traktor) and introduced them to the Mini Innofader. It was clear that they had done their research and had received a positive response from the Innofader users they spoke with. There were a few more meetings and even though things were moving forward, I still had no idea that the product in mind was the Kontrol Z2; I really thought the Mini Innofaders were for an S4 upgrade or another controller.

DJTT: How different are Kontrol Z2 faders compared to the Mini Innofader we reviewed in January? 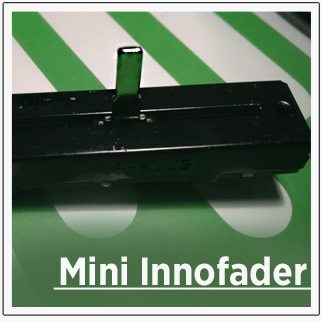 Elliot: Native Instruments provided a tremendous amount of feedback which has done much to refine the unit DJ Techtools reviewed earlier this year (pictured to the right).

DJTT: Do the faders behave any differently when the Z2 is used as an analog mixer versus being used as a MIDI controller?

Elliot: The Innofader is slightly faster when the Z2 is being used as an analog mixer because the analog audio and crossfader signals don’t need to be routed through the computer. The delays are small – on the order of a few milliseconds at most – so the guys who would notice such a thing are hardcore scratchers.

DJTT: Are there plans for NI or Audio Innovate to offer replacement faders for the Z2 outside of the warranty period?

DJTT: What about offering Mini Innofaders with different tension settings for Z2 customers who want more or less tension in their faders?

Elliot: When we introduce the mini Innofader as a retail product, most likely we’ll offer 2 different tension settings as such. 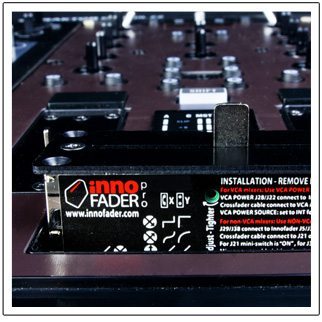 DJTT: If someone was happy enough to toss their warranty out of the window, would there be any way to get a full size Innofader in the Z2?

DJTT: Kontrol S4/S2 customers- can they buy Mini Innofaders and make the upgrade?

Elliot: Currently we haven’t set up the Mini Innofader to do this. This would be something we’d consider in a retail model. I actually wired a mini Innofader in the S2 and found it didn’t work since the very basic VCA was not compatible with the circuit there. The S4 uses a unique mini connector to save space so that would be another thing required to make this work (Editor’s Note: Check our 2011 article for more information on how to upgrade your Kontrol S4 crossfader to the Innofader).

DJTT: Can we expect to see any other “Innofader Inside” products coming from NI in the future?

Elliot: I would say a lot depends on the success of the Z2. And if NI does have such plans, I wouldn’t know about specifics until pretty late in the game. As I said earlier, I thought that the Mini Innofaders were going into a MIDI controller up until I saw a Z2 prototype a month ago.

Today’s article was in response to quite a few questions and curiosity we got from users about the faders on the Kontrol Z2 – if you’ve got more that you want to know about the Z2 (or any DJ product!) feel free to let us know in the comments or on Twitter @DJTechTools.

Learn more about the Kontrol Z2 and preorder one with free Chroma Caps in our store.