Amongst the recent Serato DJ software announcements, Pioneer announced the upcoming release of the DDJ-SX2, which comes just in time. With the latest release of Serato DJ 1.7.0, Pioneer has created the first controller that natively supports the Serato Flip controls inside the Serato DJ software. This controller inherits two of the top features from the top of the line DDJ-SZ: performance pads with velocity control and on-jog digital cue point markers. Read more about how the DDJ-SX2 is the industry’s first controller that will fully use Serato’s Flip feature, giving DJs ultimate cue-point control.

In the latest Serato DJ, Serato Flip is the new feature that lets the DJ record hot cue combinations and replay them on a loop. The multi-colored, performance pads being used to trigger cues are recorded and automatically become a loop that same sequence on demand. The DJ will get six slots of hot cue sequences to use that can all be played back at a later time. On the controller itself are slot, record, and start buttons that short-cut straight to the Serato Flip feature.

The performance pad updates are not limited with just Serato Flip. The DDJ-SX2 now incorporates the highly functional multi-colored pads to control eight types of Serato DJ functions. The pads below the jog wheel offer Hot Cue, Roll, Slicer, and Sampler functionality. The velocity Sampler mode will output the volume based on the strength of each tap, allowing for swing to be added to a performance.

Jog wheels are continually improving in Pioneer’s DJ controllers and the DDJ-SX2 further cuts down on latency. Scratch performances are said to be at their highest levels within the controller. This model will also contain Hot Cue Countdown which, via its JOG Display, will give users the time remaining to a Hot Cue point. This can give a DJ more control and accuracy when executing complex mixes.

The DDJ-SX2 also features a 4-channel mixer that not only can be used within the controller. The independent mixer can also be used with external sources such as turntables and additional CDJs. The master provides instantaneous sound levels along with independent out controls and a display indicator for all four channels when used as a standalone mixer.

The DDJ-SX2 features four external inputs that can be connected to any other gear a DJ may have in their arsenal. The standalone functionality allows the mixer to be used even without being connected to a computer.  The DDJ-SX2 will also continue to fully support Serato by incorporating the Serato DJ DVS function. DJs will have the option to buy an expansion pack that will allow for the performance of Serato DJ deck control on the DDJ-SX2 side by Pioneer CDJ players or analog turntables. The DDJ-SX2 will also include high quality audio, slip mode, multiple connection options, a built-in soundcard, needle search, Traktor TSI, and an adjustable crossfader for any type of mixing. 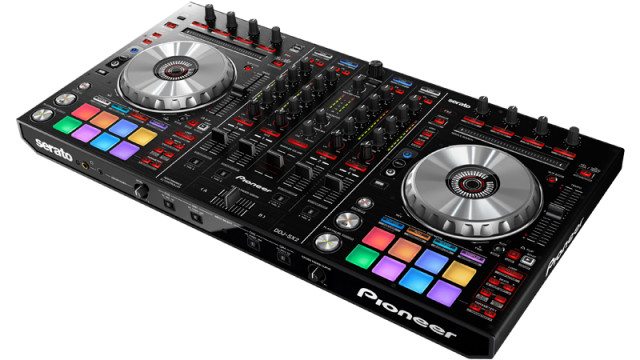 Serato is making headlines lately and with the new software Pioneer took the chance to create a new controller centered on the Serato Flip feature along with adding more functionality. This controller is going to be one of the standards for the new software and since the performance pads are the same ones from the DDJ-SZ, it is safe to say the DDJ-SX2 will be a strong choice for Serato DJ users. This controller isn’t set to be released until October 2014 and is now priced at $999.00.

Interested in the earlier DDJ controllers? Support DJTT and check them out in our store!
(We’ll have the DDJ-SX2 in stock on release)